The harpy eagle is a beautiful (but not so colorful) bird. 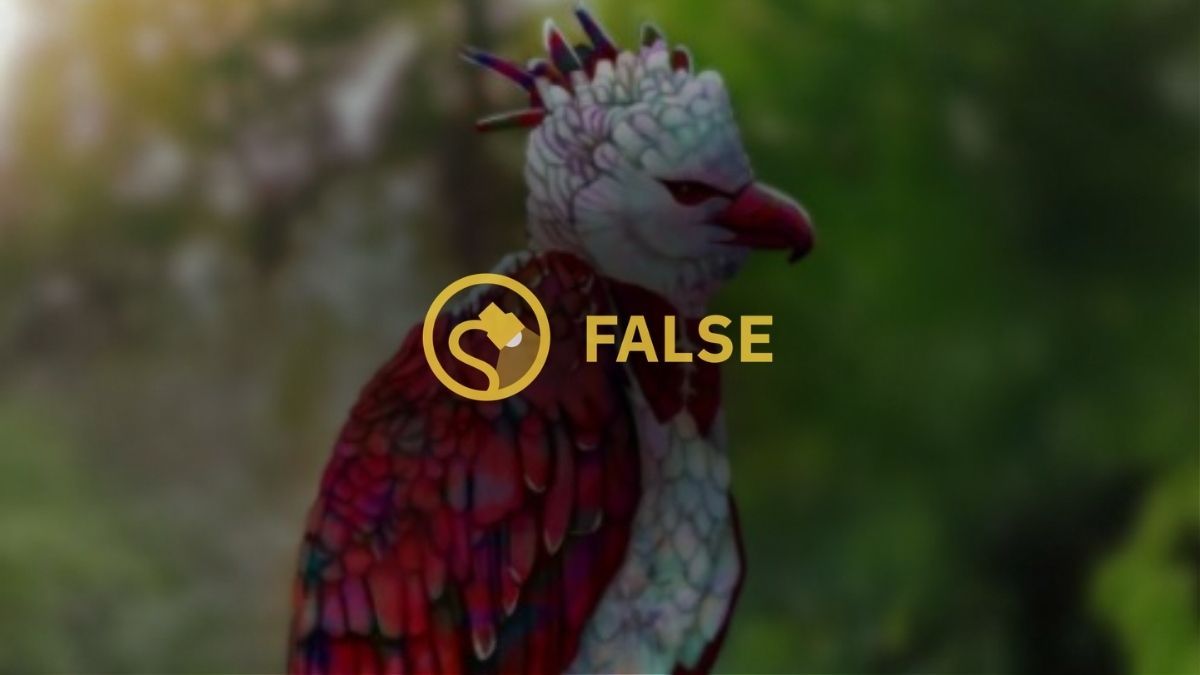 This is not a genuine photograph of a harpy eagle. This image was digitally edited to make this beautiful bird appear more colorful than it is in reality.

This image was created by Arstation user Godserg_art circa 2018 as part of a series of rainbow-colored animals. The original posting was accompanied by tags such as "Digital Painting," "illustration," and "speedpaint," as well as a note from Godserg_art indicating that the software Photoshop was used to create this image.

Godserg_art also created a rainbow tiger, a rainbow bear, and a rainbow wolf, all of which are clearly artistic renderings and not genuine photographs:

The harpy eagle is the largest raptor in the Americas and one of the largest in the world. Full-grown harpy eagles have a wingspan that extends nearly 7 feet across and have talons that rival bear claws. The American Bird Conservancy writes:

These powerful eagles are at the top of the rainforest food chain and have no natural predators. They prey on tree-dwelling mammals including sloths, monkeys, and opossums; large birds such as macaws and curassows; and reptiles like iguanas and snakes.

Truly impressive birds, Harpy Eagles' legs are as thick as a person's arm and their talons are three to four inches long — the same size as a grizzly bear's claws!

Although these are impressively large raptors, they aren't particularly colorful. PBS writes:

"The harpy eagle has dark gray feathers with a white underside. A black band of plumage spans its neck and a fan of gray feathers crowns its head. Male and female plumage is identical."

Here's a genuine photograph of a harpy eagle: