A humorous video about the "Rainbow Creamery" is part of a series that spoofs popular Pinterest recipes. 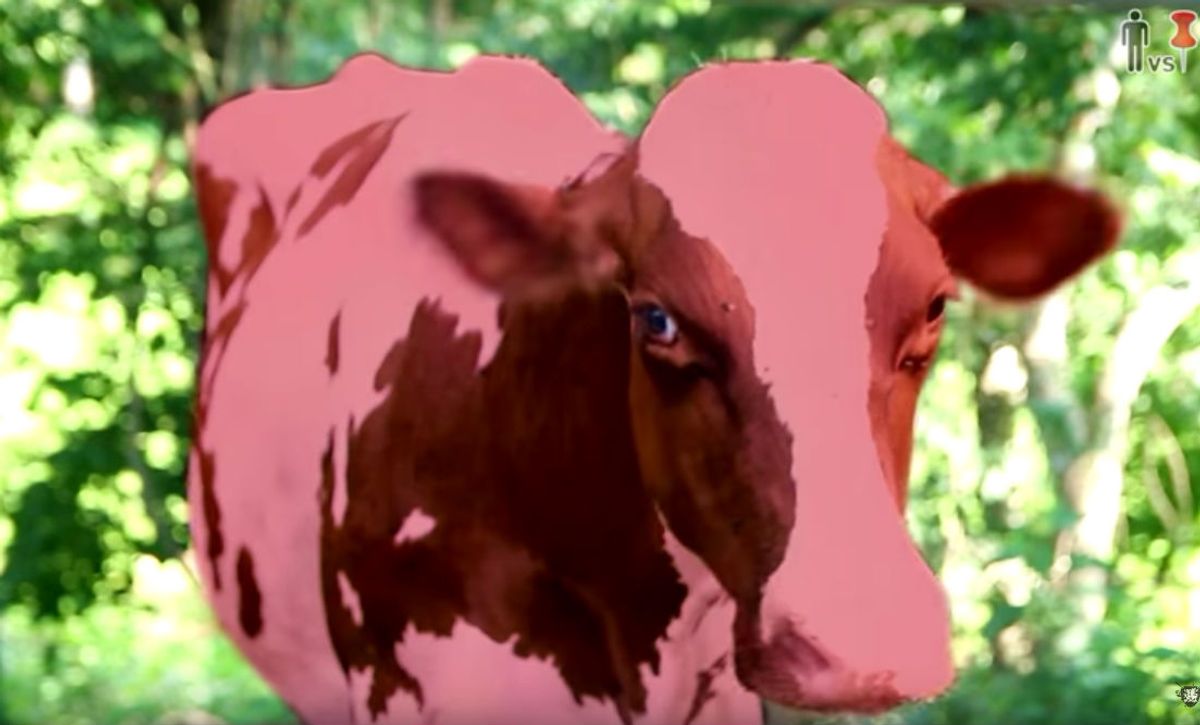 Image Via Man vs. Pin/YouTube

Claim:
A video shows a real farm that gets rainbow cheese from rainbow cows.
Rating:

On 30 July 2016, a video purportedly showing "rainbow cows" was posted to YouTube, along with the claim that the footage revealed the the true origins of rainbow grilled cheese (a recipe that can be found on sites such as Pinterest):

The video displayed above was viewed more than two million times within two week of its initial posting, and was convincing enough to leave some viewers befuddled. Does rainbow cheese really come from rainbow cows?

The "Man vs. Pin" series typically features videos based on popular Pinterest posts, in which its host, Rob, lampoons some of the do-it-yourself suggestions and recipes that lurk there and tests them to see how viable they actually are.

The rainbow cows video might be confusing to people who aren't already familiar with Man vs. Pin, because of its occasionally deadpan presentation.  However, the biggest giveaway (other than the fact that rainbow cows don't exist) can be found in the video's description, where the link to visit the Rainbow Creamery web site instead goes to the music video for the Rick Astley song "Never Gonna Give You Up" (a classic Internet troll).

In case you're curious, recipes for rainbow grilled cheese only require that you add food coloring:

No rainbow cows are needed.