Is This a Real Rainbow Grasshopper?

And does it have a pot of gold at the end of each leg? 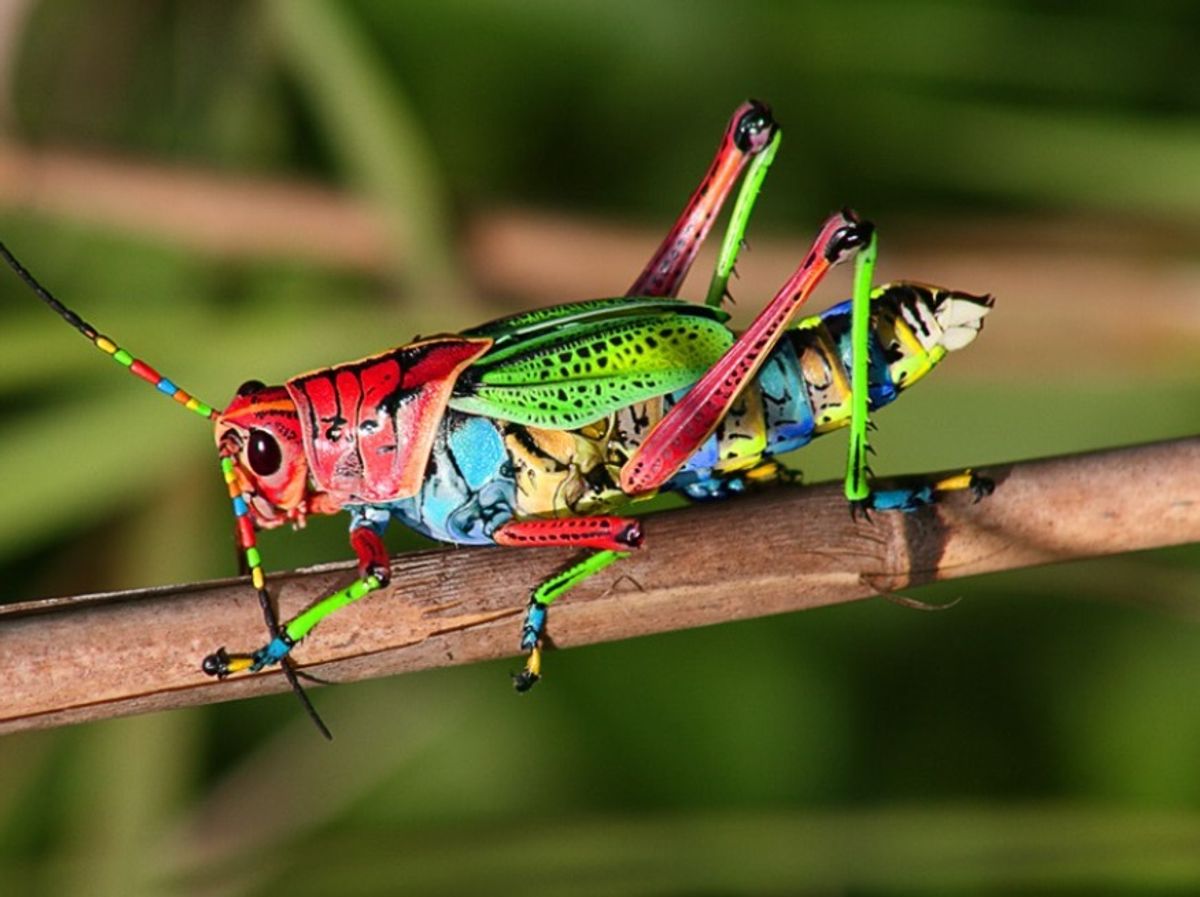 Nature offers many examples of wondrously-colored animals and plants, perhaps none more brilliantly-hued -- at least according to one online example -- than the rainbow grasshopper of Costa Rica:

Alas, although the rainbow grasshopper is a real creature, it is not naturally so brightly colored. This image was created as an entry in a Photoshop contest hosted by Worth1000 (now DesignCrowd). Titled "Color Blind," that contest challenged participants to:

Color as we know it is boring. Why not have lavender taxis, orange seawater or blue frogs? In this contest you should change the ordinary colors of objects in your image, while keeping everything else their ordinary color.

The "rainbow grasshopper" image was created by a participant who digitally infused a good deal of color into a photograph of a grasshopper whose real appearance featured decidedly more subdued tones: The genuine rainbow grasshopper (Dactylotum bicolor, also known as the painted grasshopper or barber pole grasshopper) is native to North America and is indeed quite colorful in its own right -- but in a different way: