Was There a Double Rainbow Around Buckingham Palace After the Queen’s Death? 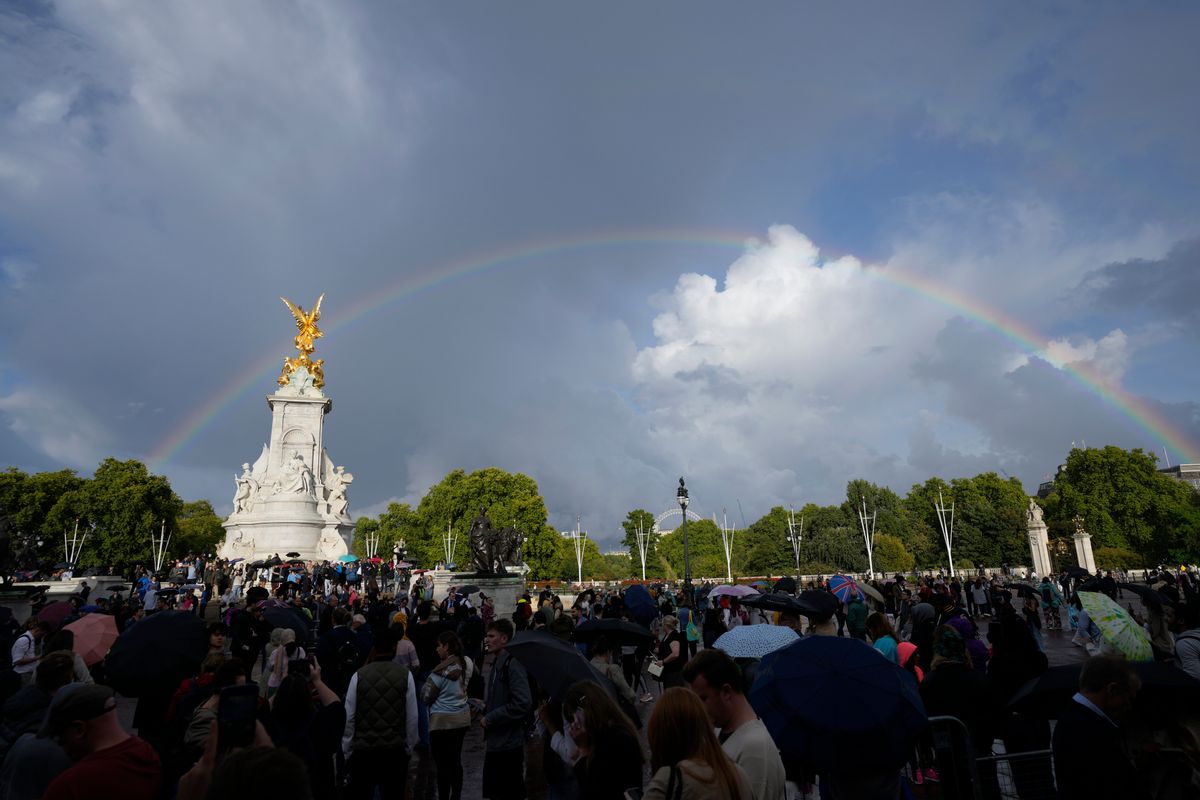 Claim:
A double rainbow was spotted above Buckingham Palace on the day of Queen Elizabeth II’s death.
Rating:

As concern over Queen Elizabeth’s health spread on Sept. 8, 2022, Londoners noticed a double rainbow visible above Buckingham Palace. Before and after news of her death broke, many tweeted about the rainbow:

Getty’s Royal photographer Chris Jackson pointed out that the rainbow only appeared for a few minutes as the flag above Windsor Castle was being lowered to half mast.

Getty photographs from that same day show that a double rainbow was indeed visible in the sky facing Buckingham Palace on the day of the Queen’s death. People gather outside Buckingham Palace in London, Thursday, Sept. 8, 2022. Buckingham Palace says Queen Elizabeth II has been placed under medical supervision because doctors are "concerned for Her Majesty's health." Members of the royal family traveled to Scotland to be with the 96-year-old monarch. (AP Photo/Frank Augstein)

“A Rainbow Is Seen Outside of Buckingham Palace on September 8, 2022…” Getty Images, https://www.gettyimages.com/detail/news-photo/rainbow-is-seen-outside-of-buckingham-palace-on-september-8-news-photo/1243045271. Accessed 8 Sept. 2022.