Is Rain That Falls in Smoky Areas After a Wildfire Likely to Be “Extremely Toxic”?

The one-two combination of wildfire and rain can produce some risks, but toxic rain is not one of them. 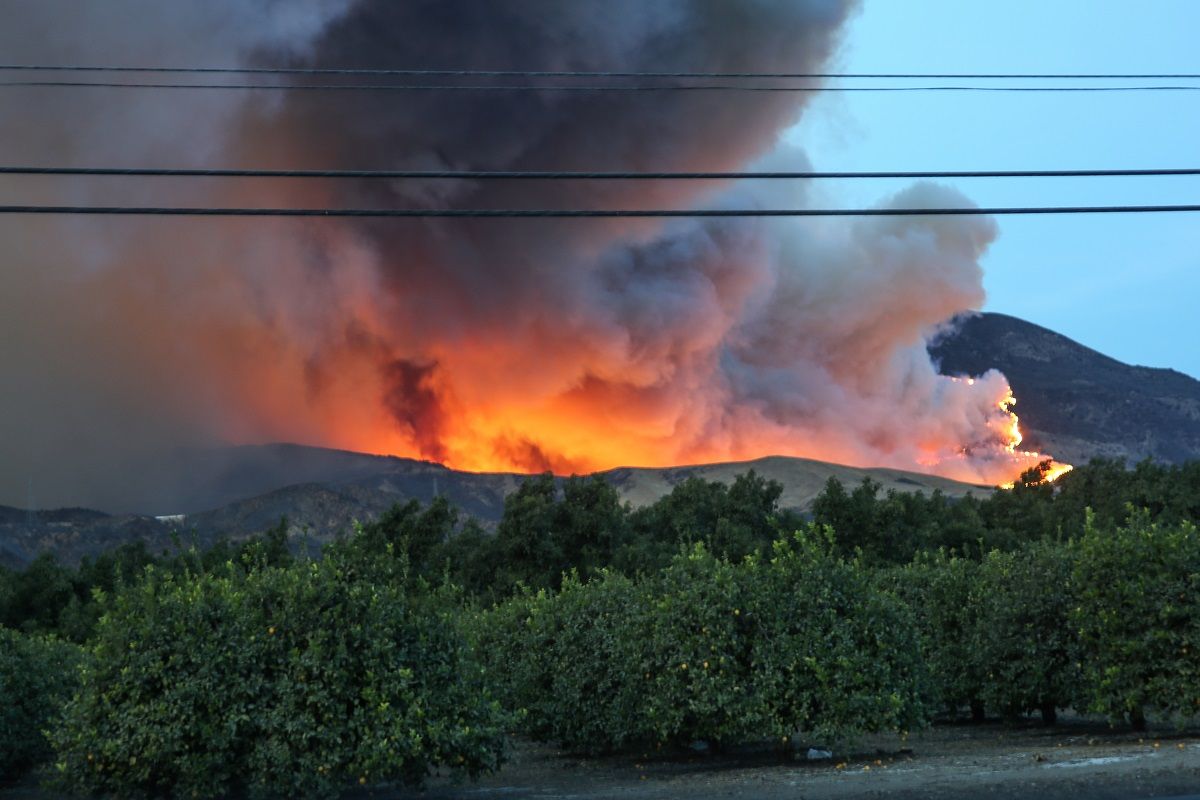 Claim:
Precipitation in smoky areas following a wildfire is likely to be extremely toxic.
Rating:

In November 2018, in the aftermath of several massive California wildfires, including the historically destructive and deadly Camp Fire, several items purporting to offer warnings or advice for people affected by those fires spread widely online. One example, presented as several news outlets reported on the potential for rain to develop in the still smoldering regions affected by the Camp Fire, was that the rain in these smoky regions would “clean out” the air but result in toxic rainfall: Such warnings made a specific assumption: Water that falls as precipitation in smoky areas develops toxicity prior to its hitting the ground. This is clear both in the post’s explicit statement that the rain will be “extremely toxic,” and in the implicit assumptions inherent in the post's tips for potentially avoiding that danger. The text refers to danger to pets during the storm, for example, and suggests the water that falls on your clothing (presumably from precipitation) requires a change of garb.

How this danger would present itself, although not actually described in the post, could conceivably be explained by one of two mechanisms. First, it could be that toxin-containing particulate matter in the smoke will necessarily become contained within the raindrops that fall to the ground, on your clothing, or on your pet. A second possibility is that people have conflated rain following a wildfire with acid rain, which forms in the presence of sulfuric (and to a lesser degree nitric) gases released from burning fossil fuels. Either of these mechanisms as an explanation for how rain following a wildfire could be dangerous is lacking, however.

Acid rain is principally caused by the emission of sulfur dioxide (SO2) from burning fossil fuels, which becomes sulfuric acid that is incorporated into rainfall. Fossil fuels (i.e., rocks, gases, and oils derived from material that was once living but has been converted into a mess of flammable carbon-based compounds over millions of years) are naturally likely to contain sulfur compounds. Though fossil fuels are generally produced from the sulfur-free carbon of microscopic organisms, the conditions such material is exposed to over time often introduces sulfur into the chemical matrix. It is this sulfur that is most responsible for acid rain.

Wildfires, on the other hand, involve the burning of currently (or recently) living carbon products such as trees and brush, which have not undergone any processes that would incorporate large quantities of sulfur into them. Therefore, the gas emitted by wildfires is dominated by carbon dioxide and carbon monoxide with little to no sulfur dioxide. These escaping gases do not serve to acidify the rain in any meaningful way.

No doubt the smoke from wildfires, especially those that burn through residential areas (as in the case of the Camp Fire), contains myriad dangerous toxic chemicals that can harm human health. Indeed, smoke has the potential to contain a cornucopia of toxins:

This is one of the reasons why the air quality index in regions downwind of the Camp Fire (and others) is so poor, and why people have been warned to stay inside or wear masks. If, however, the fear is that these materials will get incorporated into the rain, then that explanation is unworkable, and the reason is simple: that particulate matter is no longer there. Instead, the most dangerous particulate matter produced by the Camp Fire has been diluted and dispersed across a massive stretch of land to the south.

We reached out to the California Department of Water Resources to ask about the claims made of toxic rain following wildfires, and our query was forwarded to the California Air Resource Board. There, a spokesperson told us via email that the toxic rain claims were dubious due to the migration of particulate matter after the fire: "Emission from homes and other structures that burned already dispersed with the prevailing winds last week. The smoke we are seeing now comes from vegetative matter still burning."

The California Air Resource Board also told us it was unlikely that particulate matter could become incorporated into California rain even if it existed in high concentrations in the area of the fire: "Large-scale weather systems (like the one California expected and received late last week), tend to dilute wildfire smoke to a point where it becomes nontoxic to human health."

For those two reasons, it is unlikely the rain that falls in “smoke affected areas” contains much in the way of dangerous particulate material, toxic or otherwise.

Some confusion regarding the danger posed by rain following wildfires can potentially be linked to the real potential for toxic effects to water bodies in fire-burned regions. Wildfires can affect the health of aqueous ecosystems, although not via a process that involves the transportation of toxins through raindrops. Instead, the mechanism would be from the increased runoff of sediment and ground chemicals into water bodies as a result of the loss of roots and vegetation:

Wildfires can affect the physical, chemical, and biological quality of streams, rivers, and lakes. After a fire, increased runoff provides the pathway for the transport of chemical-laden sediment to surface water, which may have substantial water quality impacts.

One primary water quality concern after a wildfire is nutrient loading. Burning vegetation frees up substantial amounts of key nutrients such as phosphorus and nitrogen, which can lead to massive algal blooms that deprive water of its oxygen -- killing animals while producing toxins:

Burning vegetation releases nutrients contained within plants including nitrate, ammonia and phosphate. At high concentrations, ammonia can be toxic to fish and other aquatic life. Elevated nutrient concentrations, especially nitrate, can be a concern if downstream uses include a public drinking water supply. Increases in nitrogen and phosphorous concentrations also may lead to algal blooms resulting in extreme daily fluctuations in oxygen or oxygen depletion as plant photosynthesis, respiration, and decomposition intensify. Anaerobic conditions (i.e., lack of oxygen) stress aquatic organisms and can alter a wide range of chemical equilibria, which may mobilize certain toxic pollutants.

While these threats are real and accurately described as the result of rain falling on burned areas, it would be inaccurate to suggest that the rain itself contained toxins or other health risks. The dangerous effects would begin only after the water had fallen on the ground.

Rain following wildfires poses unique risks to burned areas. Most significantly, the lack of vegetation makes catastrophic mudslides much more likely. While firefighters working the Camp Fire were looking forward to the fire-fighting potential of rains later in the week, they were also wary of the effect the precipitation will have on search and rescue efforts:

Hundreds of searchers continued looking for human remains in the ashes in Paradise and outlying areas ravaged by the blaze Nov. 8, with the body count increasing daily. Rain in [the] forecast added urgency to the task: While it could help knock down the flames, it could hinder the search by washing away fragmentary remains and turning ash into a thick paste.

While humans and their pets should certainly avoid standing water in burned regions (which could contain chemicals leached from ash already fallen the ground), the process of having toxins rained upon you in smoky areas is not one to be worried about.