Is This Rachel Levine's Family Photo?

Rachel Levine is the first openly transgender federal official to be confirmed by the Senate. 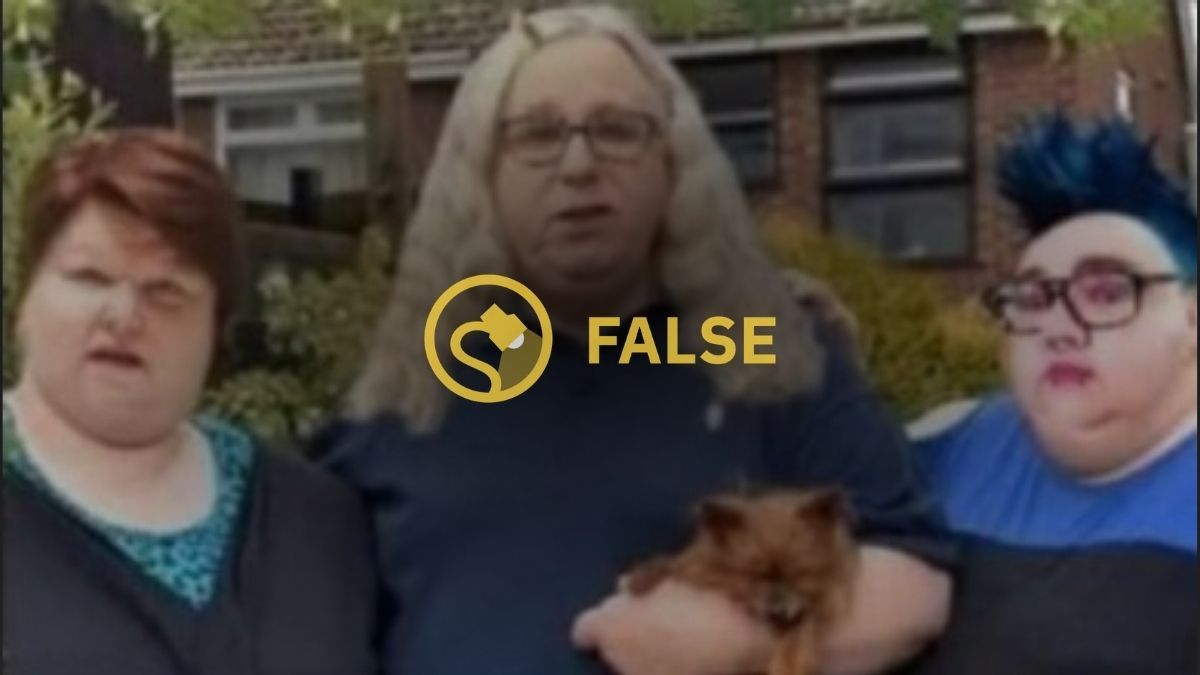 In January 2021, a photograph supposedly showing Dr. Rachel Levine, the first openly transgender federal official to be confirmed by the U.S. Senate, and her family was circulated on social media accompanied by hateful and transphobic comments: This is not a genuine photograph of Levine and her family.

The above-displayed image is a photoshopped creation that originated with an image of Samantha, Phillip, and Emma Chawner, a family in the United Kingdom who have become known for their struggles with weight loss. The Chawner family first shot to attention in 2007 after Emma performed on the X-Factor. Emma was rejected from that show, but the Chawners soon found themselves on another reality show called "Lorraine Kelly's Big Fat Challenge."

While the above-displayed meme is frequently shared as if it shows Levine's family photo, it was also circulated during the holiday season with holly around the edges and the caption "secular greetings."

Here's a comparison of the "secular greetings" version of this image (left) and the genuine photograph of the Chawners (right):