Is the Quokka a Real Animal?

Understandably, some readers found this critter's natural smile too good to be true. 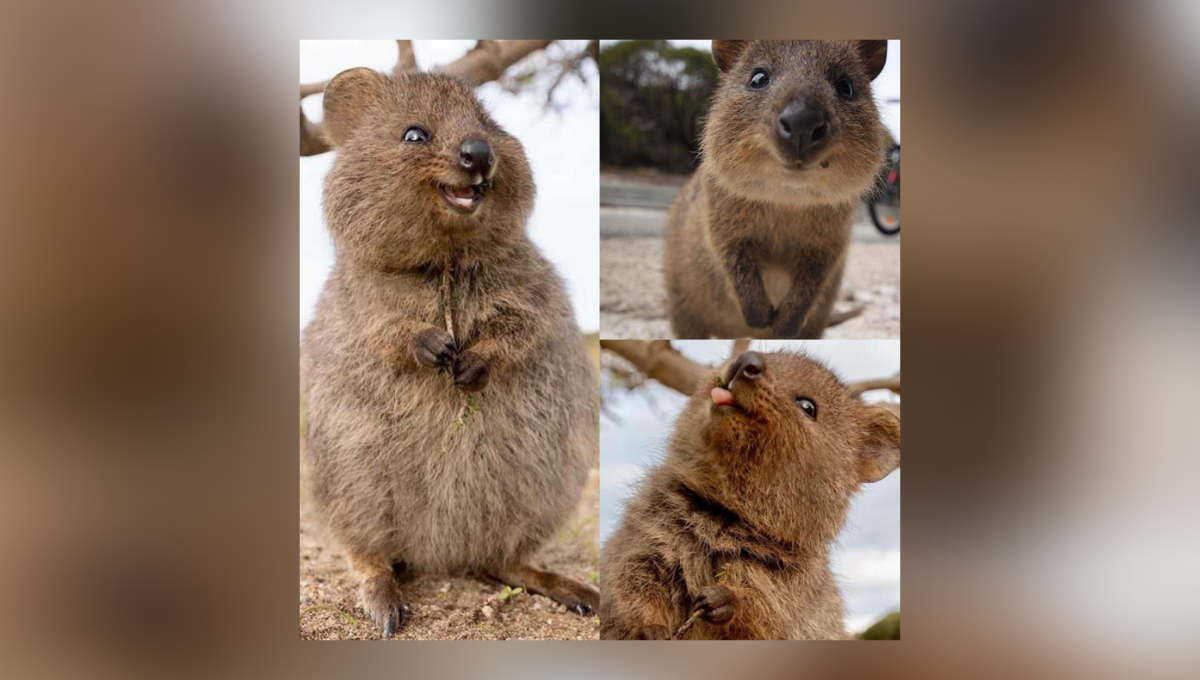 One odd genre of fake photographs we encounter often involve stuffed animals or toys passed off as real animals. For instance, the "world's cutest rodent," this "short-tailed weasel," this "zunzuncito bird," this "adorable bunny," and this "Giant Japanese Emperor Moth" are all human-made objects that have been mistaken for real animals.

In March 2020, we started receiving questions about another animal that some readers thought was simply too cute to be real: the quokka.

Photographs of the quokka are frequently shared with captions such as "the happiest animal on earth." While we have found no surveys measuring the happiness of the world's animals, we can confirm that this is indeed a real animal.

The quokka (Setonix brachyurus) is a member of the marsupial family that lives in Western Australia. These small wallabies can climb trees, survive on a diet of plants, and are about the size of a house cat.

The Quokka, Setonix brachyurus, was described by early Dutch explorer, Willem de Vlamingh, 'as a kind of rat as big as a common cat'. His first sighting of the Quokka was on an island off the mouth of the Swan River. He named the island Rottenest ('rat nest') in honour of this sighting. The island is now known as Rottnest Island.

Essentially the Quokka looks very much like other wallabies. It has short, very coarse and thick grey-brown fur over most of the body with lighter parts underneath. Its facial features consist of a naked nose on a short, broad face with rounded furry ears. The tail is relatively short and mostly devoid of hair. In contrast, the hair on the feet extends to cover its claws.

As stated in the quote above, quokkas are commonly found on Rottnest Island, off the western coast of Australia, where they've become a tourist attraction. In 2015, National Geographic published an article about the popularity of taking selfies with quokkas:

Until recently, many people outside of Australia had never heard of the quokka, a Muppet-cute (despite its beady eyes and rat's tail) marsupial with an irresistible smile.

But this week, people's selfies with the furry critter (its name rhymes with mocha) have charmed the Internet. So what's the story behind the quokka, whose chronic grin earned it the moniker "happiest animal in the world" a couple of years back?

These social plant-eaters hang out in clans, munch on swamp peppermint and other greens, store fat in their tails for lean times, dig tunnels through vegetation for napping and hiding, and hop like kangaroos — a close relative (along with wallabies).

We've collected a few additional quokka photographs from Instagram users such as @cambojones2020 and Suzana Paravac.

The quokka is often referred to as the "happiest animal on earth" because the critters are frequently photographed with what looks like cute little natural grins. These animals are also relatively docile and friendly with humans. It should be noted, however, that a few quokka-selfie-takers have been rewarded with quokka bites.

The quokka isn't the only muppet-like animal walking the earth. We've also received questions from readers wondering if real animals, such as the Shoebill stork, the Malabar Giant Squirrel, and the Hammerhead Bat, were indeed of this world.