The critters made one woman feel like she was the loser in a cage match. 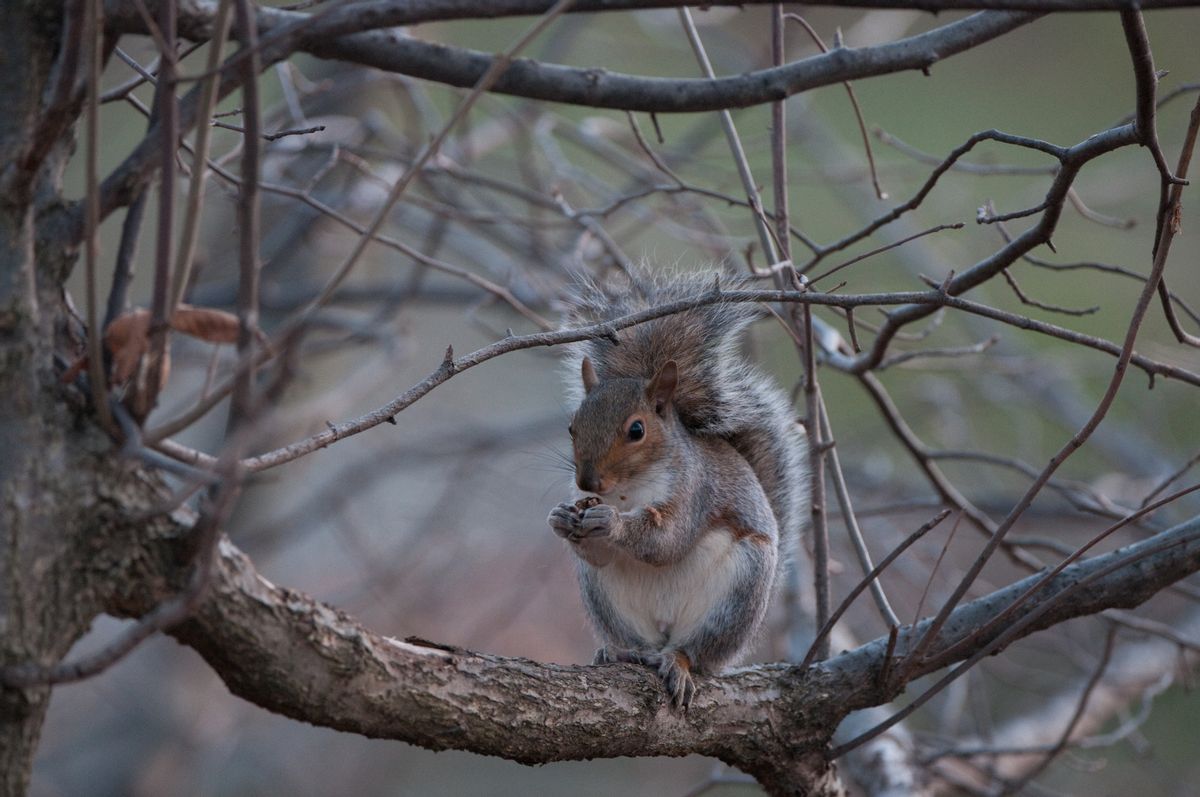 Image Via The Humane Society of the United States.

Several residents of the Rego Park neighborhood in Queens, New York, have been attacked by squirrels, sending one victim to the emergency room.

It's highly unlikely the squirrels were "rabid," as some news outlets reported. It's rare for squirrels to carry rabies.

In late December 2020, readers flagged news reports about "aggressive" squirrels attacking residents in the Rego Park neighborhood of Queens, New York, requiring one person to go to the emergency room.

"At least five people have been bitten or scratched by the rabid rodents on 65th Road and 65th Drive in the last month. One woman even had to go to the hospital," television station WPIX reported.

Although the word "rabid" is often used interchangeably with words like "vicious" or "aggressive," New York public health authorities said it's unlikely the squirrels are actually infected by rabies, a virus that causes aggression in animals and is transmitted through biting.

In an email, a spokesperson for New York City Health said it did receive a complaint about an aggressive squirrel in the area and advised residents to hire a state licensed trapper. The city said it's also working to get more information from residents about bites.

But the city's health departments pointed to data showing that squirrels rarely carry rabies — city health officials encountered no squirrels with rabies in 2020. The Centers for Disease Control and Prevention (CDC) said small rodents, including squirrels, "are almost never found to be infected with rabies and have not been known to transmit rabies to humans."

Rabies aside, Rego Park resident Micheline Frederick told a news station she was left in a "big bloody mess" after a squirrel attacked her and bit her hand. "This was an MMA cage match! And I lost," Frederick stated.

Wildlife experts indicated that the unusual squirrel behavior may be the result of someone in the area feeding them, causing the animals to lose inhibitions around people.

"Squirrels are not vicious,'" tweeted the Wild Bird Fund, a New York City-based wildlife rescue group. "This behavior is the result of someone constantly hand feeding these wild animals or illegally hand raising babies as pets and then dumping them outside once they discover what a terrible mistake they made."

We reached out to The Humane Society of the United States to ask what could prompt squirrels, which are normally wary of humans, to attack.

"Squirrels generally keep their distance from people, as their natural behavior consists of finding safe shelter and looking for a meal," Brian Shapiro, New York director of state affairs for the Humane Society, told us in an email. "Feeding wildlife, whether on purpose or not, does more harm than good, as hand-fed wild animals lose their fear of humans. These occurrences can be reduced by respecting and appreciating wildlife from a distance. It's OK to feed squirrels, but do so from a feeder — never by hand."

Shapiro recommended that young orphaned wildlife, including squirrels, should be taken to a licensed wildlife rehabilitation center.

Shapiro added that trapping animals is unlikely to resolve the issue over time because other squirrels from surrounding areas will just take over. Instead, he said, "People are encouraged to respect the presence of urban wildlife and do their best to keep a respectful distance," Shapiro said.

Squirrels are small and cute in appearance, but as WildlifeNYC points out, they "have sharp teeth and a strong bite. They may mistake your hand for food if you try to pet them or feed them by hand, so admire them from afar."