No, the Queen's Guards Weren't Buried Alive With Her

Even the Queen's funeral couldn't escape a bit of macabre humor. 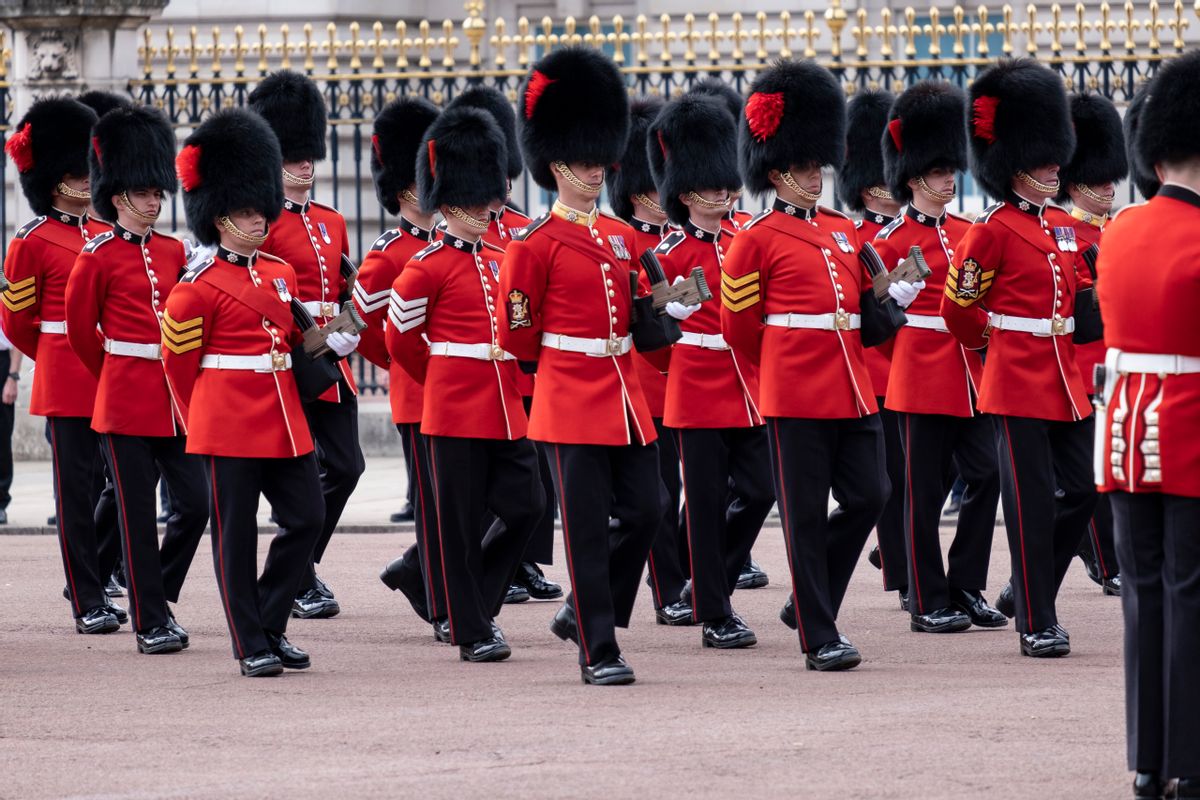 Claim:
Queen Elizabeth II's guards and staff were buried alive with her.
Rating:

In September 2022, a video of Queen Elizabeth II's funeral that was posted to the social media platform TikTok raised questions among some, namely a voice-over that said that the Queen's guards and staff would be buried with her "alive or not."

The video contains footage from the Queen's funeral and commentary that states things like, "All these guards will be buried with the Queen on Monday, so on Monday the guards and all her staff will be buried together, alive or not. So all these people that you see walking away here, literally have days to live."

The video was met with a mixture of skepticism and credulity from some who maybe thought British royal customs were more alien than they originally thought. But we assure you, the guards and palace staff are quite safe, because this is not footage from a real newscast.

The logo in the top left corner of the video may be blurry, but it says WW News, which stands for Waterford Whispers News, an Irish satirical news outlet, similar to the Onion.

WWN did its own livestream of the Queen's funeral on Sept. 19, 2022, and peppered it with outlandish, irreverent commentary.

In one joke, the host stated that the reason Elizabeth's coffin was pulled by humans was because 100 years ago, during the last queen's funeral, the horses pulling the coffin got spooked and dragged the coffin all the way to Glasgow, careening into a pub, "which is now ironically called the Queen Vic," for Queen Victoria.