No, the Queen Did Not Request That Trump Be Banned from Her Funeral

Trump once claimed that he and the queen “got along fantastically well.” 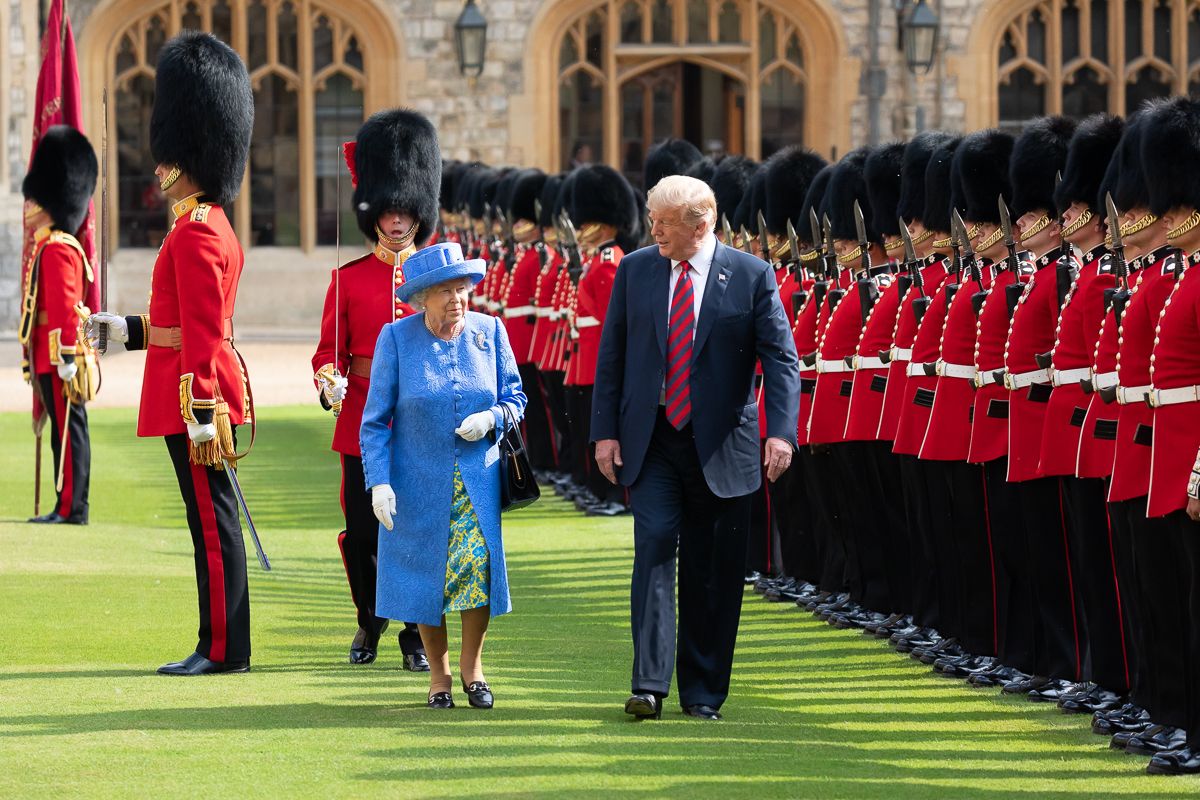 Claim:
Before her death, Queen Elizabeth II specifically requested that former U.S. President Donald Trump was to be prohibited from attending her funeral.
Rating:

Trump is not attending the Queen’s funeral, but only because the U.S. delegation was strictly limited to the head of state and his spouse.

Queen Elizabeth II’s state funeral is planned for Sept. 19, 2022, with foreign dignitaries and heads of state in attendance, including U.S. President Joe Biden. Amid speculation about the guest list for the funeral, one TikTok video claimed that the queen expressly did not want former President Donald Trump to be on the guest list.

There is no available evidence confirming the veracity of this claim. In fact, according to official documents received by Politico, only current heads of state and their partners were invited to the attend the funeral in the U.K. Trump, being a former head of state, does not qualify.

The office of former President Jimmy Carter confirmed to the news media that he did not receive an invitation. The offices of Bill Clinton, Barack Obama, and George W. Bush have not yet commented.

U.K.’s Foreign, Commonwealth and Development Office (FCDO), in a message sent to overseas embassies said that they “[regret] that, because of limited space at the state funeral service and associated events, no other members of the principal guest’s family, staff or entourage may be admitted.” However, heads of state unable to attend will be able to choose someone else as their official representative.

White House Press Secretary Karine Jean-Pierre, however, confirmed that the Bidens would be in attendance. During a press briefing aboard Air Force One on Sept. 12, 2022, she said:

[...] the invitation for the President and the First Lady came in the form of a note verbale sent from the protocol directorate of the Foreign, Commonwealth & Development Office.  It was received late Saturday night.  And as you all know, the President accepted the invitation on Sunday morning.

And so as far as invites, I would refer you to the United — the United Kingdom, their government, on that protocol generally.

The invitation was — extended to the U.S. government was for the President and the First Lady only.

Someone asked her if Biden could invite other former presidents to join him, to which she said:

Again, this is a decision that is — that is made for the UK government.  They decide who gets invited.  Again, the invite was for the President and the First Lady only.  It is for them to move to decide on how they’re going to proceed with invites, and they have.

In a statement on Truth Social and the Daily Mail website, Trump expressed his admiration for the Queen, writing: “Spending time with Her Majesty was one of the most extraordinary honors of my life.I grew up in a household where Queen Elizabeth — her grace, her charm, her nobility — were deeply admired, especially by my mother, who came from Scotland.”

Given that the U.K. invitations have only been extended to current heads of state, and the Bidens have confirmed their attendance, there is no evidence that Trump was deliberately excluded, or that such was the Queen’s express wish. We thus rate this claim as “False.”

“No Private Jets, No Helicopters, and a Bus to Westminster Abbey: VIP Guidance for Queen’s Funeral Revealed.” POLITICO, 11 Sept. 2022, https://www.politico.eu/article/queen-elizabeth-joe-biden-king-charles-westminster-abbeyonly-heads-of-state-plus-one-to-attend-queen-elizabeths-funeral/.

Sykes, Tom and Zachary Petrizzo, Tim Teeman. “Donald Trump Is Not Invited to Queen’s Funeral, and Joe Biden May Have to Take the Bus.” The Daily Beast, 12 Sept. 2022. www.thedailybeast.com, https://www.thedailybeast.com/donald-trump-is-not-invited-to-queens-funeral-and-joe-biden-will-have-to-take-the-bus. Accessed 13 Sept. 2022.