Did Queen Elizabeth Give a Knighthood to a Cat Named Ruben? 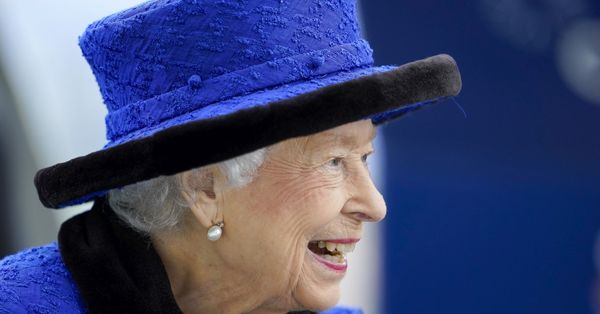 In April 2022, thousands of social media users enthusiastically shared what appeared to be a photograph of Britain's Queen Elizabeth knighting, with a sword, a black cat named "Ruben."

The April 1 post, published by the "Ruben the Cat" Facebook page, showed Elizabeth holding out her investiture sword towards a black cat whose front paws are placed on the knighting stool. The text caption read:

I am very proud to finally announce that I have become the first cat to be awarded honours by Her Majesty Queen Elizabeth II. In reality, that picture was the result of some relatively decent digital editing, and did not actually show Elizabeth knighting Ruben — a black cat from Exeter, England, who has garnered a loyal online following in recent months. The Facebook post was no more than a bit of fun, and our rating is "False."

The original photograph was actually taken in 2019, and showed the queen knighting the English actor Simon Russell Beale. The picture was taken by the PA Images (formerly Press Association) photographer Yui Mok, on Oct. 10, 2019. The PA Images caption reads as follows: The true origins of the photograph can be seen in a few key places, as demonstrated in the collage below: the facial expression of the guard standing behind Elizabeth; the presence of a man walking through the hallway into the room next to the investiture room, in the background; and the posture of the guard to the far right of the picture. All these features are identical across both pictures: Ruben is a black cat owned by the Brammer family in Exeter, on the south west coast of England. In recent months, his website and social media pages have gained tens of thousands of followers intrigued by his daily adventures and tendency to wander from house to house.