A Hollywood gossip site is hardly the most reliable source of news about the British Royal Family. 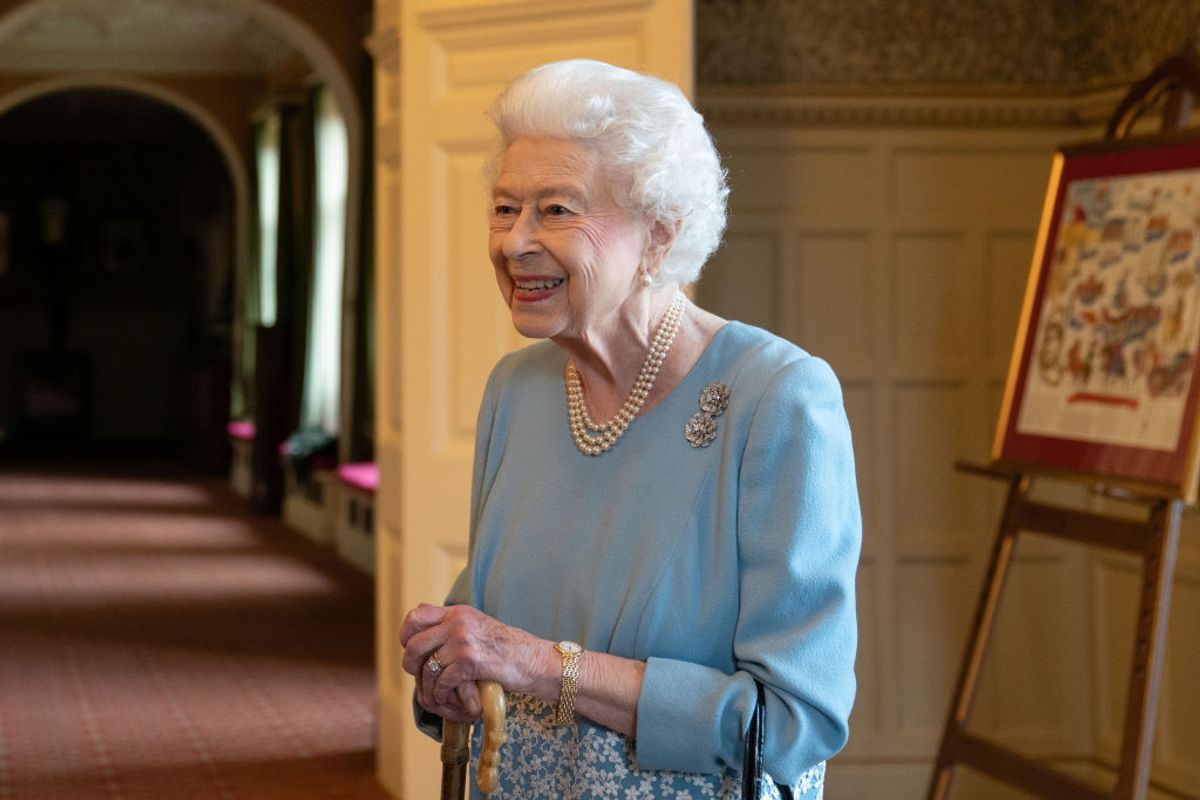 In February 2022, supporters of the British Royal Family watched on nervously as Queen Elizabeth tested positive for COVID-19, with a Buckingham Palace spokesperson explaining that the 95-year-old monarch was experiencing "mild, cold-like symptoms."

However, on Feb. 22, a Hollywood gossip site, of all sources, claimed to have received exclusive intelligence that Elizabeth had, in fact, died.

Source close to the Royal kingdom [sic] notified us exclusively that Queen Elizabeth has passed away. She was scheduled to attend the wedding of British Vogue editor Edward Enninful, but was found dead. Across several platforms, Hollywood Unlocked's supposed blockbuster exclusive was viewed many tens of thousands of times, and caused the website's founder Jason Lee, to trend on Twitter in the United States: The ultimate celebrity death hoax had taken flight. In the face of widespread skepticism about the rumor, Lee doubled down, writing on Twitter "We don't post lies and I always stand by my sources."

To complicate matters further, on the morning of Feb. 23 a Twitter account with the handle @HollywoodUL posted an "official apology" for what it described as "a mistake." However, that was itself a hoax — Hollywood Unlocked does not have a Twitter account, but rather directs readers to the Twitter account of its founder, Lee, who once again stood by the claim.

The rumor was, of course, false. On the evening of Feb. 23, the BBC broadcast its flagship evening program The One Show live from the Blue Drawing Room Buckingham Palace, as part of preparations for the Platinum Jubilee — celebrating 70 years of Elizabeth II's reign — in June 2022:

In addition, one pre-recorded segment was filmed at Windsor Castle, where Queen Elizabeth was convalescing at the time.

The circumstances surrounding the program constituted de facto proof that she was still alive. It would have been macabre, distasteful and illogical if the BBC had broadcast live from Buckingham Palace after she died, without acknowledging her passing, and in preparation for a set of national celebrations of which she was a central and indispensable part. It is simply unimaginable that such a broadcast would have gone ahead in the event of Queen Elizabeth's death, and the fact that it did is in itself satisfactory proof that she was alive at the time.

On Feb. 25, three days after Hollywood Unlocked originally published the entirely false and baseless "exclusive," and despite Lee's repeated insistence that the story was authentic, his website published a follow-up post which acknowledged it was false, and not properly sourced or rigorously checked in advance. The post quoted him as saying: "My sources got this wrong and I sincerely apologize to The Queen and the Royal Family.”