Is the Quartz Crystal 'Neither a Solid Nor a Liquid'?

It's probably a red flag if a meme starts with the phrase "forget everything you know." 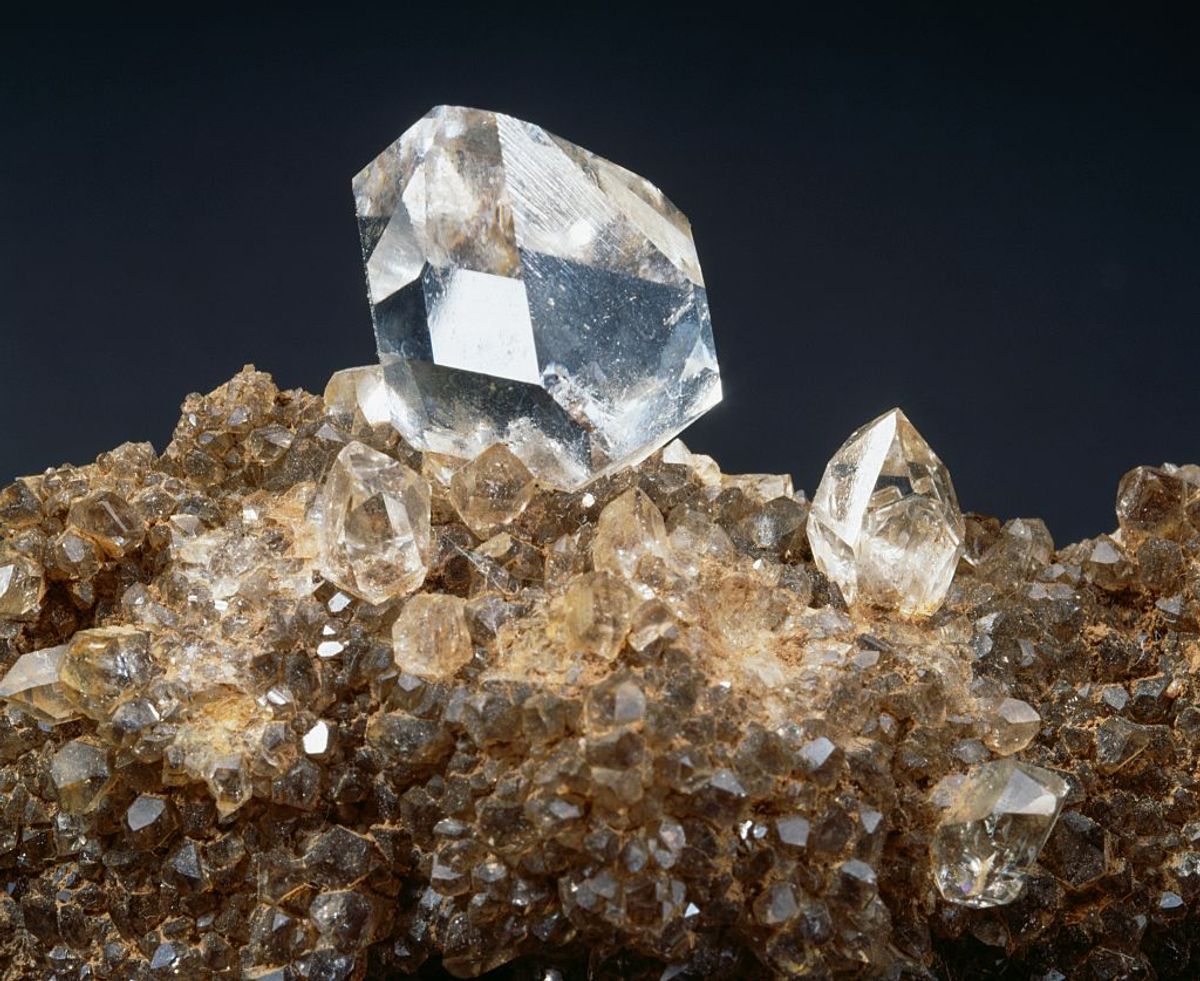 Claim:
Crystal quartz is neither a solid nor a liquid and its "vibration is the axis of the universe."
Rating:

In July 2022, some social media users shared a meme that contained an image of a crystal and text that made some rather outlandish claims (and used creative grammar):

"Forget everything you've learned. MIND BLOWER!," the text states. "The quartz crystal is neither a solid nor a liquid. Its vibrates (sic) a 786,000 pulses per millisecond! Its continuum moves faster than light... Its vibration the axis of the universe..." To ask about the properties of quartz crystal, we reached out to Govind Rao, who is a professor of chemical and biochemical engineering and director of the Center for Advanced Sensor Technology at the University of Maryland, Baltimore County. Rao, who is also served as chair of the American Chemical Society's Biotechnology Division, said quartz crystal is unambiguously a solid.

"It's very solid at room temperature," Rao said in a phone interview with Snopes, adding that, "Its melting temperature is over 1,600 degrees Celsius."

That means you would have to heat quartz crystal to almost 3,000 degrees Fahrenheit to make it a liquid.

It's true that a natural quality of quartz crystal is that it vibrates or oscillates — though it doesn't do so spontaneously, Rao said. That quality is why small quartz crystals are used in items like wrist watches or cigarette lighters as part of the mechanism that creates sparks or keeps time.

The meme "takes something that is a known property of quartz —vibrating — and adds on with considerable latitude all kinds of effects," Rao said.

The idea that it "vibrates [at] 786,000 pulses per millisecond" is a random number not based on anything factual, and the claim that its "vibration [is] the axis of the universe" is a total fabulation, Rao added.