After receiving financial support from a wide range of celebrities, a bullied boy with dwarfism was accused of lying about his age. 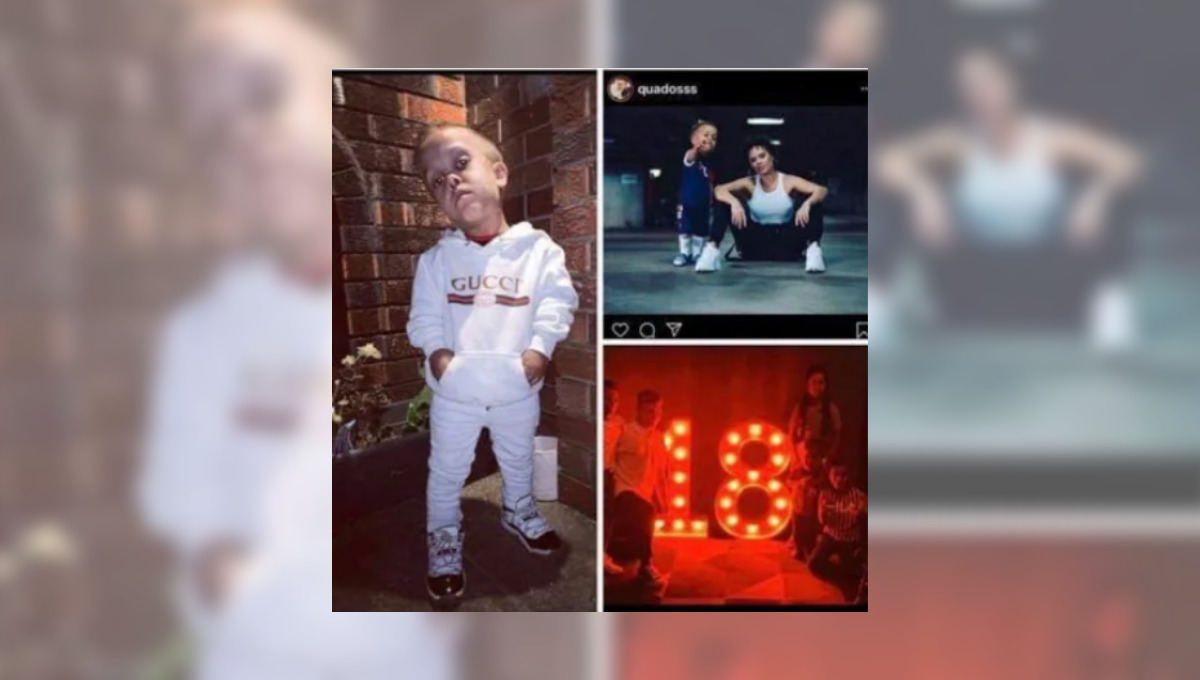 Claim:
Quaden Bayles is an 18-year-old man who lied about being a 9-year-old boy with dwarfism to scam the internet for money.
Rating:

On Feb. 21, 2020, news reports circulated about a 9-year-old boy with dwarfism named Quaden Bayles who had received emotional and financial support from a number of celebrities and online do-gooders after he was bullied at school for being "ugly." Comedian Brad Williams set up a GoFundMe for Quaden and quickly rose more than $300,000.

But some netizens were suspicious of this feel-good story and claimed that Quaden was actually 18 years old and that he was scamming the internet for money. Proponents of this claim, however, offered little in terms of proof. In fact, the biggest piece of supporting "evidence" is a photograph of the 9-year-old boy standing next to the number 18. Other photographs supposedly showing the 9-year-old boy in more "adult" poses were also spread online: It might come as a surprise to some, but standing next to a number does not automatically change your age to that number. In that same vein, wearing a shirt reading "Gucci" or standing next to an adult woman are not activities exclusively reserved for 18-year-olds.

The above-displayed pictures all come from Quaden's previously public Instagram account. The photograph of the number 18 was one of several he posted after his friend Garlen's 18th birthday party. In one photograph, a birthday message for "Garlen," not "Quaden," is clearly visible.

It should also be noted that this is not the first time that Quaden Bayles has made the news. In 2015, he was in the media spotlight due to a previous bullying incident. Here's a video report from the Australian news station Studio 10 featuring then 4-year-old Quaden:

While one may be able to argue that 9-year-old Quaden looks like he's 18, it's a bit more difficult to buy the argument that the 4-year-old in the above-displayed video is actually 13.

Yarraka Bayles, Quaden’s mother, has posted dozens of pictures of him over the years to her social media accounts. In 2012, she shared a series of photographs that showed her infant son on the beach. Bayles commented on those photographs that her son was going on 15 months old.

If Quaden Bayles was truly 18 years old in February 2020, that would make him about 11 in the 2012 photographs. But that certainly isn't the case.