Did a Python Swallow a Woman in Indonesia?

Experts have authenticated video footage showing the aftermath of a deadly snake attack in June 2018. 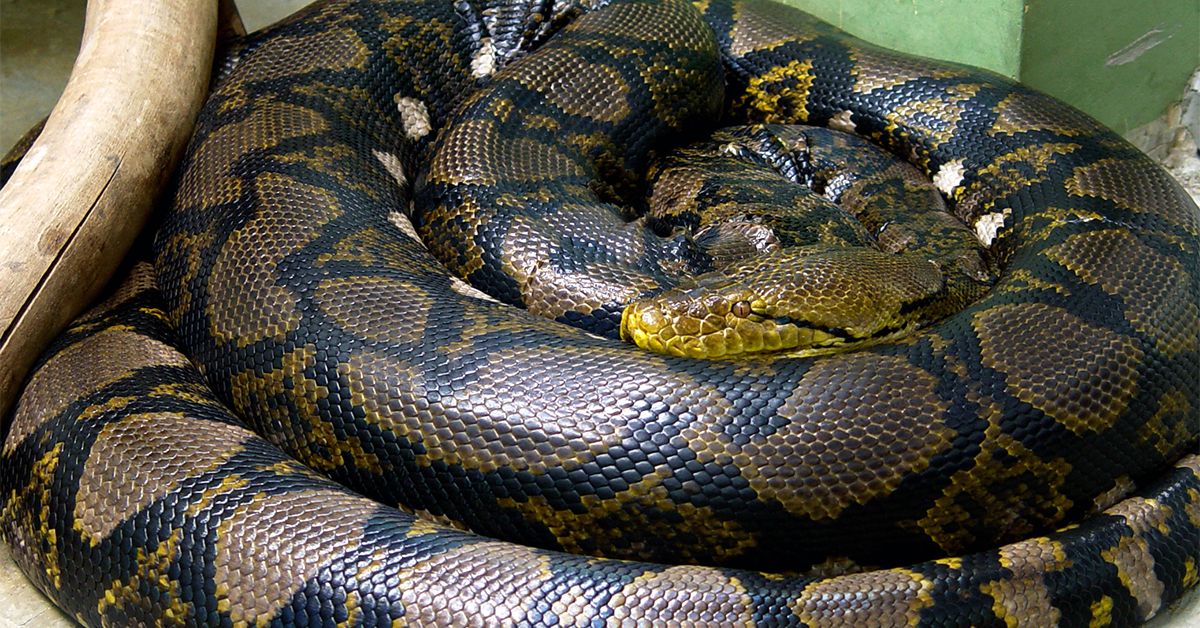 Claim:
In June 2018, a reticulated python swallowed and killed a woman in an Indonesian village.
Rating:

The physical capabilities of large snakes have fascinated and horrified human beings for many, many years, prompting a mix of myth, hoaxes, and rumors, but occasionally accurate and tragic news accounts as well.

In the summer of 2018, reports emerged from Indonesia that a python had swallowed a woman whole, such as a 16 June account from the English-language Jakarta Post:

Local resident Wa Tiba was found dead inside the belly of a 8-meter python in Muna regency, Southeast Sulawesi on Friday [15 June 2018.] Muna Police chief Adj. Sr. Comr. Agung Ramos Paretongan Sinaga said the 54-year-old housewife disappeared on Thursday night, the last night of Ramadhan, after she went to inspect her corn plantation around 1 kilometer away from her house. According to her family, Wa Tiba wanted to check the plantation because wild boars often destroyed the crops, Tribunnews.com reported.

Her family became anxious as by 6 a.m the next day she had not returned home. Her sister went to look for her at the plantation, only to find her footprints, a torch, slippers and a machete on the ground.  She immediately asked for help from the locals.

At around 9:30 a.m., residents found a big python with a swollen belly near the plantation. The locals killed the snake and dissected its stomach, in which they found Wa Tiba’s body.

The extraordinary and horrifying story garnered international attention, with articles from the Washington Post as well as the Associated Press and Agence France-Presse news agencies reaching millions of readers.

We received many inquiries from our readers about the veracity of these reports, who know from experience that skepticism is often warranted when it comes to stories about python attacks and other tales of unusually large snakes -- such accounts are often poorly documented and difficult to verify because they emerge from isolated rural locations outside the English-speaking world, and many of them have turned out to be hoaxes.

In this case, however, the available evidence supports the conclusion that the tragic death of Wa Tiba was all too real.

Tribunnews.com, the Indonesian web site which originally reported on Wa Tiba's death, included screen shots from videos which captured the dissection of the snake:

Other videos showing the dissection of the python and the recovery of Wa Tiba's corpse were posted elsewhere online, which we showed to Jim McGuire, a professor of integrative biology and curator of herpetology in the Museum of Vertebrate Zoology at the University of California Berkeley. McGuire was unequivocal in his expert assessment, telling us that:

There is no doubt in my mind — zero — that this is totally authentic. I suspect that events like this transpire on Sulawesi and its adjacent islands (like Muna) every few years. Before everyone had video capabilities on their phones, these sorts of events went unreported in the media. I’ve seen polaroid photos of the exact same scenario playing out more than 15 years ago.

McGuire explained that reticulated pythons (of the kind found in Indonesia and elsewhere in Asia) are physically quite capable of consuming human beings, and that as predators they view our species as prey:

The largest Python reticulatus ever recorded was 10 meters in length, so there is no doubt that pythons regularly achieve sizes that are more than adequate for consuming adult human beings...Like polar bears, reticulated pythons are large predators that see humans simply as another prey item.

Harry W. Greene, an emeritus professor in the department of Ecology and Evolutionary Biology at Cornell University, and the author of Snakes: The Evolution of Mystery in Nature also provided an unequivocal expert assessment of the Indonesian case. He stated that the footage showed "slitting open an adult — but I would judge not gigantic —Reticulated Python, which initially has a visibly large, but not impressively so, food lump, thereby exposing the freshly ingested (little or no visible effects of digestion) fully clothed female human, swallowed head-first."

Greene told us that python attacks are a relatively rare cause of death, even among rural dwellers in the snake's Asian habitats, but that the frequency of such deaths is likely underestimated because snakes typically hide after eating and are therefore not so likely to be detected — to record an instance of python predation, someone would have to witness the actual attack, or subsequently (as in this case) locate and dissect the snake that ate the person."

In a 2011 study, Greene and his colleague Thomas N. Headland found that 26 percent of men from the hunter-gatherer Agta Negritos tribe in the Philippines had suffered a python attack between 1934 and 1973, and six fatal python attacks had taken place against tribal members in that 39-year span. The authors also noted that the Agta hunted and ate pythons themselves and competed with them for prey, writing that "People and pythons were reciprocally prey, predators, and potential competitors."

While most observers might find implausible the prospect of a python's consuming a human being whole, Greene explained that "average meals are likely in the neighborhood of 30-60% of the snake’s mass" and "the largest natural prey items on record for giant constricting snakes (boas and pythons) are right at or slightly more than 100% of the predator’s mass."

According to Greene, a large reticulated python could weight more than 150 pounds, meaning a person weighing 90-100 pounds (60-67 percent the python's mass) would quite plausibly be prey such a snake.

We cannot verify every component of this story, such as Wa Tiba's age, the exact sequence of events leading up to her disappearance, or the statements attributed to local officials. However, the leading experts we consulted regarding this subject expressed no doubt about the authenticity of the video footage associated with the case, which first emerged online along with local news reports about the death in June 2018. They agreed that that video footage clearly shows the dissection of a large python and the recovery of the corpse of a woman whom it had consumed.

Headland, Thomas N. and Harry W. Greene.   "Hunter-Gatherers and Other Primates as Prey, Predators, and Competitors of Snakes."     Proceedings of the National Academy of Sciences of the United States of America.   27 December 2011.