Does a Coin in a Cup of Ice Accurately Tell You If Your Freezer Lost Power?

"I just heard a great tip. It's called the one cup tip." 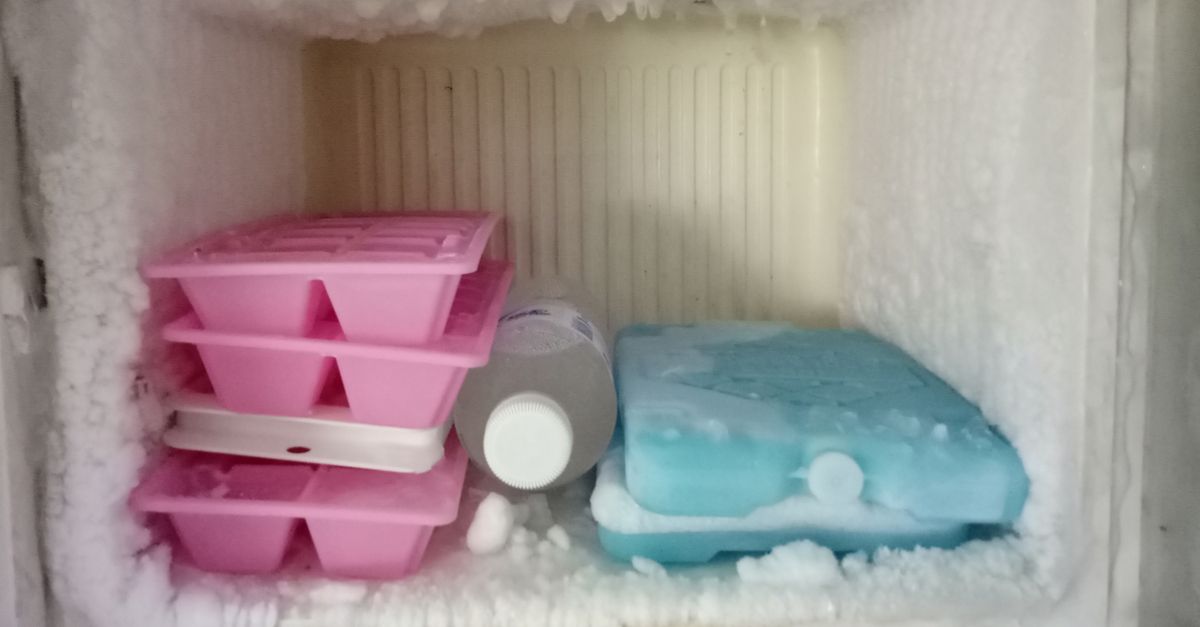 Claim:
Placing a coin on top of a frozen glass of water in your freezer can help you tell if your freezer experienced a significant loss of power in your absence.
Rating:

In the wake of numerous evacuation-necessitating hurricanes and wildfires in the waning months of 2017, a “lifehack” purporting to provide a way to make sure a freezer never lost power while the home was unattended picked up steam. The claim, at least as it is found online, appears to have its origins in a 5 October 2016 Facebook post (later picked up by outlets like Hello Giggles and Lifehacker) which stated:

I just heard a great tip. It's called the one cup tip. You put a cup of water in your freezer. Freeze it solid and then put a quarter on top of it and leave it in your freezer. That way when you come back after you've been evacuated you can tell if your food went completely bad and just refroze or if it stayed frozen while you were gone.

If the quarter has fallen to the bottom of the cup that means all the food defrosted and you should throw it out. But if the quarter is either on the top or in the middle of the cup then your food may still be ok. It would also be a great idea to leave this in your freezer all the time and if you lose power for any reason you will have this tip to fall back on. If you don't feel good about your food, just throw it out. The main thing is for all to be safe. Please SHARE this on your page.

It is certainly true that if the ice melts completely, the coin — easily more dense than water — would fall to the base before being refrozen. The problem, however, is that this scenario relies on two crucial assumptions that may not be valid:

Assumption: The coin will change position even if the melt is partial.

Because ice is less dense than water, the ice on which the coin is resting on will float on the water it creates as it is melting. It is therefore possible that the cup of ice could melt partially — even substantially — before refreezing and still show the coin as being in the same position. To be sure, it could also fall off or move in a clearly detectable way, but it is not guaranteed.

Assumption: If the ice doesn’t melt completely, your food will be fine.

The amount of time it would take for ice to melt in an insulated but unpowered freezer depends on a number of variables: the size of the freezer, the size of the block of ice, how much other food is in the freezer, the temperature inside the house, and the temperature the freezer was set at before losing power, to name a few. If, as discussed above, the only way to be truly confident that the coin test represents a significant loss of freezer power is for all the ice to melt completely, then one has to be confident as well that the amount of time it takes to partially melt said ice wouldn’t cause harm to your food.

This, however, is not necessarily a safe assumption to make either. According to the FDA, an unpowered, unopened freezer will keep food safe for between 24 and 48 hours. Is it possible for a block of ice to remain partially solid for more than 24 hours? In all probability, yes. Coleman alleges that their 52 quart  “Xtreme Cooler” (essentially an insulated freezer without power), can keep ice for up to five days. This means it is possible for food to have gone bad before the coin has a chance to move to a detectably new location.

Because these two assumptions are not necessarily safe ones, we rank the efficacy and universality of this “one cup tip” hack as mostly false.