Was Putin Pictured Taking a Lollipop from a Child?

Photographs of Russian President Vladimir Putin at a Christmas service looked as if he were stealing a sucker from a child. 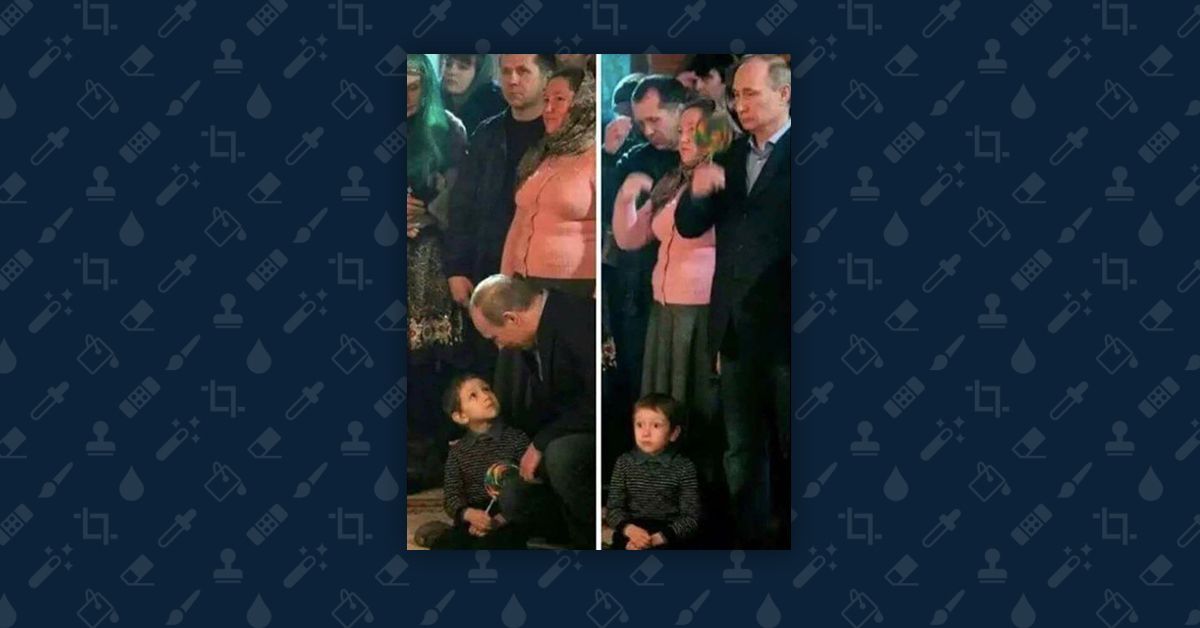 A set of images purportedly showing President Putin pilfering a pin-striped lollipop from a child have been circulating online for several years: President Putin did not steal a lollipop from this child.

The featured candy was digitally added to a set of photographs that were taken in January 2013 during a Christmas service in Sochi by Getty Images photographer Mikhail Klimentiev. A caption for one of the images explained that Orthodox Christians celebrate Christmas on 7 January in the Middle East, Russia: Russian President Vladimir Putin attends a Christmas service in a church in Sochi early on January 7, 2013. Orthodox Christians celebrate Christmas on January 7 in the Middle East, Russia and other Orthodox churches that use the old Julian calendar instead of the 17th-century Gregorian calendar adopted by Catholics, Protestants, Greek Orthodox and commonly used in secular life around the world.

The genuine images went viral shortly after their publication as internet users noticed that the little boy looked scared in one of the photographs. When they were posted to Reddit, for instance, they were shared under the title "what could Vladimir Putin have said to this kid to leave him this terrified?"

The humorous juxtaposition spurred some internet users to add funny captions to the image and when this set of photographs was posted to r/Photoshopbattles, a subreddit dedicated to manipulated images, user "theskabus" posted the viral lollipop creation.

Although the images of Putin and the scared-looking child are real, we aren't positive that they were taken in the order displayed above, or if they show the child's reaction to something Putin said or did.

Video of the event does not show Putin's interaction with the child, and although these images are frequently shared in this order it's impossible to tell how much time passed between the pictures.