No, Putin Was Not Compared to Hitler on the Cover of Time Magazine

The artist told Snopes that he would “never willingly contribute to misinformation.” 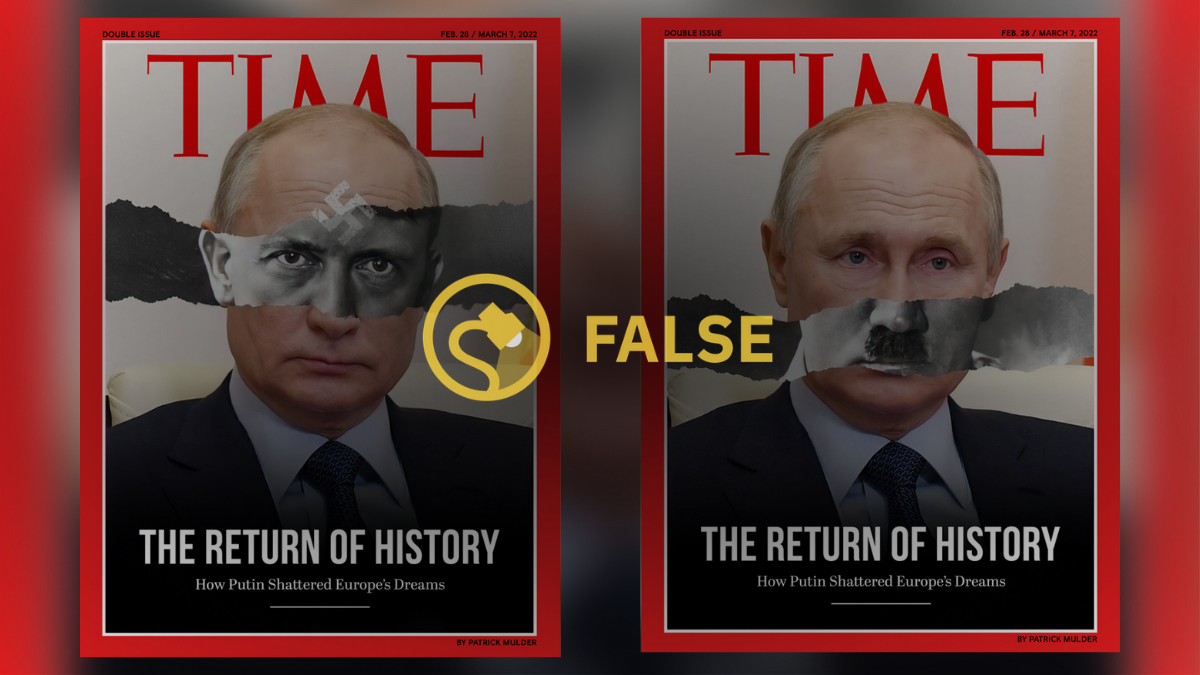 Following the invasion of Ukraine by Russia in late February 2022, internet fact-checkers participated in an online battle against misinformation. One example of such misinformation included the claim that the cover of Time magazine, a well-known and renowned publication in circulation for nearly a century, had featured a graphic that drew a direct comparison between Russian President Vladimir Putin and Adolf Hitler, the leader of the Nazi Party and dictator of Germany from 1933 through the end of World War II.

Despite the "cover" illustration having been completely fabricated, an image of it went viral and was shared by a number of influencers, including the official Twitter account of The New Voice of Ukraine, an independent, English-speaking news source in Ukraine.

We spoke to Patrick Mulder, the artist and graphic designer responsible for the artwork. Mulder confirmed that he created a three-part series of illustrations on the day that Russia invaded Ukraine, but that it was only meant as an artistic representation of current events.

“I never, ever intended for people to think it was real. It was a piece of artwork that many others saved, reposted without mentioning the fact that it was art, not a legitimate cover, and it spread like wildfire,” Mulder told Snopes.

“I’d never willingly contribute to misinformation, but I stand by the artwork.”

The official "Time" cover for the March 14 / March 21 issue, Mulder added, was “uninspired and lacked conviction."

To put his own spin on the subject, Mulder pulled the copy from the original cover, “The Return of History: How Putin Shattered Europe’s Dreams.”

After the post went viral, Mulder issued a statement on social media, noting that he wanted to “create something around the invasion of Ukraine.” The comparison between the Kremlin leader and the WWII dictator was at the forefront of his mind because “Putin is using Hitler’s playbook in his diatribe claiming Ukraine is part of Russia.”

“I used the image of Hitler because — strategic and ideological comparisons aside — he is the embodiment of evil,” Mulder tweeted.