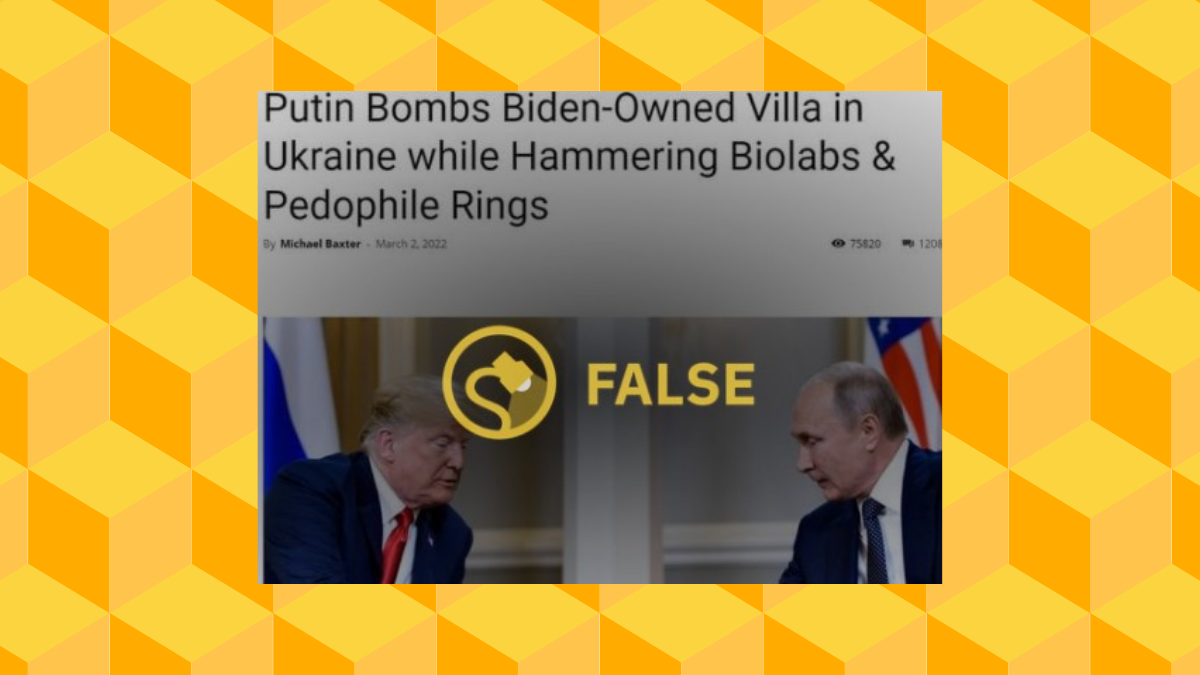 In March 2022, as Russia continued its attack on Ukraine, the website "Real Raw News" published a fictitious article that falsely claimed a villa owned by U.S. President Joe Biden was bombed by the Russian military. There is no truth to this story. The website Real Raw News does not traffic in genuine news stories. Rather, this site hosts a series of fictional pieces that play on right-wing conspiracy theories.

A disclaimer on Real Raw News states that the website "contains humor, parody, and satire."

While Real Raw News carries a disclaimer, its content is often spread on social media or republished on other websites without any mention of its fictional origins. The aforementioned article, for example, was presented as genuine news on TheTruthPatriots.com and on the Diannemarshallreport.com.

In the days after Russia's invasion of Ukraine, a narrative started circulating on social media that Putin's attack was focused on a series of secret biolabs that were owned and operated by the U.S. Military. Putin attacked these biolabs, according to the conspiracy, in order to stop the spread of a new pandemic.

Real Raw News is not a genuine news source. It has previously published fictitious articles that falsely claimed Supreme Court Justice Sotomayor had been arrested by U.S. Marines, that former President George W. Bush had been hanged at Guantanamo Bay, that former Secretary of State Hillary Clinton was convicted for murder, and that a special combat unit had raided a Biden-owned compound in Ukraine.

None of these stories is based in reality.