A real-life Cruella de Vil, but with cats? No, just more fake news. 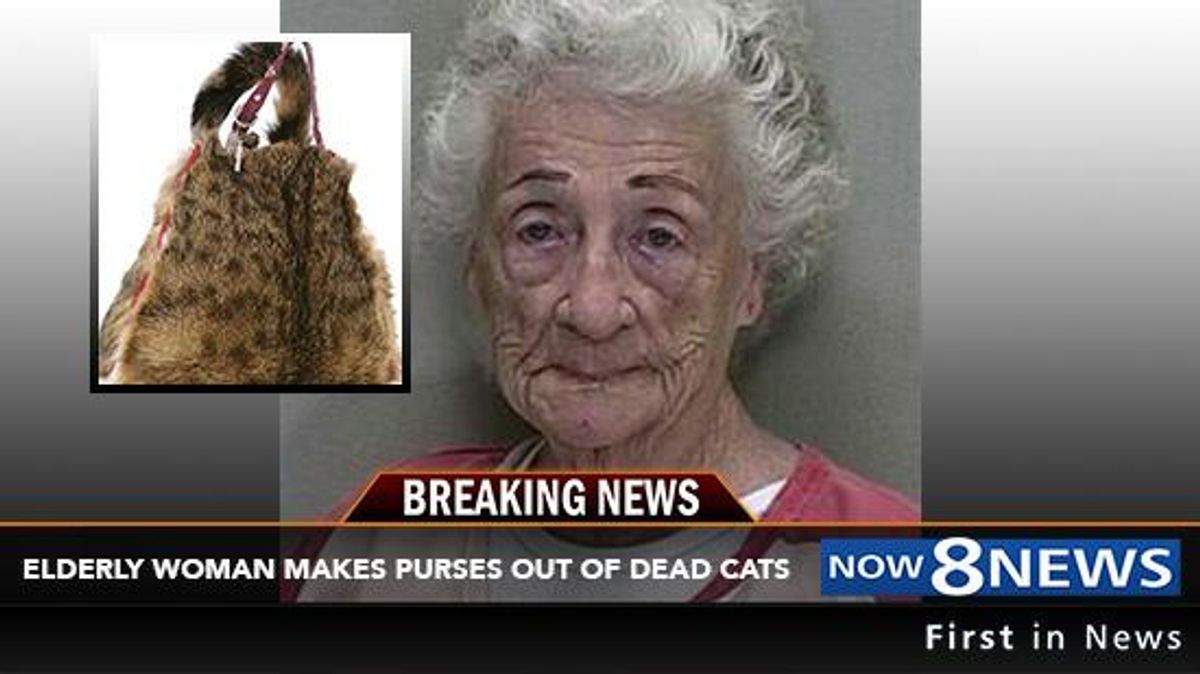 [green-label]Claim:[/green-label]  An elderly Michigan woman was arrested for making purses out of her neighbors' cats.

[green-label]Origins:[/green-label]  On 16 October 2015, the Now8News web site published an article positing that a 91-year-old Michigan woman had been arrested after it was determined that she had skinned a number of missing neighborhood cats and turned them into purses:

A gruesome story coming out of Grand Haven, Michigan has residents at this small town shocked and disturbed. Marjorie Reynolds, 91, was described as a quiet elderly women who waved at strangers and neighbors as they walked by. But Reynolds had a more sinister nature, as neighbors are learning, after 19 missing neighborhood cats were found dead in her home. Not just dead, however, but skinned and cured — with some of them made into purses.

Yes, purses. Reynolds explained to authorities in her recorded confession that she had taken up a hobby of "arts and crafts." Reynolds said the neighborhood cats would come to her all the time so she would feed them. But it was when one of the neighborhood cats died, that she brought it into the house and decided to "not have it go to waste."

Soon afterwards, links and references to this Cruella de Vil-like tale were being spread via social media, with many readers who encountered them mistaking the underlying story for a genuine news report. However, the article was nothing more than another bit of fake news propagated by Now8News, a fake news site that attempts to lure visitors (and the ad revenues they generate) by publishing fake news stories with outrageous clickbait headlines.