Is the 'Purse-in-the-Grocery-Cart' Scam Real?

Some forms of crime aren't as easy to pull off as they used to be. 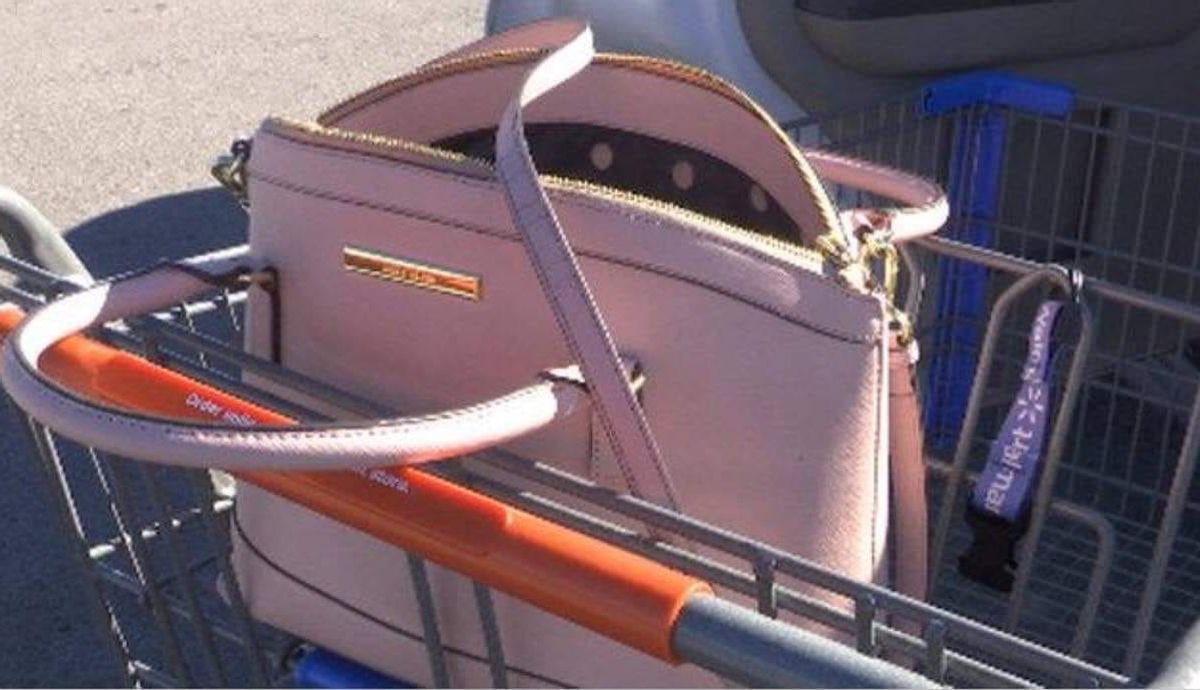 Claim:
Burglars lure women away from their homes after stealing their wallets at shopping malls.
Rating:

Evaluations of crime and fraud warnings always generate several related questions. Is this form of scam possible? Is it plausible? Is it common? Has it ever occurred at all?

Those are the questions we applied to the following social media meme, which posits a "scam" involving the theft of wallets from purses sitting in grocery carts and related residential burglaries: The meme contains no detail that would allow tracking its narrative to a particular crime, and we've turned up no verified reports of a similar occurrence. What we can say is that although the theft of purses effected while their owners' attention is focused elsewhere is not uncommon, the burglary aspect of this warning seems to be based on long-outmoded premises about how Americans live and work that would render it extremely unlikely today.

For starters, you're a prospective burglar. You've lifted a woman's wallet from her purse. Now you need to call her to lure her out of her house, but ... what phone number do you call?

This "scam" seemingly hearkens back to the days of landlines, when one could often tie information gleaned from a driver's license (i.e., full name and address) to a phone number through the use of a phone directory or directory assistance. But no similar mechanism exists for now-ubiquitous cellphones. (Possibly one could use the internet to quickly match up a name and address with a phone number, but the odds aren't good.)

Moreover, this scheme relies on the out-of-date notion that if a woman is away from home in the middle of the day, her residence will then necessarily be unoccupied (because, of course, the man of the house will be out working somewhere, and the kids will be in school). But a variety of different domestic scenarios are common these days that would place other people at home in the middle of the day: a woman might be living with roommates or parents or adult children; some 40 per cent of Americans work mostly during nonstandard times and are therefore home during the daytime; working at home is becoming increasingly common, etc.

As well, just because a residence is unoccupied by human beings doesn't preclude the possibility that a security system, barking dog, attentive neighbors, or some other impediment to a broad-daylight burglary isn't present. And in fact, as police routinely point out, most residential burglaries are crimes of opportunity and involve very little planning on the part of the thief (like the type posited here).

All in all, a crook who has successfully lifted a woman's wallet is much more likely going to be content with the bounty found within (e.g., cash, debit cards, credit cards) than with trying to parlay that score into a risky residential burglary. And your residence is far more likely to be the target of an opportunistic, spur-of-the-moment burglary than of one involving an elaborate scheme to lure you away from home.

The best advice to be gleaned from this warning is to be sure not to leave purses (or other valuable items) unwatched — even for the briefest of moments — in shopping carts, in restrooms, and in automobiles. And engage in some simple security precautions to make your home less of an inviting target for theft.

Population Reference Bureau.   "A Demographic Profile of U.S. Workers Around the Clock."     18 September 2008.