Is This a Purple Horned Winged Lizard?

Never has there been a fantasy creature so revered and yet so reviled. 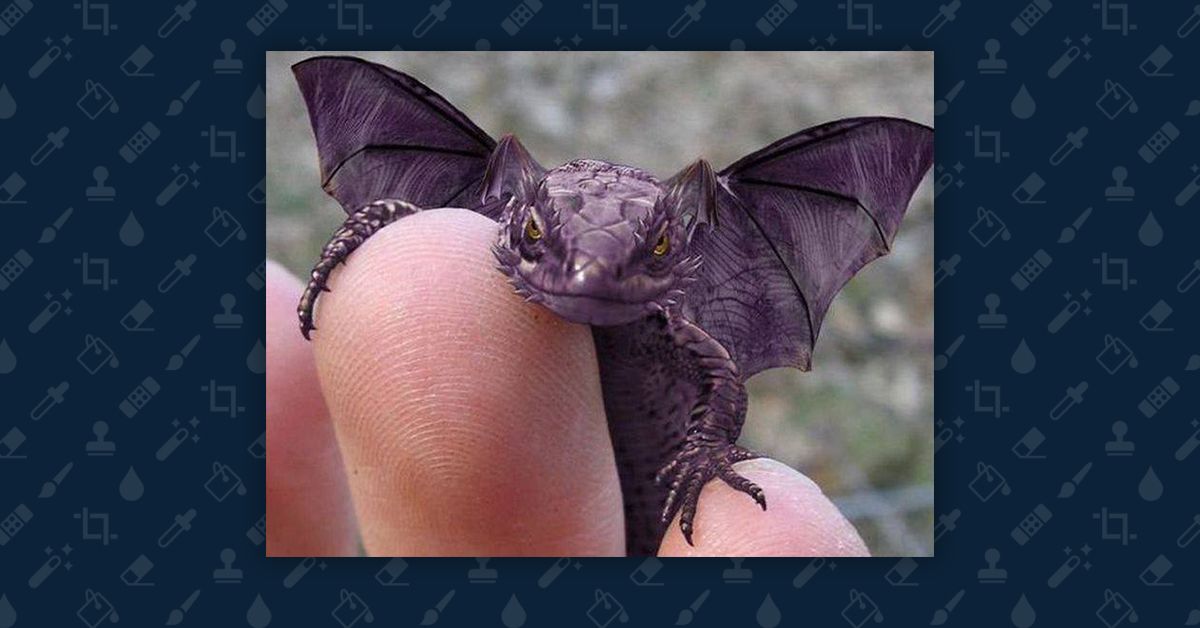 Have you ever seen a purple horned winged lizard? Neither have we. But we have seen a purported image of one: This image frequently pops up online along with the claim that it shows a "purple horned winged lizard." As much as we would like to believe this is a real animal, however, it is not —  it is a years-old digital creation that won a 2006 digital editing contest on the graphic design-themed web site Worth 1000 (now DesignCrowd.com). The instructions for the contest were as follows:

Dragons. Small and cuddly or big and nasty, Chinese or European, furry or scaly, slick or rough, feathered wings or bat wings, fire breathing or smoke snorting, reptile head or lion head, intelligent or instinctual. Never has there been a fantasy creature so revered and yet so reviled.

The rules are thus: create a dragon of your own making. No illustrations, no modifying some else's dragon. Have fun, be creative!, follow the guidelines please, and be careful to avoid using cliches. You will have 48 hours to Enter the Dragon so make your entry count.

The "purple horned winged lizard" was submitted by Worth 1000 user taelir, and was originally accompanied by the caption "cute, but deadly." Taelir did not provide much information about this artwork was created, other than writing that it was made with Adobe Photoshop.

This is hardly the first piece of digital art created for the web site Worth 1000 to fool unsuspecting internet users. The web site, which was dedicated to image manipulation, is also responsible for pictures supposedly showing "Mr. Peebles," the world's smallest cat, "Goliath" skeletons, an unusual home built into rock, and of course, more dragons, which — unfortunately — do not exist.