Is the Puppy and Butterfly Video Real?

A viral video showed Emy the puppy and an unnamed butterfly. 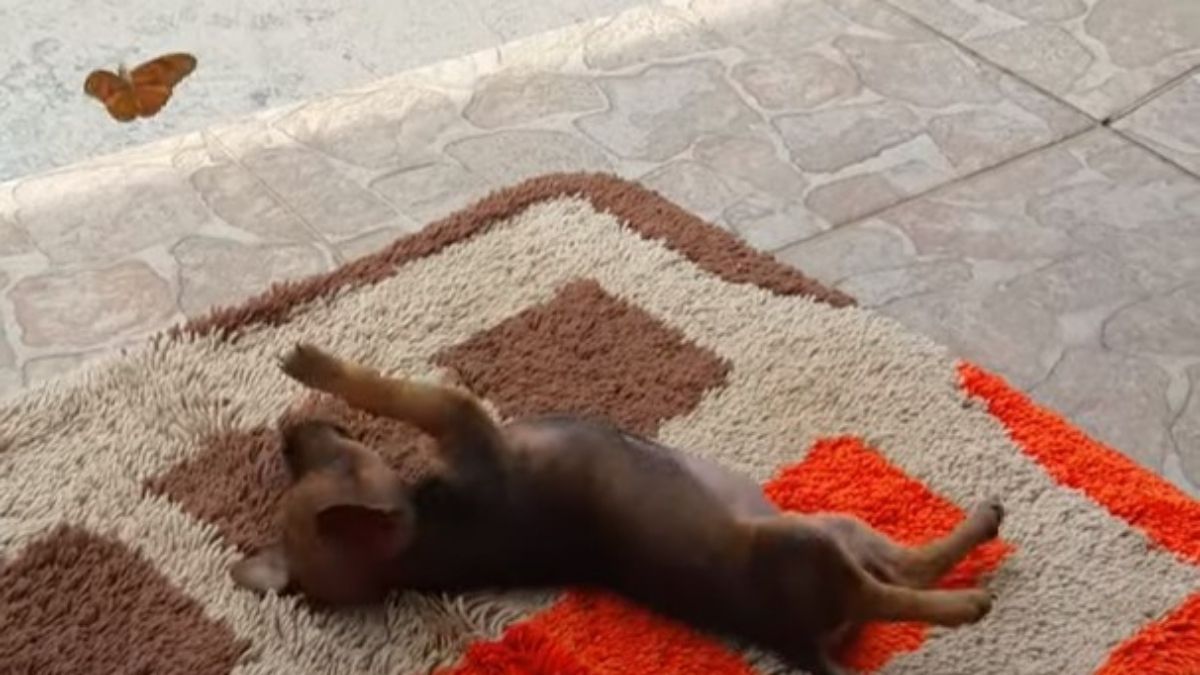 Claim:
A video shows a puppy "playing" with a butterfly.
Rating:

In March 2021, social media users received an ample dose of cuteness when a video supposedly showing a puppy playing with a butterfly went viral:

As this video racked up millions of views (and slightly less oohs and ahhs) from internet users who commented about the "cuteness overload," some social media users were skeptical that this video was authentic. The footage featured an animated butterfly, they claimed, or perhaps a butterfly on a string.

As far as we can tell, this is a genuine video of a puppy interacting with a butterfly.

This video shows a 4-month-old pinscher puppy named Emy with an unnamed butterfly on the steps of a home in Mirim Doce, a town in the state of Santa Catarina in the South Region of Brazil.

Dalmolin told the Portuguese animal website Amo Meu PET that she was having lunch with her husband when they noticed their puppy playing with a butterfly on the steps:

“We were having lunch, then my husband went out to wash and she (Emy) was at the door playing with the butterfly, so we decided to film. It was the first time she played with a butterfly ... [Emy] is a fuse, she doesn't stop, and she is very sweet. She loves to be with people all the time."

Dalmolin's sister, however, insisted that not only was this video real, but it showed a harmonious moment between a butterfly and a puppy:

"Hi, it's real, (the butterfly) just doesn't fly because the presence of butterflies is natural there, they live in harmony, and the butterfly must not have felt threatened by the fact that the puppy is still a puppy."

Although this video may appear suspicious at first glance, we have no reason to doubt its authenticity. The person who originally shared this video is not a CGI artist and they do not have a history of sharing doctored videos. Furthermore, there are two different videos showing this interaction and the owner of the video told a news outlet that this footage is genuine. As we've found no evidence (other than internet comments saying "it looks fake") to indicate that this video was doctored, we feel confident in saying this video is real.