A parent's Facebook post describes injuries allegedly sustained by her child while wearing a Puddle Jumper life jacket while swimming. 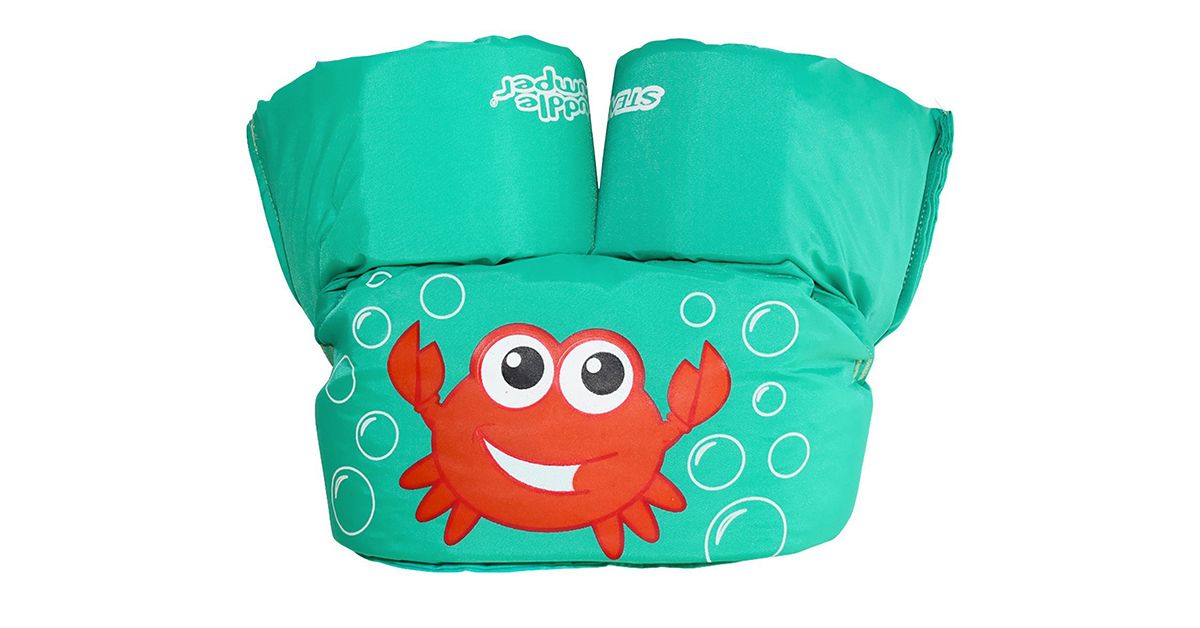 Claim:
A child who wore a Stearns Puddle Jumper life jacket while swimming experienced difficulty breathing and "severe bruising on her rib."
Rating:

On 18 June 2017, a Facebook user posted a harrowing account of injuries her young daughter allegedly suffered as a result of wearing a Puddle Jumper life jacket while swimming:

So today we went swimming like normal, my daughter was wearing her puddle jumper but fast forward til 9:30pm and she was saying she couldn’t breath and her chest and ribs were hurting! So we rush to the ER all I could think was dry drowning and was frantic but she actually has Severe bruising on her rib! (And also has to be supervised for the next few days very closely) You wanna know from what PUDDLE JUMPERS!! And she isn’t the first case! The doctor told me these are not very safe they put lots of pressure on their small chest cavities so I want to warn all of the parents out there! The doctor recommends a full life jacket or single arm floaters because they do not put pressure on a certain area of the chest! The picture is what kind she was wearing and the kind they strongly do not recommend because they can easily put strain on their small chest! After being shared by more than 139,000 people, the post was deleted — without explanation — a day later. Our attempts to get in touch with the original poster to learn more about the alleged incident and the reasons for the post's removal have thus far been unsuccessful. We cannot confirm that the incident took place as described.

We have also been unsuccessful finding similar anecdotal reports or consumer complaints of serious breathing or bruising problems associated with this product, which is manufactured by Stearns, Inc., a subsidiary of the Coleman Company. Judging from the preponderance of consumer reviews on retail web sites, most customers who have bought Puddle Jumpers were satisfied with their purchase.

Given that the product shown in the Facebook post is made to fit children across a range of weights between 30 and 50 pounds, and that it is attached using an adjustable belt and buckle (see instructional video below), it's not immediately evident why a child wearing the flotation device would experience bruising or difficulty breathing unless it was either too small for them or incorrectly used:

The manufacturer provided this statement in response to our request for comment:

Stearns has not been contacted by the consumer regarding this incident and we have not received similar reports in the past. The safety our of our consumers is a top priority and our products are designed, tested and made to high standards. The Puddle Jumper product line is extremely safe when used according to the instructions. It has been certified by Underwriters Laboratories (UL) to the United States Coast Guard requirements for Personal Floatation Devices. And, we have every confidence in it. If the consumer would like to contact us, we can understand better what their concerns are.