Did Publix Heiress Donate $300K To Fund the Capitol Riot?

A Wall Street Journal investigation revealed a major donor to the Trump campaign. 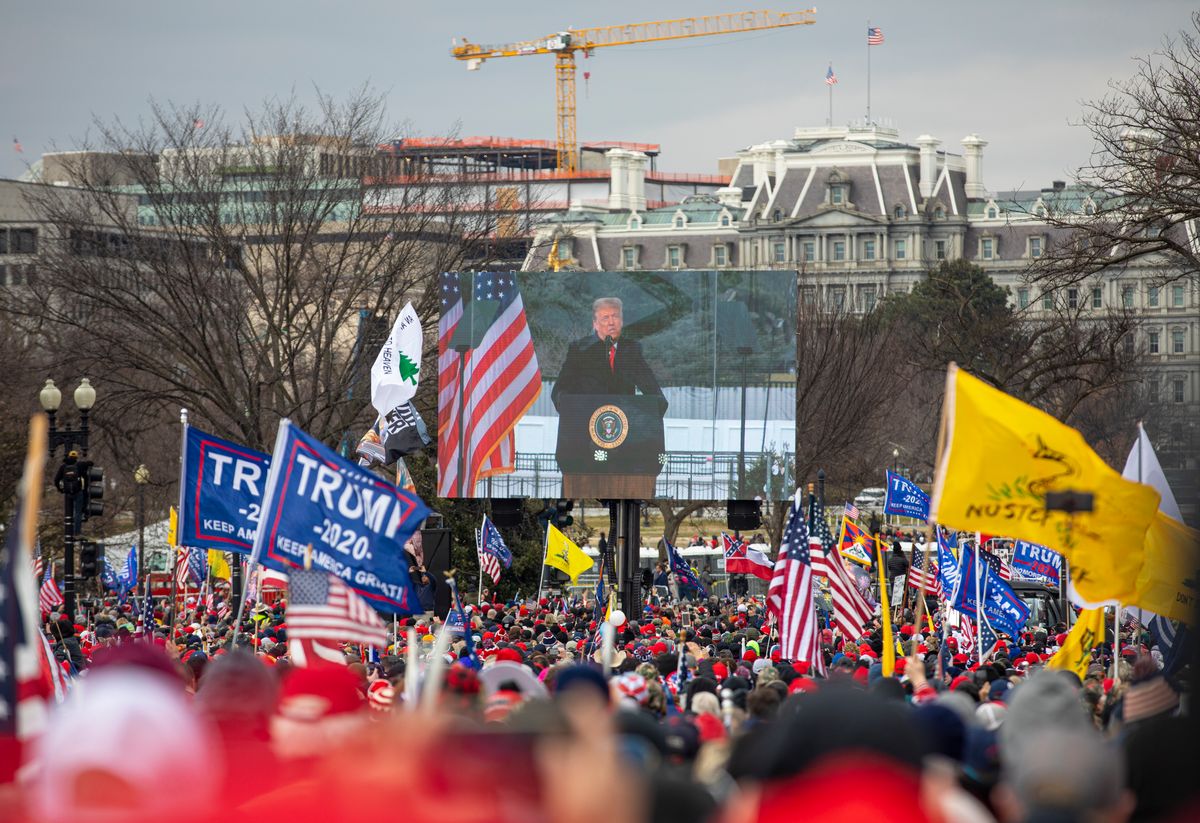 Fancelli donated $300,000 to former U.S. President Donald Trump’s campaign, which went on to cover the majority of the costs of the Jan. 6, 2021 “Stop the Steal” rally in Washington, D.C., at which Trump spoke. The rally led to rioting at the U.S. Capitol.

There is no evidence that Fancelli’s donation directly supported the riot, which occurred after the rally.

Former U.S. President Donald Trump’s Jan. 6, 2021, rally that preceded a violent riot in the U.S. Capitol was funded by a small yet prominent group of Trump supporters — one of whom came from a family that owns a well-known grocery chain empire.

A Wall Street Journal investigation from Jan. 30 found that Julie Jenkins Fancelli, heiress to Publix supermarkets, had donated hundreds of thousands of dollars to the Trump campaign, and some of that money covered the costs of the Trump rally that led to rioting at the Capitol.

Snopes readers asked us if Fancelli’s donations directly funded the violent riot where a pro-Trump mob broke into the Capitol before they were dispersed by law enforcement. WSJ learned that she directly gave money to the Trump campaign, which supported the “Stop the Steal” rally in Washington, D.C., that preceded the riots. There is no evidence that her money went to support the rioters, who were egged on by Trump during his speech at the rally.

According to the WSJ report, far-right media personality Alex Jones helped arrange for Fancelli’s donation, in addition to donating $50,000 himself to the Jan. 6 event. Fancelli's $300,000 donation covered the lion's share of costs for the Trump rally at the Ellipse, which amounted to $500,000. Records showed that Fancelli donated more than $980,000 in the 2020 election cycle to a joint account for the Trump campaign and Republican Party.

Fancelli is the daughter of Publix founder George Jenkins. After news about her donation broke, Publix posted a statement on Twitter saying, "Mrs. Fancelli is not an employee of Publix Super Markets, and is neither involved in our business operations, nor does she represent the company in any way. We cannot comment on Mrs. Fancelli’s actions."

But many still tweeted #BoycottPublix in response to the report:

The company also condemned the violence at the Capitol:

Fancelli’s donation went toward funding the Trump rally that led to the riot, but there is no evidence that her money directly supported the rioting, though Trump’s speech was instrumental in the mob's targeting the Capitol. As such, we rate this claim a “Mixture.”