A video allegedly showing anti-Trump protesters beating a man to death in Philadelphia was actually filmed in 2015 and is unrelated to the protests. 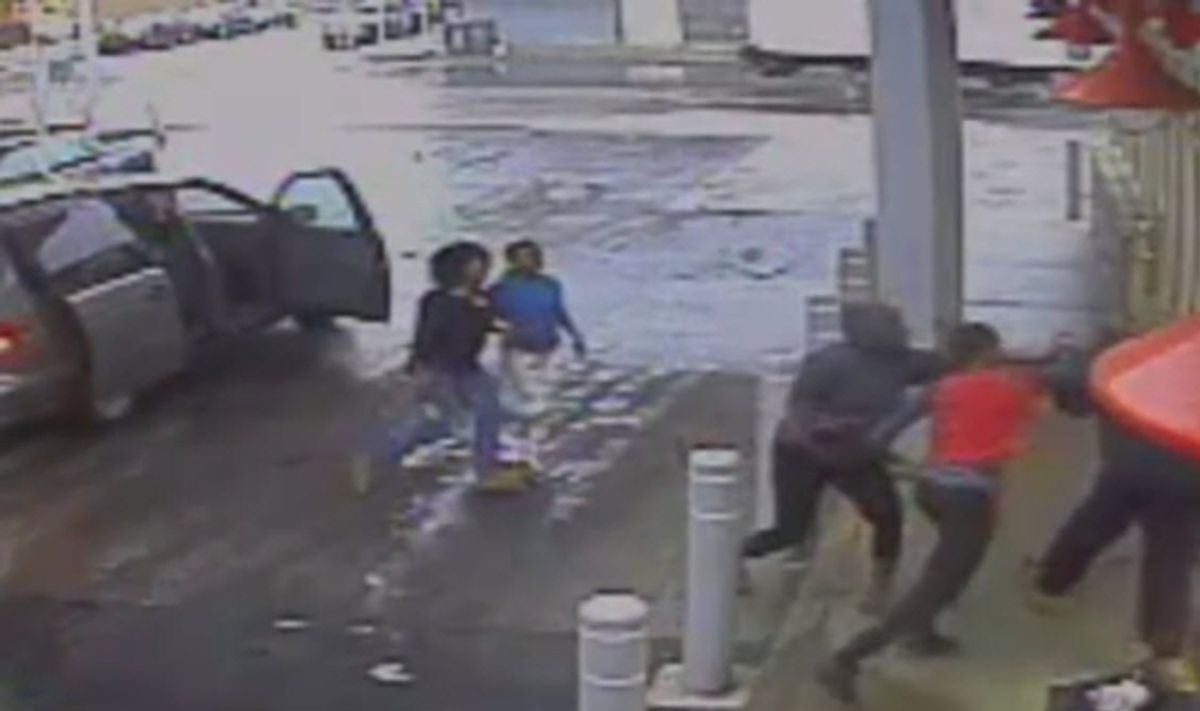 Protests erupted in several U.S. cities in the wake of the 2016 presidential election, as young people and minorities took to the streets to express their opposition to President-elect Donald J. Trump. A few isolated skirmishes with police, a flag burning, and some arrests were reported, but apart from a single shooting incident in Portland, Oregon in which a protester was wounded, the demonstrations were mostly peaceful.

An article posted by the Christian Times Newspaper web site on 12 November 2016 purported to show an outburst of violence during a march in Philadelphia that resulted in a homeless man's death:

Protests against President-elect Donald Trump turned violent in a Philadelphia neighborhood Friday night, and they left one homeless veteran fighting for his life on a night when the nation was celebrating his service.  And it was all captured on surveillance video.

Mark Rolfe, 51, passed away early Saturday morning from injuries sustained when he was attacked by a group of protesters outside of a Sunoco gas station in the Olney neighborhood of North Philadelphia.  Rolfe was a veteran of the United States Army, serving one tour in the first Gulf War and one tour in Afghanistan.

According to eyewitness reports, Rolfe was attacked by a group of young adults who were out protesting the election of Donald Trump.  The group of protesters, who have not been identified, were attempting to set fire to an American flag when Rolfe yelled at them to stop.  The protesters responded by attacking the homeless veteran with a hammer, a piece of wood, and a table leg.

The article includes a 27-second clip from a surveillance video purporting to show the attack. This is an extended cut of the footage:

The video does show a real attack, but, as the time stamp indicates, it did not take place in 2016 and couldn't have had anything to do with anti-Trump protests following the 8 November election.

The brutal beating occurred on 7 April 2015, when a group of people exited a minivan and attacked a homeless man at a service station. According to the Philadelphia Inquirer, it was prompted by a disagreement earlier in the day over who would pump gas next:

The 10-year-old boy told his mother the homeless man at the gas station had hit him.

They were both at the Sunoco station at 5338 N. Fifth St. in Olney, offering to pump patrons' gas for spare change. They argued over who would pump gas next.

Investigators, reviewing hours of footage from the station, said there was no evidence the 51-year-old man ever hit the boy.

But the boy's mother needed only his word.

That evening, she and friends and family members — up to seven of them — pulled up at the station in a friend's minivan and spilled out with Mace, a hammer, and a rocking chair leg in hand, police say.

Video from the station captured the brutal, agonizingly prolonged beating that followed and that left the 51-year-old victim near death in a medically induced coma.

Murder charges were filed against the perpetrators after the victim died in November 2015.

Though the Christian Times Newspaper presents itself as a legitimate news outlet, its content is almost entirely fictional (and it's unrelated to ChristianTimes.com, which publishes authentic news for a Christian audience). Among other fake news stories from the site was a 2016 report that Hillary Clinton filed for divorce. It did not happen.