Does US Constitution Have No Pronouns?

Boy, do we have news for you. 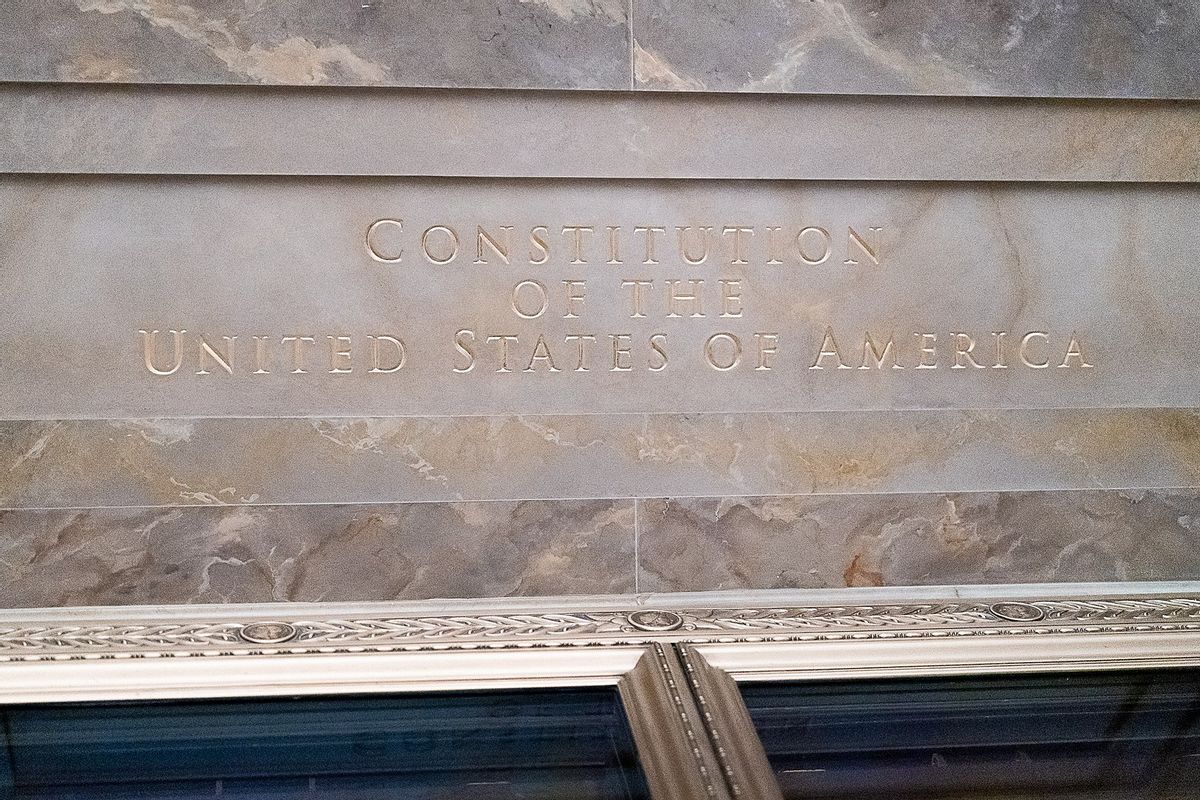 Conservatives online have been taking offense at the use of gender pronouns to introduce oneself, particularly after Vice President Kamala Harris described herself with “she/her” pronouns in a meeting at the White House in late July 2022.

Anger at pronoun usage has been ongoing for a long time as part of resistance to gender-inclusive language that accommodates the needs of transgender and nonbinary people. Some conservatives, like this GOP congressional candidate in Florida, have been tweeting out criticisms of the practice:

Many have pointed out that the Constitution is filled with pronouns, however.

Merriam-Webster defines pronouns as “any of a small set of words (such as I, she, he, you, it, we, or they) in a language that are used as substitutes for nouns or noun phrases and whose referents are named or understood in the context.”

Indeed, pronouns are a necessary part of the English language, and the Constitution famously begins with the pronoun “We”:

We the People of the United States, in Order to form a more perfect Union, establish Justice, insure domestic Tranquility, provide for the common defence, promote the general Welfare, and secure the Blessings of Liberty to ourselves and our Posterity, do ordain and establish this Constitution for the United States of America.

According to Darrell A.H. Miller, a professor of law at Duke University, pointed out that the early meaning of this “We” was not very inclusive, and there were no female pronouns in the Constitution:

How egalitarian is this We? In the early republic, not very. African Americans certainly were not included in this We. Nor were women, except in some derivative sense, perhaps. But, the Fourteenth Amendment, Brown v. Board of Education, the Warren Court revolution, the (stymied but influential) Equal Rights Amendment, the elevation of one, then two, then four women to the High Court, Obergefell v. Hodges, 17 all made the We more capacious. As Kathleen Sullivan notes: “When new groups were recognized as members of the popular sovereign, The People fundamentally altered their national identity and recommitted to their newly shared commitments.” The We came to contain multitudes.”

He added that the “​​The Constitution leans heavily on the pronoun they.” He explains how this pronoun was used and the possible meanings behind it:

They and its cognates appear over fifty times in the Constitution, often, but not exclusively, to describe the structure of the legislative powers in a House of Representatives and a Senate assembled in Congress. The House is a they; the Senate is a they; the Congress is a they. Coming so quickly after the stirring pronouncement that the Constitution was ordained by “We the People of the United States,” the switch to the third person plural is somewhat jarring. A majestic statement about unity and nation building, about us, quickly turning into a them. But perhaps this should come as no surprise. As most historians note, the Founding generation was deeply skeptical of anything that smacked of unchecked “democracy”— which they associated with intemperance, demagoguery, and tyranny. It should not come as a shock then that when the institutions of representative government are referenced, it is with a pronoun that stands at a step removed from the sovereign people. Other buffers between the people and the organs of government are similarly smothered in they — the Electoral College, the life-tenured Article III judiciary.

This is not the only time Spicer tried to score a political point with these statements that defy or ignore the very rules of the English language. On July 24, 2022, she tweeted, “There are no pronouns in the Bible.”

Except, of course, there are, starting with God who is referred to as “he.”

So unless there are different definitions of pronouns we are unaware of, these claims are “False.”

“Did Kamala Harris Introduce Herself as ‘a Woman Sitting at the Table’ in a ‘Blue Suit’?” Snopes.Com, https://www.snopes.com/fact-check/harris-woman-table-blue-suit/. Accessed 29 July 2022.