Does Prince Harry Say His Father Traumatized Him By Playing 'Got Your Nose'?

Following the release of Prince Harry's memoir "Spare," the "I've got your nose" gag got royal infamy. 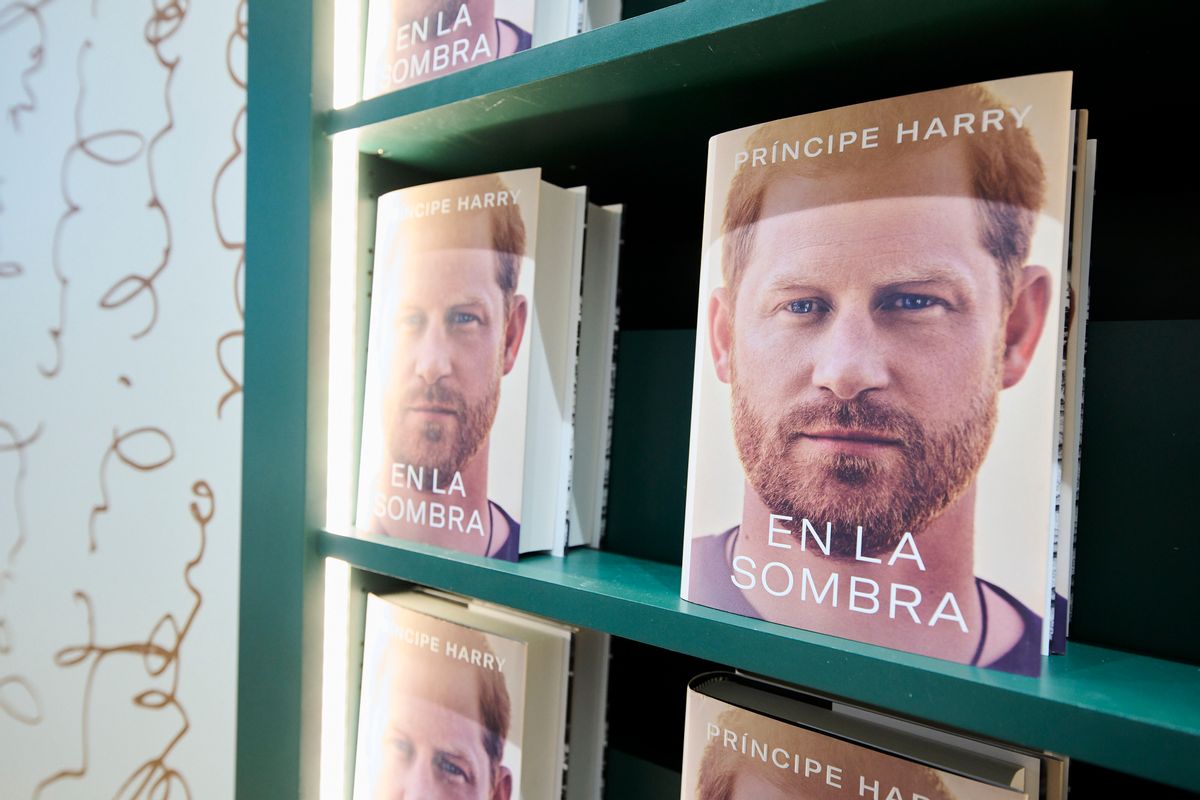 Claim:
In Price Harry's 2023 memoir "Spare," he wrote that his father's "I've got your nose" joke resulted in "torment" that "haunts me to this day."
Rating:

On Jan. 14, 2023, media personality Megyn Kelly posted a meme to her Twitter account about Prince Harry and King Charles III that was originally created as a joke, but some onlookers appeared to take it seriously. 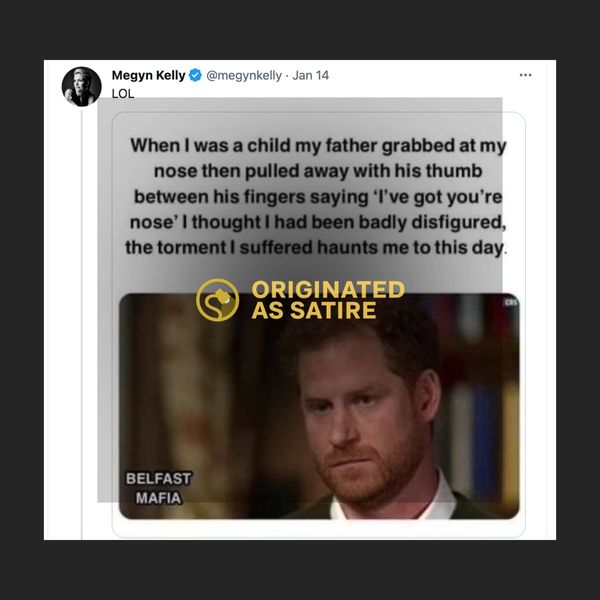 The tweet contained an image of Harry and a fake quote about his father, Charles, supposedly from his memoir, "Spare," which published in January 2023.

"When I was a child my father grabbed my nose then pulled away with his thumb between his fingers saying 'I've got you're [sic] nose' I thought I had been badly disfigured, the torment I suffered haunts me to this day," the fake quote says.

Author Sherry Morris appeared to take the tweet at face value, and the meme appeared in Snopes' inbox of tips from readers for fact-checking:

"My dad did that. It was funny. I understood he didn't really have my nose. Good grief I hope his father didn't ask him to pull his finger," Morris tweeted.

A couple of things point to the quote being fake and not having come from a published book, namely the misspelling of "your" and the bad punctuation. The image also contains a watermark that says "Belfast Mafia," which is a Facebook account that posts satirical and humorous memes. The account first shared the meme on Jan. 10.

It wasn't the only meme of its kind by Belfast Mafia. Using the same image of Harry, the page made a similar piece of satire with a fake quote about him supposedly being traumatized by his older brother William reaching behind him and tapping him on the shoulder.

[See also on Snopes: Did the BBC Describe Prince Harry's Book as 'Weirdest Book' Written by a Royal?]