Was Prince Harry Photographed in a Nazi Costume?

An old story resurfaced after Oprah Winfrey's 2021 interview with the Duke and Duchess of Sussex. 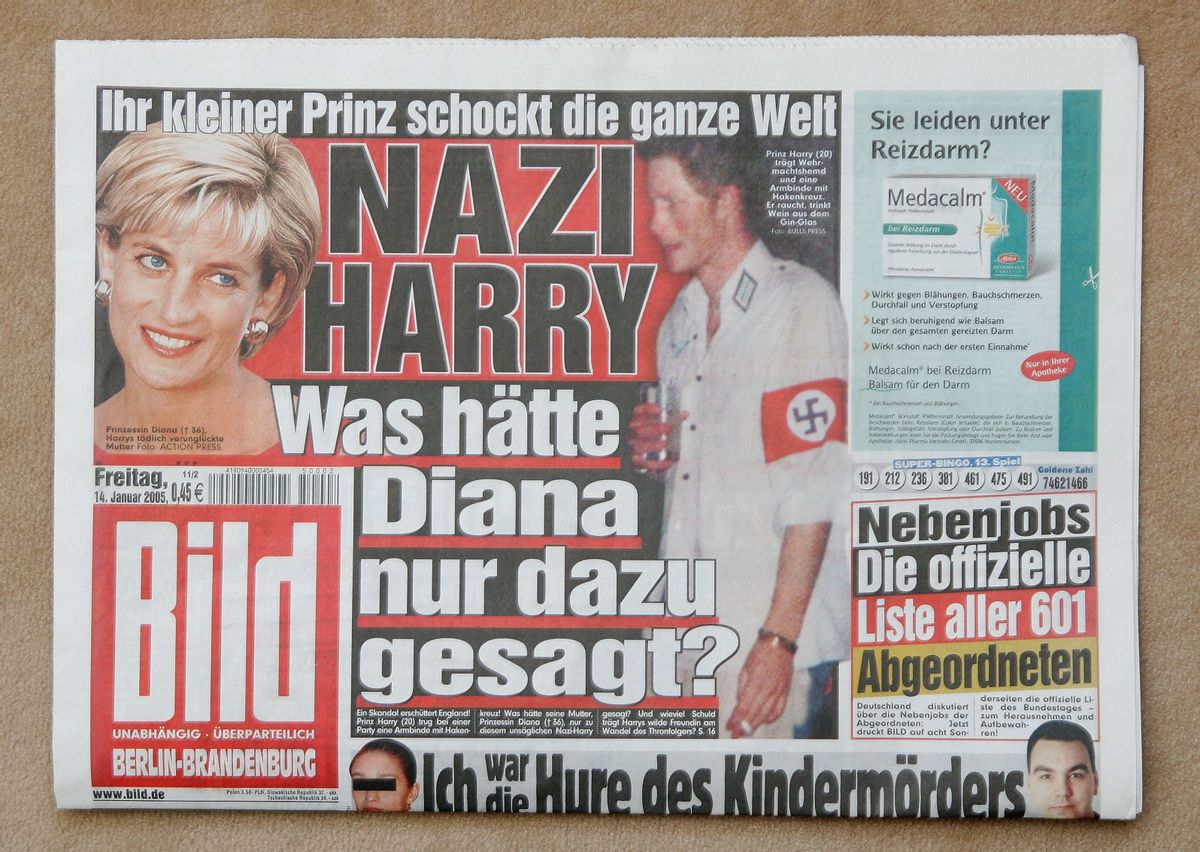 Claim:
In 2005, Britain's Prince Harry was photographed wearing a Nazi costume at a party.
Rating:

Prince Harry and Meghan Markle’s interview with Oprah Winfrey made headlines in early March 2021, as many were shocked at allegations of the British royal family's racism and insensitive behavior towards Markle, who is bi-racial. But as this story developed, old stories also resurfaced, including one that demonstrated Harry’s own experience of being criticized for insensitivity and troubling behavior.

In 2005, a 20-year-old Harry was photographed at a party wearing a Nazi costume. The outfit appeared to be drawn from the German Afrika Korps, complete with a swastika armband. The party theme was reportedly “native and colonial” and was also attended by his older brother, Prince William, who wore a homemade lion and leopard outfit.

Photographs of Harry in the costume were published in The Sun tabloid along with the headline “Harry the Nazi.” The prince issued an apology soon after, saying he was “very sorry if I caused any offense or embarrassment to anyone. It was a poor choice of costume and I apologize."

Jewish groups accepted the apology. "The fact that the palace has issued an apology indicates that this was a mistake by the prince," said Rabbi Jonathan Romain, spokesperson for the Reform Synagogues of Great Britain. "But having being given, the apology should now be accepted."

Given that the photographs were widely published, and the prince subsequently apologized, we rate this claim as “True.”