Can Prince Harry and Meghan Markle’s Kids Ever Be US President?

Could the children of British royals make a comeback in the former British colony? 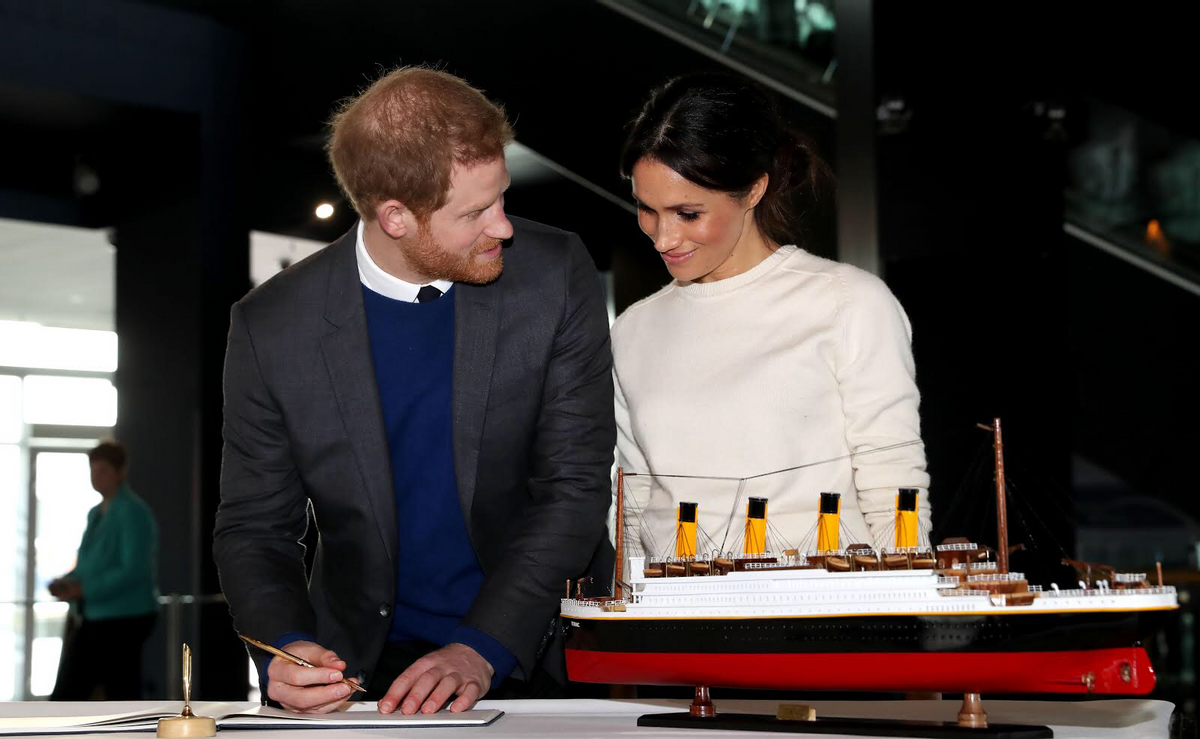 Claim:
Meghan Markle and Prince Harry’s children are eligible to run for president of the United States.
Rating:

Anyone who is a natural born citizen, at least 35 years old, and has been a resident of the United States for 14 years is eligible to run for the U.S. presidency. Both children of Meghan Markle and Prince Harry could technically qualify because they are considered to be natural born citizens.

Some debate exists around what natural born citizenship entails, and whether someone born abroad (as Archie Mountbatten-Windsor was) could run for the presidency. The Supreme Court has not offered a definitive ruling. The children could also run afoul of the foreign emoluments clause of the Constitution, which may require they renounce their claims to the British throne.

The British are coming, this time as possible presidential candidates, if jokes about the children of the Duke and Duchess of Sussex are to be taken seriously. As Meghan Markle and Prince Harry await the birth of their second child (announced in February 2021), whose due date has not been revealed, many asked about the possibility that their children would be eligible to run for the U. S. presidency some day.

According to the U.S. Constitution, there are three requirements to be eligible for the presidency of the United States: the president must be a natural born citizen, be at least 35 years old, and have been a resident for 14 years.

The Constitution doesn’t explicitly define "natural born citizen." According to Cornell Law School’s Legal Information Institute, a natural born citizen is “someone who was a U.S. citizen at birth, and did not need to go through a naturalization proceeding later in life.” The 1790 Naturalization Bill granted citizenship to children born abroad to U.S. citizens, subject to certain requirements (like their fathers having to be U.S. residents) and this was amended over the years. Today, people born outside the United States to at least one U.S. citizen parent are made citizens at birth by statute.

An analysis in the Harvard Law Review posits, “Congress has made equally clear from the time of the framing of the Constitution to the current day that, subject to certain residency requirements on the parents, someone born to a U.S. citizen parent generally becomes a U.S. citizen without regard to whether the birth takes place in Canada, the Canal Zone, or the continental United States.”

It is technically possible that Archie Mountbatten-Windsor, their first child born in the United Kingdom, would qualify as a “natural born citizen” because his mother is American, which granted him American citizenship upon birth. This is supported by the fact that numerous presidential candidates were born outside of the United States, but to at least one American parent. For example, U.S. Sen. Ted Cruz was born in Calgary, Canada, to an American mother. U.S. Sen. John McCain was born to American parents on an American military base in Panama. A 2008 Senate resolution recognized McCain as a natural born citizen, and therefore, eligible to run for the presidency.

The second Mountbatten-Windsor child will possibly be born in the United States, which solidifies the eligibility to run for president.

But there is still some doubt because the U.S. Supreme Court has has never ruled on the particular question of what constitutes "natural born citizenship." An analysis by the Fordham Law Review states:

[...] the question of whether such children are “natural born citizens” who are eligible for the presidency is not answered by the Constitution. Nor has it ever been resolved by the Supreme Court. This is an issue that, instead, has been left to up to the wisdom of our legislative branch of government. [...] Whether a presidential candidate born overseas to U.S. citizens is a “natural born citizen” under the Eligibility Clause is a question that Congress has yet to answer explicitly. It is a question Congress could easily resolve simply by defining the term “natural born citizen.” So far, Congress has refused to do this. As a result, we have had presidential candidates whose eligibility for office has been challenged, both by their rivals and by ordinary voters.

Furthermore, the Mountbatten-Windsors who are in line for the British throne would have to cross an additional hurdle, which involves the foreign emoluments clause of the Constitution. That clause argues that federal officeholders are prohibited from receiving gifts, money, or anything of value from a foreign state and its rulers. The clause says:

No Title of Nobility shall be granted by the United States: And no Person holding any Office of Profit or Trust under them, shall, without the Consent of the Congress, accept of any present, Emolument, Office, or Title, of any kind whatever, from any King, Prince, or foreign State.

So the royal couple's children would need to renounce their claim to the throne, or get a special exemption from Congress.

Given that the Mountbatten-Windsor children could technically run for president as they are natural born citizens, but that there is some debate around such definitions and, further, that being president would conflict with their being in line for the British throne, we rate this claim a “Mixture.”