Does a Viral Video Show Prince George Reciting the Alphabet in Bible Verses?

Despite the clickbait caption, the video comes from East Texas, not Kensington Palace. 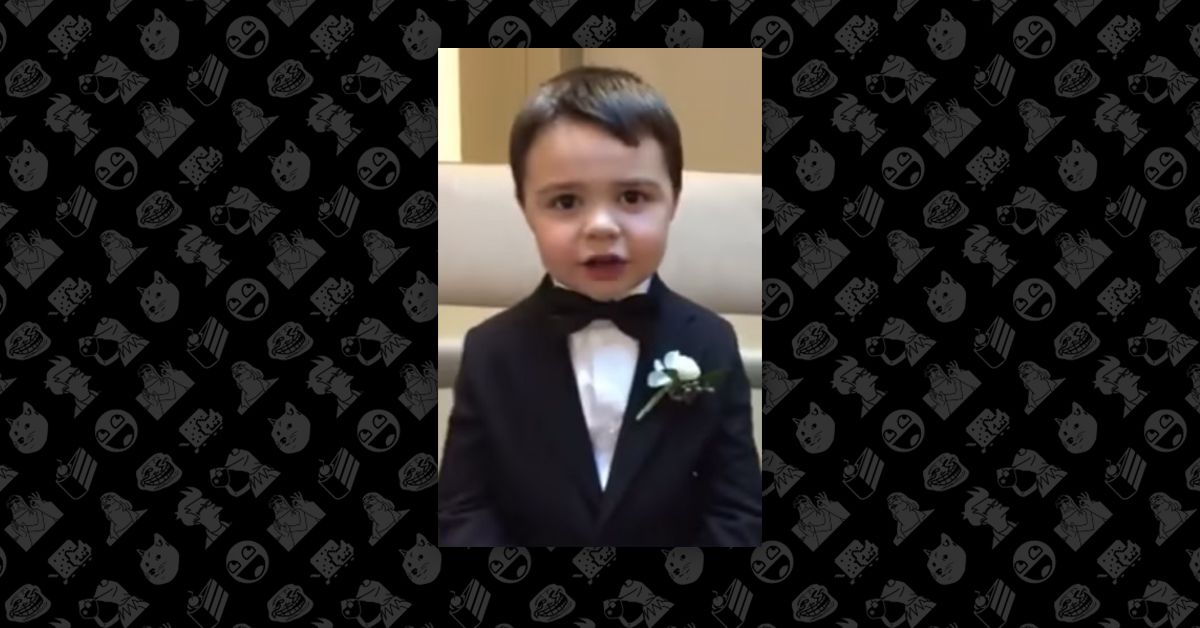 The Duke and Duchess of Cambridge, William and Kate, have been scrupulously careful in how they expose their children -- George and Charlotte -- to the glare of publicity, since the birth of their son in 2013.

So it would come as a great surprise to learn that Prince George had appeared in a viral Facebook video, reeling off biblical verses in the form of the alphabet.

In an American accent.

Nonetheless, in February 2018, Facebook user Helene K H Yap posted a video of such a boy, and speculated about his identity: "Prince George, Prince William's son? The grandson of Princess Diana?"

The post was shared more than 400,000 times within six days. However, the video does not show Prince George of Cambridge, third in line to the British crown. It shows four-year-old Tanner Hemness, from Tyler in East Texas.

The video was originally posted to Facebook in October 2016 by Tanner's father, Taylor Hemness, who was then a TV news anchor at KLTV, an ABC affiliate in Tyler, Texas. Hemness wrote:

I am so very proud of this kid. We've been working on this all summer, one letter a week, and every time I thought a verse was too long or complicated, he'd prove me wrong. Now the hard part...being the kind of Dad who helps him live these words.

The original video garnered almost 7 million views, and a further 32 million views when it was re-posted by Hemness's then-employer, KLTV.

The viral explosion of the video saw Taylor and Tanner appearing on the widely-syndicated Steve Harvey talk show:

In an interview with the Bible Gateway blog, Taylor Hemness provided more details about the background to the video:

Last spring, our youth minister at Glenwood Church of Christ in Tyler, Texas, challenged families to learn a Bible verse for every letter of the alphabet. At the time, Tanner was 3-and-a-half, so I started to tune out. But the minister encouraged parents of young children to try it too, because “we’d be amazed by what they’re able to retain.”

I thought it was worth a try, but honestly didn’t believe that he’d be able to do it. That thought was only strengthened when I saw the list of verses the church provided to us. “Jesus wept” isn’t on the list! I wasn’t even sure they were all from the same translation. So, that Monday, we wrote the first verse on a chalkboard in our kitchen, and started practicing with him. I’d run through it every day, and by Thursday, he had it.

The following Monday, we did it again with “B,” but we also still made him recite A. So, by week five, he was doing A, B, C, D, and E every day. There were a few verses that took two weeks, thanks to difficulty, or things like family travel. Altogether, it took about six months.

He’s wearing a tuxedo in the video because we were at a wedding. He was a ring bearer in a co-worker’s wedding, he was all dressed up, and he’d just learned “Z” the week prior. We had a few minutes, and a quiet room, so I took the opportunity to film him, which I’d always planned to do when he was done.

Setting aside the true origins of the viral video, a couple of points should have raised flags for anyone contemplating the possibility that it features Prince George.

Firstly, although we don't have audio evidence of the young English prince's voice, it would be astonishing if he spoke with a Texan drawl. Secondly, Prince George has blond hair, not brown.