An image depicts a man stabbed at an altercation between KKK members and opponents, not a Pride attendee injured attempting to stimulate himself with a fire hydrant. 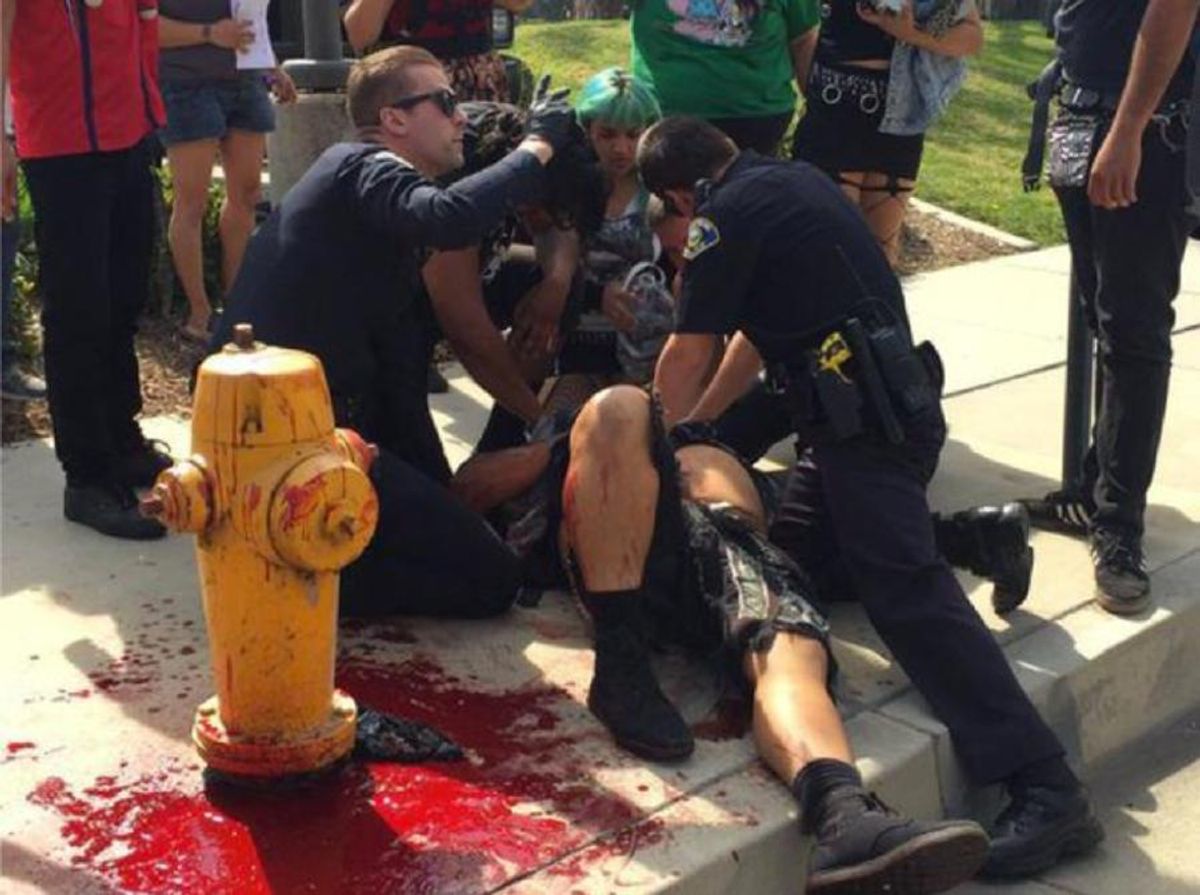 Claim:
An image depicts an overenthusiastic Pride attendee injured in an attempt to sexually stimulate himself with a fire hydrant.
Rating:

Yearly Pride festivities were marked on 26 June 2016 in a number of cities, less than a month after President Obama issued the first Presidential Proclamation officially recognizing June 2016 as LGBT Pride Month. The following day, a Twitter user tweeted a photograph of a bloody fire hydrant along with a caption ("man tries to fit entire fire hydrant in ass during #Pride2016 festivities") that the person being attended to by police had been injured during an attempt to sexually stimulate himself in public at a Pride parade: The tweet gained significant traction and moved to other social media platforms, as seen in the above-reproduced screenshot. At first glance the claim appeared to be insinuating that gay men at Pride events engage in wanton and uncontrolled displays of lust, but the viral tweet also encompassed shades of much older urban legends regarding the dangers of unchecked female sexual agency.

Irrespective of its social and folkloric elements, the image supposedly depicting an overenthusiastic Pride attendee's unfortunate encounter with a fire hydrant was unaltered, but it was also entirely misrepresented. The photograph was easily found amid myriad news stories that had nothing to do with a Pride event or gay men; rather, it originated with an altercation between Ku Klux Klan protesters and counter-protesters in Anaheim, California, in February 2016: The fire hydrant was splattered with blood during the course of the fight, during which three individuals were stabbed in its vicinity. It was never determined whether the injured man whom police were attending was a KKK protester or a counter-protester, but he was certainly not a June 2016 Pride attendee.