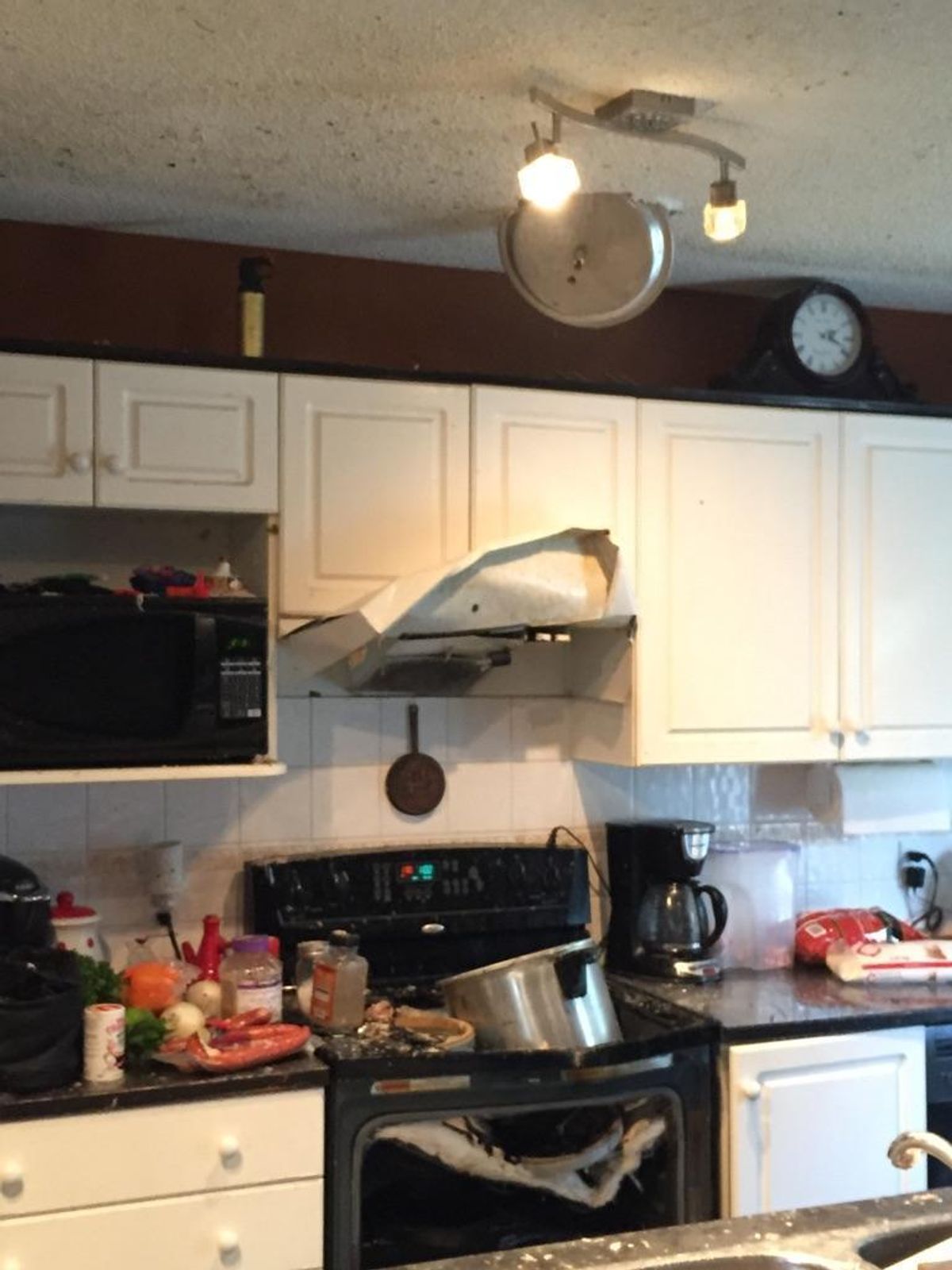 FACT CHECK:   Does a photograph depict a pressure canner accident?

Why I'm not allowed to cook dinner anymore

Origins:   On 24 August 2015, a user (who has since deleted the post from their history) published a thread titled "Why I'm not allowed to cook dinner anymore" with the photograph shown above to Reddit's r/funny subreddit.

The image garnered thousands of comments and "upvotes" for the submitter, but that user was very likely not the source of the image. One day earlier, Imgur user NineteenSeventyFour had published the same image in a separate post on that site with the title "Whoopsie." In both cases no backstory for what was depicted in the photograph was provided.

As is not uncommon for popular image posts of this sort, the photograph filtered over to Facebook. The account UNILAD published the same picture to their timeline (crediting the Reddit user who posted it as the source), and the the page Adinas Acres page also posted it along with the following text:

Canning season is upon us. If you use a pressure canner be sure the weights/release is working correctly.

Despite clear interest in the events of the photograph (and multiple reposts of the picture), the actual scenario depicted by the photograph remains unknown. We were unable to find any online versions of it before it was shared to Imgur in August 2015 with no description, and the user who posed it there has a site tagline that reads "It's not a Repost, it's Nostalgia!", suggesting that they curate and share interesting images not personally taken by them.

While it's possible the photograph indeed depicts a pressure canning or cooking scenario gone awry, no actual information was ever included alongside its iterations to definitively describe the image. We don't know when the photo was taken, by whom, or even in which country the purported kitchen catastrophe occurred. Moreover, canning enthusiasts commenting on the image noted that while debris from equipment was scattered throughout the scene in the photograph, the splattered food one would expect to see if a pressure cooker malfunctioned was curiously absent.

It's unlikely that either the person who originally posted the photograph on Imgur or the Reddit reposter snapped the picture themselves. As such, any information gleaned from such online postings are speculative, and the humorous one-line descriptions that have accompanied it were likely invented to encourage sharing of an amusing picture. Last updated:   28 August 2015