Are 3 Previous US Presidents All Younger Than 2020 Candidates?

A social media thread pointed out something many of the 2020 presidential candidates have in common: They've seen a lot of years. 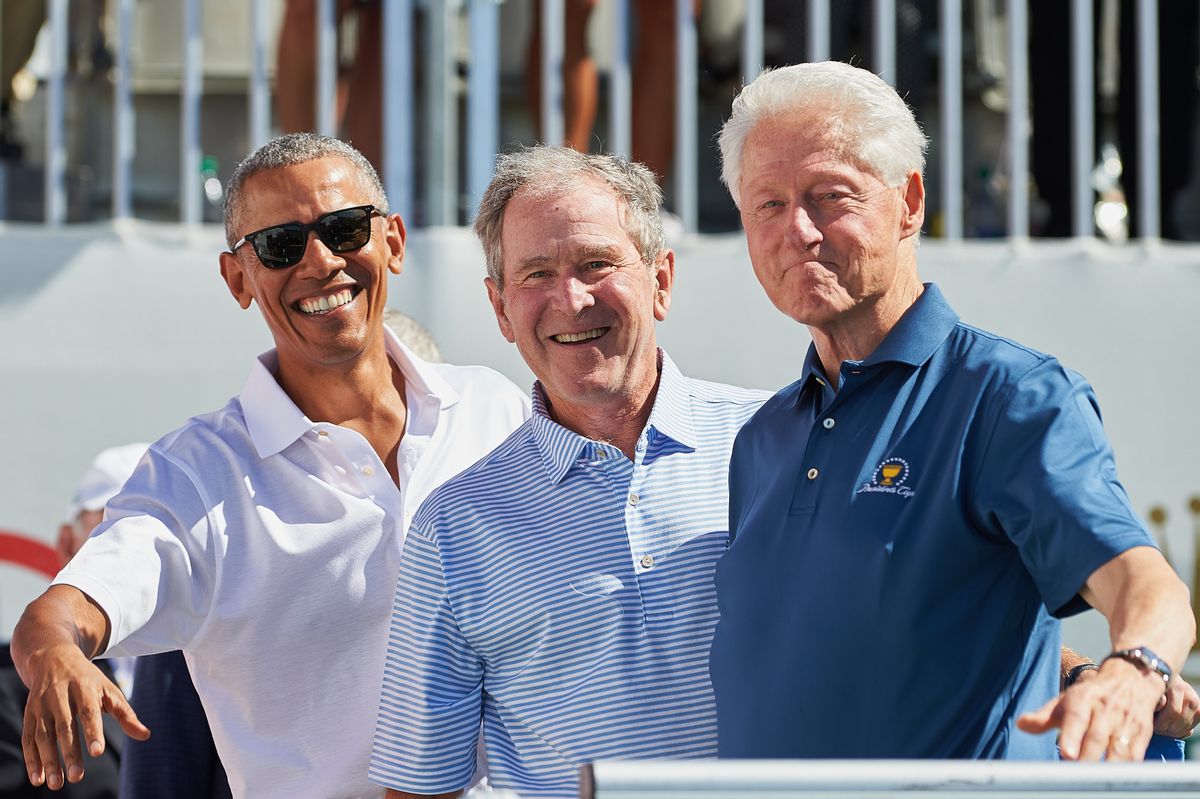 Claim:
The three previous U.S. presidents are all younger than the current field of 2020 presidential candidates.
Rating:

Those septuagenarians aren't the only candidates remaining in the 2020 presidential race. Although she has only won a single delegate as of this writing, at 38 years old Rep. Tulsi Gabbard is currently the youngest candidate running for president.

In March 2020, shortly after Democratic candidates Mayor Pete Buttigieg, Sen. Amy Klobuchar, former Mayor Michael Bloomberg and Sen. Elizabeth Warren all announced that they were dropping out of the U.S. presidential race, a message started to circulate on social media which claimed that the three previous presidents, Barack Obama, Bill Clinton, and George W. Bush, would all be the youngest candidates in the 2020 presidential race if they were to, hypothetically, jump into the contest: This tweet is largely accurate. Obama, Clinton, and Bush are all younger than President Donald Trump, former Vice President Joe Biden, and Sen. Bernie Sanders. However, as of this writing, there is one other person in this race: Rep. Tulsi Gabbard, who is the youngest candidate in the field by far at just 38 years old. (Gabbard, however, is long shot for president as she has only secured a single delegate, compared to the 500+ already won by Sanders and Biden each.)

Ages of the current 2020 presidential field:

Obama, Bush, and Clinton are all constitutionally prohibited from running for a third term as president. Hypothetically speaking, however, if they did enter the race they would all be younger than the current field of candidates, excluding Gabbard.

Ages of the previous three presidents:

Who is the oldest president in U.S. history?

When Trump took office in January 2017, he became the oldest person in the history of the United States to win a presidential election at age 70. The previous person to hold this title was Ronald Reagan, who was approaching his 70th birthday when he took office in 1981.

Who is the youngest president in U.S. history?

While the 2020 presidential election will likely be won by somebody in their seventies, the U.S. has been led by some relatively young chief executives. Theodore Roosevelt was the youngest person to hold the office when he succeeded William McKinley at age 42 after the latter was assassinated in 1901. John F. Kennedy was 43 when he took office in 1961. Clinton and Obama are both among the top five of youngest presidential candidates (3rd and 5th), taking office at ages 46 and 47, respectively. The fourth youngest was Ulysses S. Grant who took office at age 46 in 1869.

If Gabbard wins the 2020 election, she would become the youngest president in history, taking office before her 40th birthday.