Is This Donald Trump in a Diaper?

A photograph purportedly showing Trump nearly nude and surrounded by bondage accoutrements is not real. 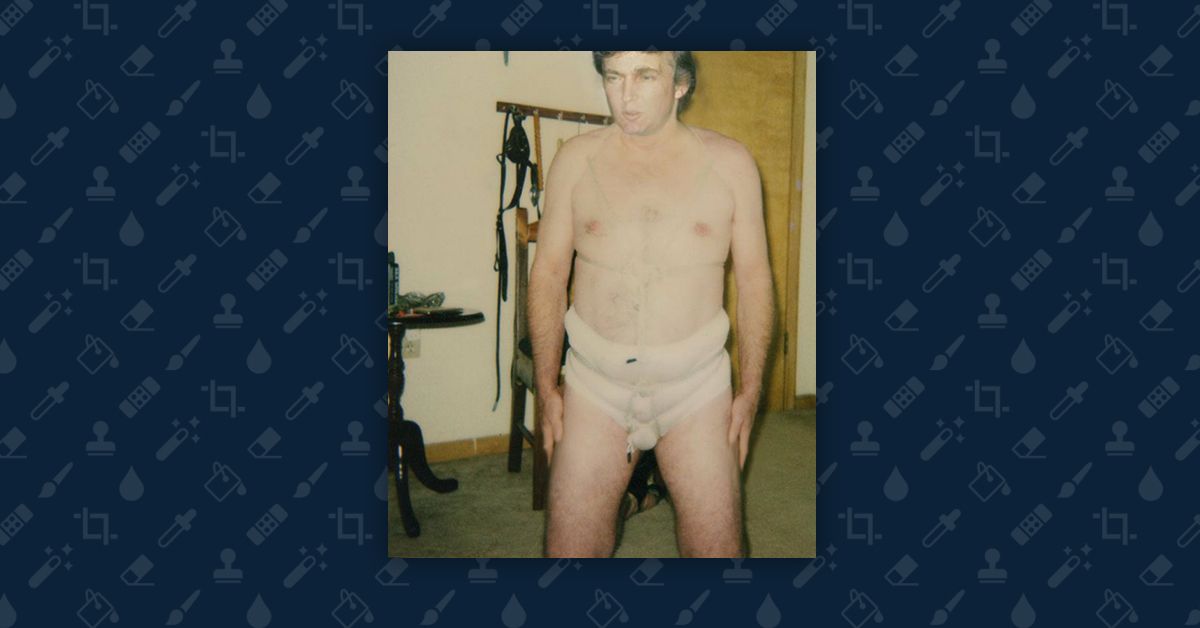 Claim:
A photograph shows Donald Trump in a diaper.
Rating:

In June 2017, images purporting to be photographs of President Donald Trump in various potentially embarrassing or incriminating scenarios (including one of him in a diaper with various pieces of what appears to be bondage gear behind him) were stealthily dropped and then circulated on social media, along with claims that the images had been leaked by Russian agents: This is not a true photograph, but a composite; whoever created it used a photograph of Trump's head, then digitally manipulated an image of someone else in diapers. Although we have not been able to locate the source of the body photograph, the image of Trump's face was taken from a 1991 picture of Donald and Ivana Trump: It is also easy to tell that the image was manipulated, as Trump's face does not quite match the body, and the shadows do not match the lighting in the rest of the picture.