If the US General Election Is Delayed, Does Pelosi Become President?

The premise of this question is inherently flawed. 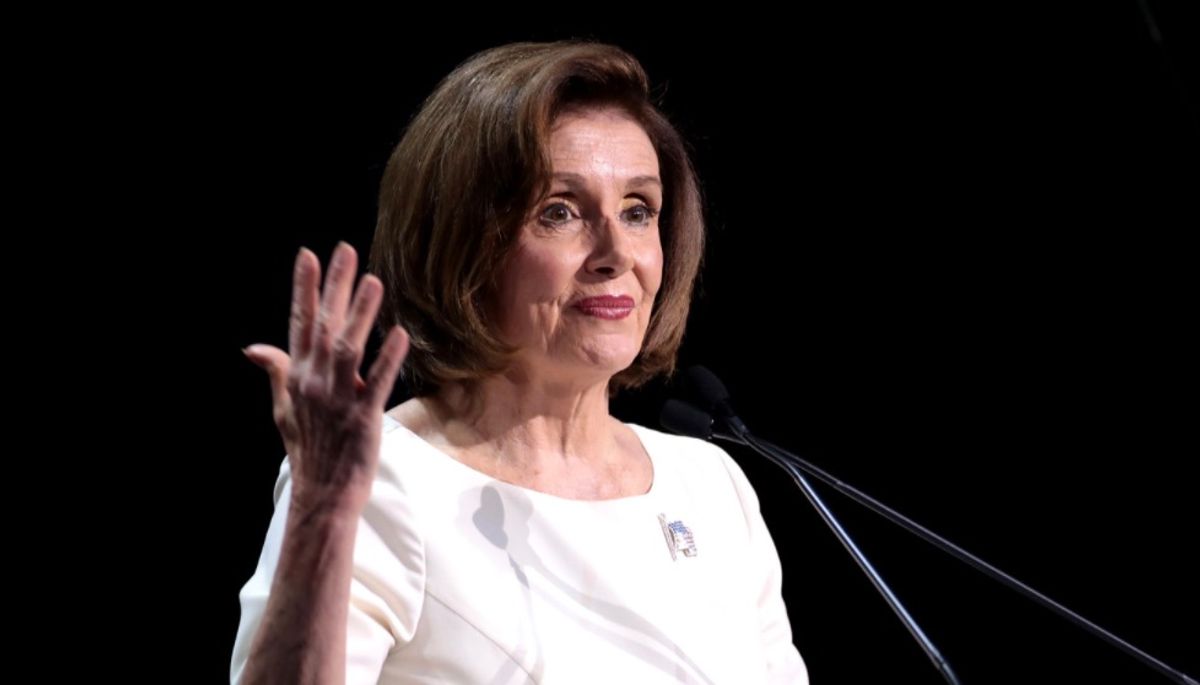 Claim:
If the November 2020 election is delayed, U.S. House Speaker Nancy Pelosi would automatically assume the role of acting president in the absence of a president-elect.
Rating:

On July 30, 2020, U.S. President Donald Trump suggested in a tweet that the Nov. 3, 2020, general election should be "delayed" because mail-in ballots would make the election "INACCURATE AND FRAUDULENT":

Trump's claim about mail-in voting is not supported by evidence. However, his raising the topic of delaying a general election, which has never been done before, prompted anxiety and also some interesting questions.

Could the 2020 general election be delayed? And in the event that did happen, as some suggested on social media, would the result be House Speaker Nancy Pelosi assuming the office of acting president?

As we have previously reported, a general election could theoretically be postponed by Congress, but not by the president. And it's very unlikely. The Constitution vests Congress with the power to set the election date, and federal law passed in 1845 requires that presidential elections be held on the Tuesday that follows the first Monday of November.

And "subsequent statutes enacted over the following 70 years established a uniform federal Election Day for all elected federal offices" -- including House and Senate seats -- resulting in the modern general election that many now take for granted, according to Michael T. Morley, assistant professor of law at Florida State University College of Law.

This leads us to the second question. Importantly, even if we imagine that an election were not held on Nov. 3, 2020, that doesn't mean that Trump remains in office. Per the Constitution, the sitting president must vacate office when the term ends at noon on Jan. 20 of the given year.

It's true that the speaker of the house is next in the line of succession after the president and vice president. Some trolled Trump by pointing out that fact, as Trump has a vitriolic relationship with Pelosi, the California Democrat who currently holds that seat. After the house speaker, the next in line would be the Senate president pro-tempore, said Edward Foley, an election law expert at Ohio State University, in a phone interview.

But all 435 members of the House, including Pelosi, and a total of 35 senators are up for reelection in 2020. The remaining 65 senators would be majority Democrats.

It's important to note that such speculation on this topic is purely that — speculation about an extremely unlikely turn of future events. The National Task Force on Election Crises, a cross-partisan group of election law and security experts, released a statement pointing to pushback from Trump's own political allies and noting that the premise of the question of succession is flawed because the election will not be delayed to begin with:

It’s critical in the Task Force’s view that the public understand that we will have an election on November 3rd, and that the president has no authority whatsoever to either change that date or to extend his term past noon on January 20th. The statute dealing w/ presidential succession is there for extraordinary circumstances, but even getting into that gives credence to the premise that we might not have an election -- which we don’t want to do. There is bipartisan agreement on this point on Capitol Hill, as well, with Senate Leader Mitch McConnell and others insisting that the general election not be delayed.

We rate this claim "Unproven" because Trump's tweet was vague, but also because it raises questions about uncharted territory. Thus any analysis is based on future events that are not only unlikely but undefined.