This questionable image was posted in an attempt to stir up outrage and sell hats. 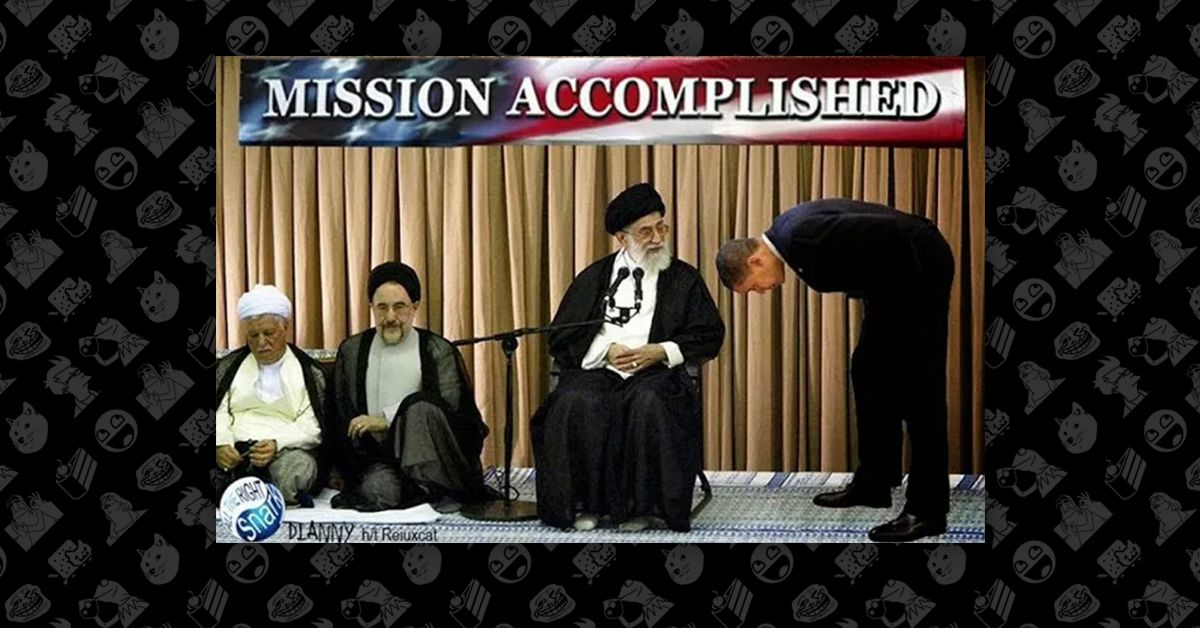 On 8 May 2018, the Facebook page "Coalition for Trump Superstore," the social media site of an online store for Trump merchandise, held a caption contest based on an image which purported to show the former president bowing to Iran's Supreme Leader Ali Khamenei: President Barack Obama was frequently criticized by conservative outlets for "bowing" to various world leaders during his tenure, as his shows of respect were taken by some as a show of weakness on the world stage.

Although Obama had been out of office for more than a year when this image was posted, the bowing issue still proved to be a hot topic, as demonstrated by the comment section's quickly filling up with derogatory "captions" about the former president: However, a factual caption for this image would read something like: Actually, this is a doctored image which combines two unrelated photographs to make it appear as if President Obama were bowing to an Iranian leader. It was posted in an attempt to stir up outrage and sell hats.

A larger version of this poorly doctored image has been in circulation since at least 2013 and originally featured a digitally added "Mission Accomplished" banner, as well as a watermark for the web site "All the Right Snark": The portion of the photograph featuring Khamenei was taken in 2005 and originally showed President Mahmoud Ahmadinejad where Obama is shown. The image of Obama was taken from a 2012 photograph which showed a little boy touching the President's hair: