Did President Obama Ban the Words 'Negro' and 'Oriental'?

President Obama signed legislation pertaining to the use of dated terminology ("negro" and "oriental") in federal law, but he didn't make the words illegal. 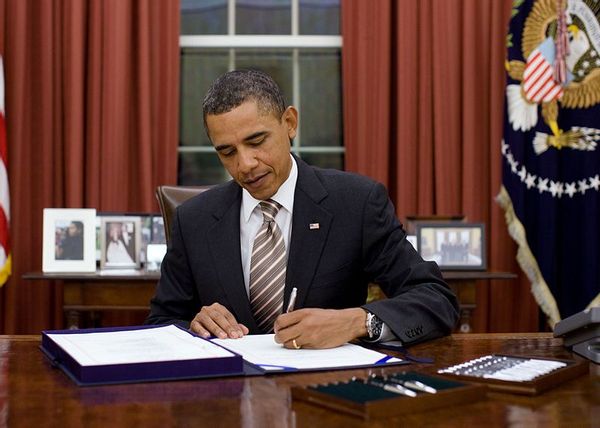 President Obama signed H.R. 4238 into law on 20 May 2016, modernizing language about minority populations in federal statutes.

President Obama didn't make the words "negro" and "oriental" illegal, nor did he sign a law banning the use of those words among private citizens.

On 20 May 2016, the White House issued a press release about seven bills signed into law by President Obama. Among those pieces of legislation was H.R. 4238, which updated use of specific terminology:

H.R. 4238, which modernizes terms in specified statutes related to minorities[.]

The release went unnoticed until the following Monday, when a number of social media users claimed that H.R. 4238 had "banned" the words "negro" and "oriental" in the public sphere. That interpretation of the legislation was inaccurate, as the bill only affected use of the terms in federal law.

H.R. 4238 had widespread bipartisan support, and its specific provisions about language used to describe minorities in federal law simply updated terms that were considered acceptable:

A 23 May 2016 post shared on social media by Breitbart falsely suggested passage of the bill would somehow affect both the United Negro College Fund and any reading of Dr. Martin Luther King's speeches:

It's true that President Obama signed H.R. 4238 into law on 20 May 2016, which replaced outdated and inflammatory terms (such as "negro" and "oriental", among others) with more modernized language commonly used to describe minorities in specified statutes. The legislation did not ban or make use of those terms illegal in public, nor did it outlaw the United Negro College Fund or Martin Luther King's speeches.