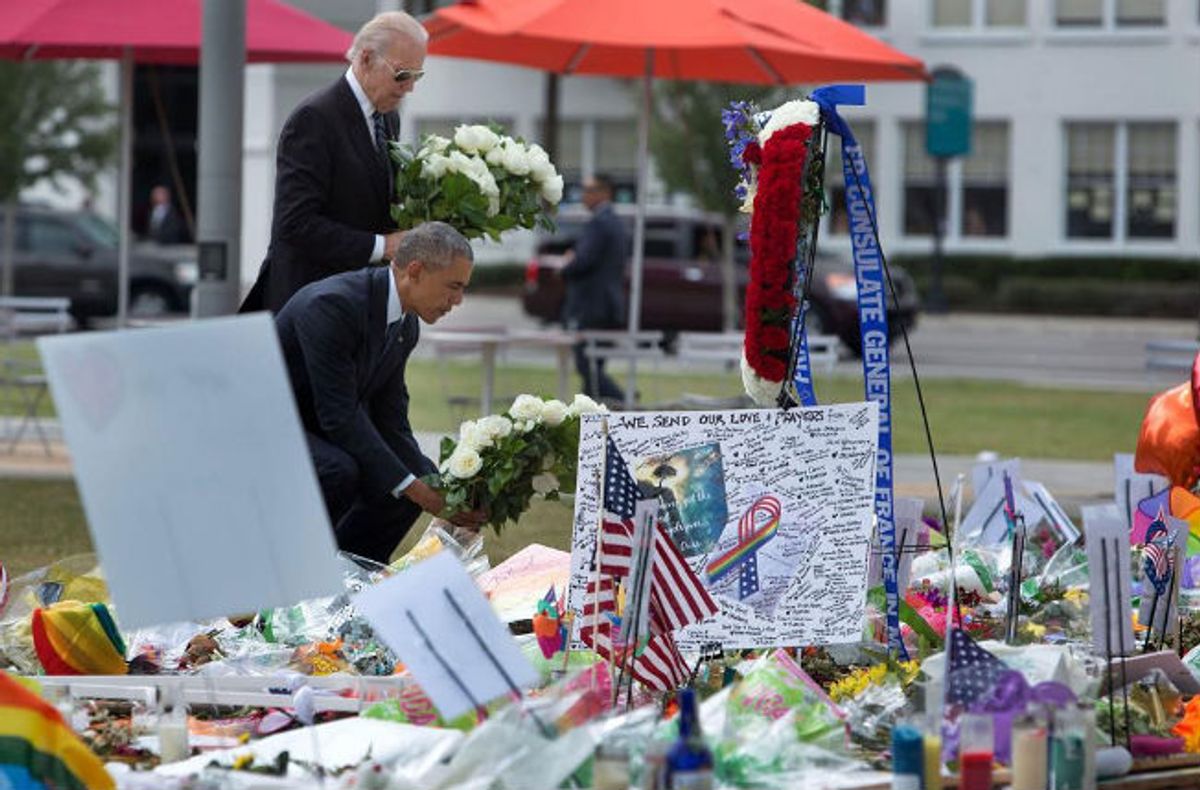 After Sunday’s mass shooting in Orlando, which left 50 Americans dead and 53 wounded, President Obama decided to take unilateral action on gun control by signing Executive Order 13691. The new law bans all sales of assault weapons and places a mandatory 30 day waiting period on all firearm sales, regardless of whether the transaction takes place at a gun dealership or gun show.

Executive Order 13691 goes into effect July 1st, 2016. The Obama Administration has setup a hotline for individuals to report those who are not abiding by the new law. To encourage the public’s help in cracking down on those who are not following the law, a $500 reward is being offered. The administration urges you to call (785) 273-0325 with any information that you may have, and as always, you can remain anonymous.

However, that article was nothing more than a piece of clickbait fiction spread by a fake news web site that illegally appropriates the logo and domain name of a legitimate news organization in order to lure readers into visiting the site and generating ad revenue.

In order to address cyber threats to public health and safety, national security, and economic security of the United States, private companies, nonprofit organizations, executive departments and agencies (agencies), and other entities must be able to share information related to cybersecurity risks and incidents and collaborate to respond in as close to real time as possible.

Such information sharing must be conducted in a manner that protects the privacy and civil liberties of individuals, that preserves business confidentiality, that safeguards the information being shared, and that protects the ability of the Government to detect, investigate, prevent, and respond to cyber threats to the public health and safety, national security, and economic security of the United States.

President Obama did urge lawmakers to pass new gun regulations during his weekly address on 18 June 2016:

Being tough on terrorism, particularly the sorts of homegrown terrorism that we’ve seen now in Orlando and San Bernardino, means making it harder for people who want to kill Americans to get their hands on assault weapons that are capable of killing dozens of innocents as quickly as possible.