No, This Video Doesn't Show Actors Posing as 'Dead Rona Bodies for the News'

A video showing a man in a body bag smoking a cigarette was taken out of context. 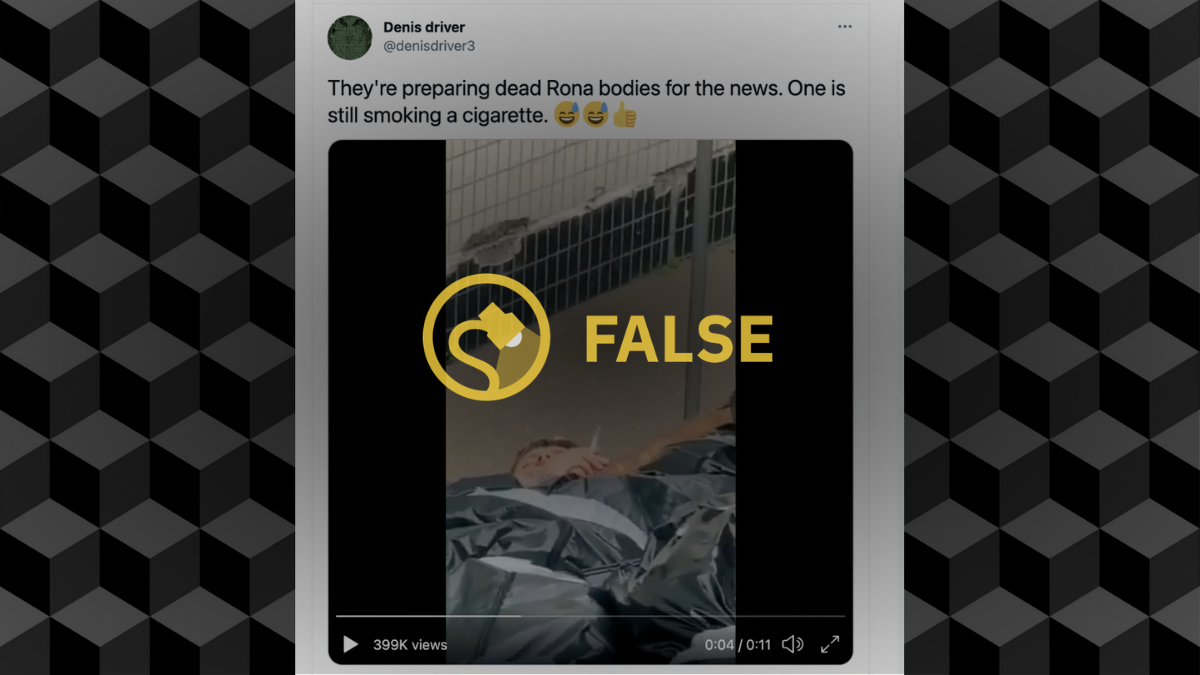 Claim:
A video showed actors in body bags — one of whom can be seen smoking a cigarette — pretending to be victims of the COVID-19 pandemic and preparing to be featured in news footage.
Rating:

The actors were actually involved in the production of a music video featuring a song by Russian artist Husky.

In late March and early April 2021, a video circulated on social media platforms that appeared to show several people wrapped in body bags -- and one of those people smoking a cigarette.

The video was often shared with a caption that read, "They're preparing dead Rona bodies for the news. One is still smoking a cigarette," implying (falsely) that the deadliness of the coronavirus pandemic is being exaggerated by official sources of information like the government health officials and the news media. But the video in these social media posts doesn't show so-called fake victims of the COVID-19 coronavirus (or "Rona") pandemic. The clip was lifted from a TikTok video that captured a behind-the-scenes moment during filming for a music video featuring a song by a Russian artist:

The footage shows actors between shots in the filming of the music video for the song "Never Ever" by Russian artist Husky, which was released in 2020. We will link to the video on Vimeo, but we caution it is gruesome, depicting a janitor cleaning up the bloody aftermath of a deadly gunfight. The white tile wall and orange truck are visible toward the end of the music video.

The TikTok video was one of several posted by Russian production designer and art director Vasya Ivanov depicting the filming of the "Never Ever" video. Here's another clip showing the music video's production:

Husky, whose real name is Dmitri Kuznetsov, is a controversial figure in Russia. A prominent rap artist, he continues to perform despite attempts by the Russian government to discourage or even ban the art form. He was arrested in 2018 for, as The New York Times reported, "Climbing atop a car after one of his concerts was canceled without explanation and treating his disappointed fans to about 30 seconds of his music."