Did Pregnant Wife Find Something in Oven After Husband Left Her?

We flipped through a 50-page slideshow article to find answers. 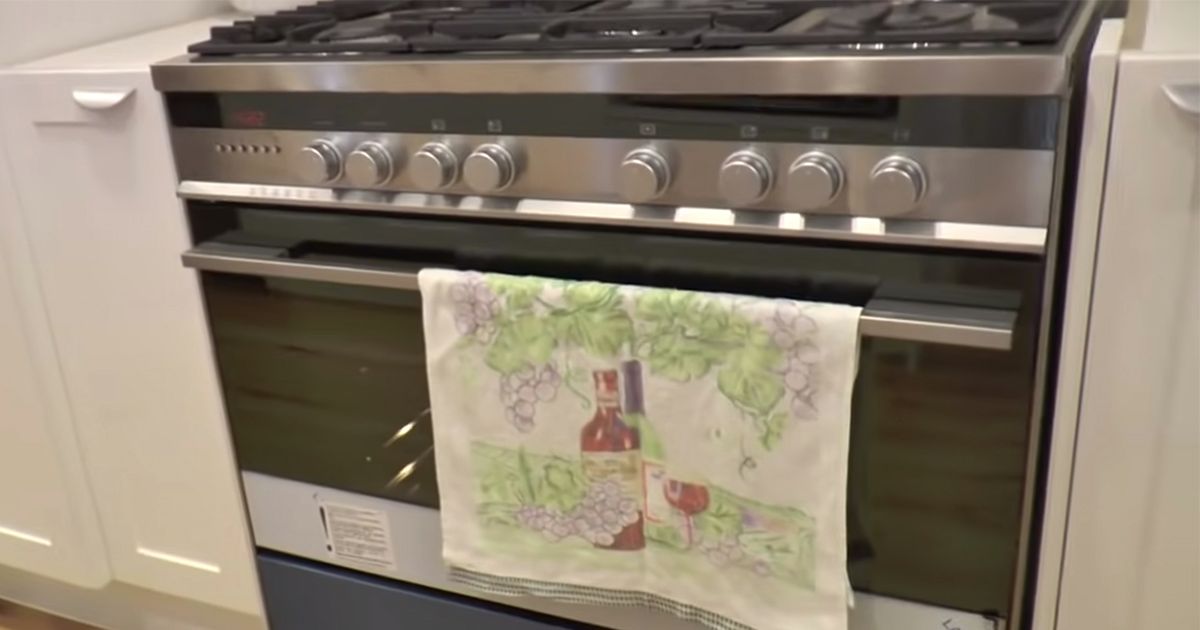 Claim:
A pregnant wife opened the oven and found something inside after her husband left her.
Rating:

In late December 2021, a strange online advertisement claimed that a pregnant woman found something in the oven after her husband left her. It read: "He Left Pregnant Wife. Weeks Later, She Opens Oven." A variation of the ad also said: "Husband Leaves 36 Weeks Pregnant Wife, She Finds This In Oven." The words "pregnant" and "oven" together often refer to the phrase "bun in the oven." However, this was about the oven in her kitchen.

Upon clicking the ad, we were led to a 50-page slideshow article with the headline: "After Her Husband Left Her, She Saw Something in the Oven that Changed Her Life." The first page read as follows:

Her face flushed as she stared at the monitor. Was she, in fact, looking at her own house? Three men appeared out of nowhere. When Amanda saw this, she felt shame, anger, and fear. She had no idea who they were and had not invited them. The camera then panned to the disorganized kitchen. She realized the men were involved. One of them walked up to the oven and opened the door without warning. She let out a shriek when she saw what was inside. She couldn’t believe she was in this situation. What was happening?

The story didn't contain any last names, location details, and lacked other information that news articles typically feature. We initially believed it was all perhaps made up for "entertainment purposes" as we had seen with other such stories in the past.

However, the story of the pregnant wife and the oven turned out to be true, despite the extra inclusion of a bit of dramatization and several unrelated pictures.

In April 2015, a radio show in Australia had quite a surprise for a woman who was about 36 weeks along in her pregnancy. She was identified only with her first name, Amanda, while on "The Kyle & Jackie O Show" on KIIS 1065 in Sydney.

It was true that her husband had recently left her after the couple had tried for around three years to conceive a child. The radio program surprised her with six months of cleaning services, three months of food, $4,000 in baby gifts, and a $1,000 baby photography voucher.

"Is there anything else left? Let's check the oven," Jackie O said. Inside the oven was $10,000 in Australian cash to help with the pregnant woman's mortgage. "I can't tell you how much that means," Amanda said. "That means I don't have to move right now."

The entire reveal was posted on the radio show's YouTube channel:

In sum, it was true that a pregnant wife whose husband left her found something in her oven: money. Amanda did not open the oven herself, nor did "three men" appear on the video monitor. However, the core of the claim was from a real story.