Is This Video of a 'Praying Hands' Cloud Formation Real? 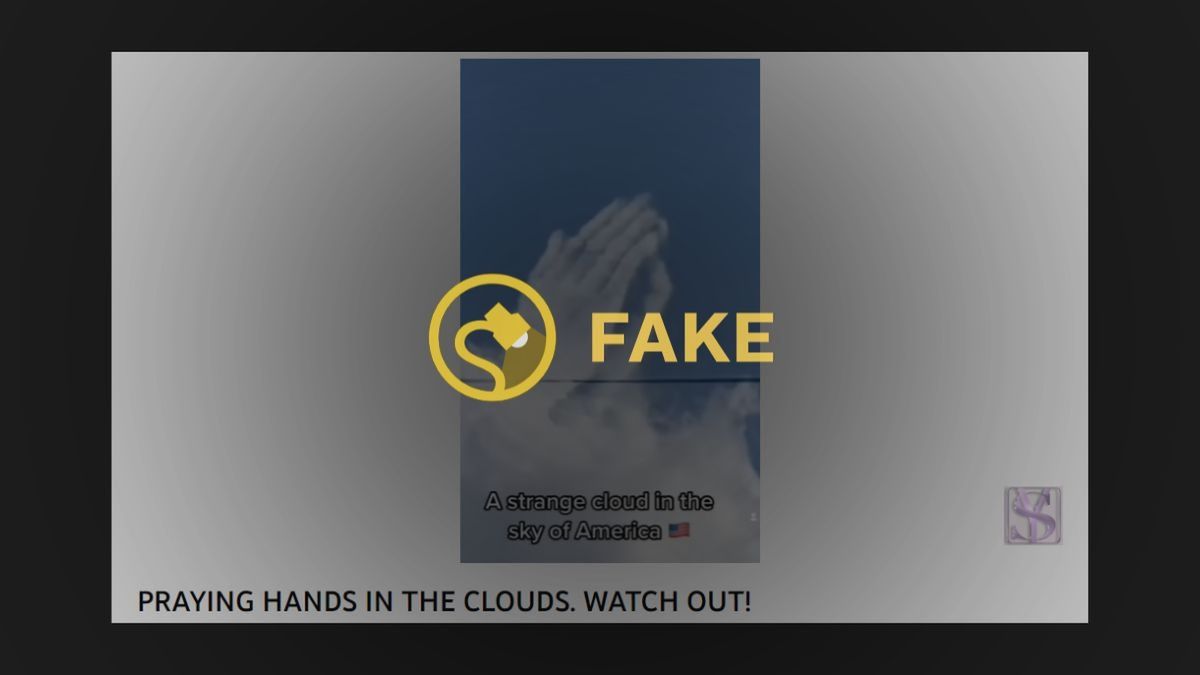 Claim:
A viral video authentically shows a cloud formation that looks uncannily like a pair of praying hands.
Rating:

It's not uncommon for the human eye to pick out familiar-seeming shapes among clouds in the sky, nor for the human mind to experience, however briefly, the sensation that such a resemblance is more than just coincidental. There's a name for this general phenomenon: pareidolia.

It's also not uncommon, especially in this era of digital image manipulation and virality, for human beings to fabricate "eerie" photographs along the same lines to share on social media. There's also a name for this general phenomenon: hoaxes.

A perfect example of the latter came to Snopes' attention in January 2023, in the form of a YouTube video (originally posted on TikTok) supposedly showing a cloud formation in the shape of shockingly detailed "praying hands." Watch:

Interestingly, in addition to the above video captioned "A strange cloud in the sky of America," a very similar video can be found elsewhere on YouTube with the caption, "The cloud appeared in the sky of Ukraine during the war." Here is a comparison between the two "cloud formations": 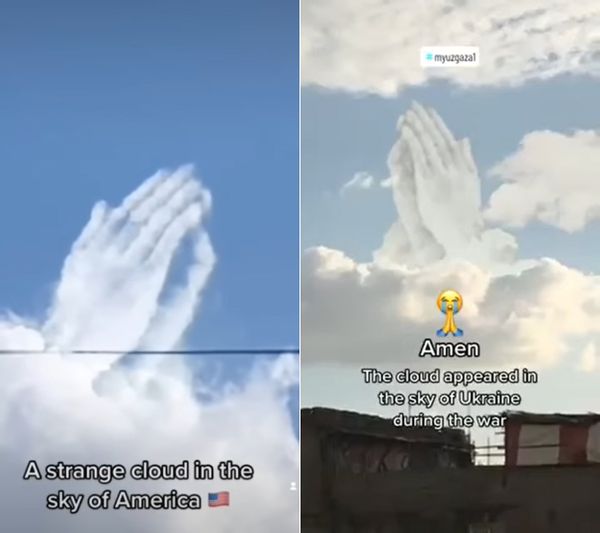 Note how artificial the "cloud hands" appear in both of these videos. Note, too, how similar to each other they appear — as if they were both modeled after the same source image. We found other specimens with the same similarities.

Clearly, these videos and photographs were the products of digital editing, not miraculous meteorological events. What source image might they have been modeled after? Our vote goes to this drawing of praying hands by the German artist Albrecht Durer, dating from about 1500: 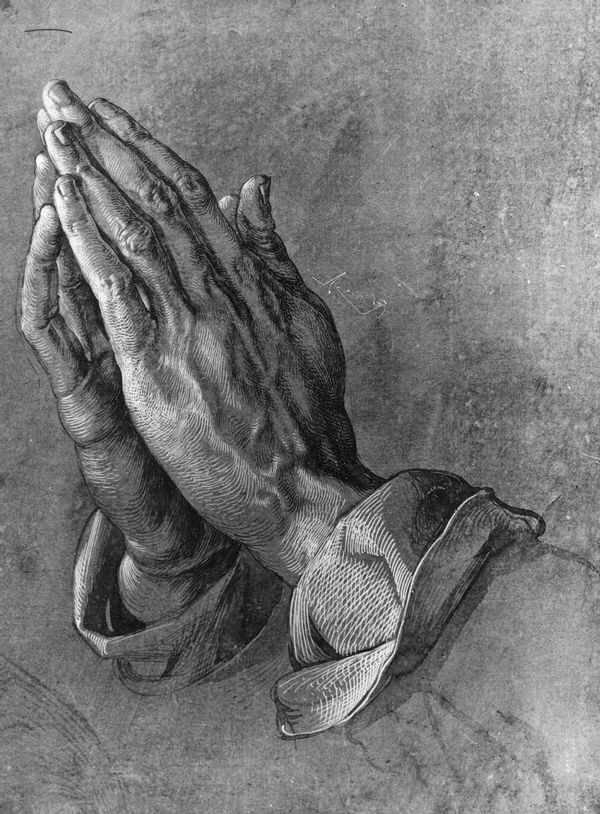