If a $1.3 billion Powerball jackpot were shared with every American, we'd all get about four bucks each. 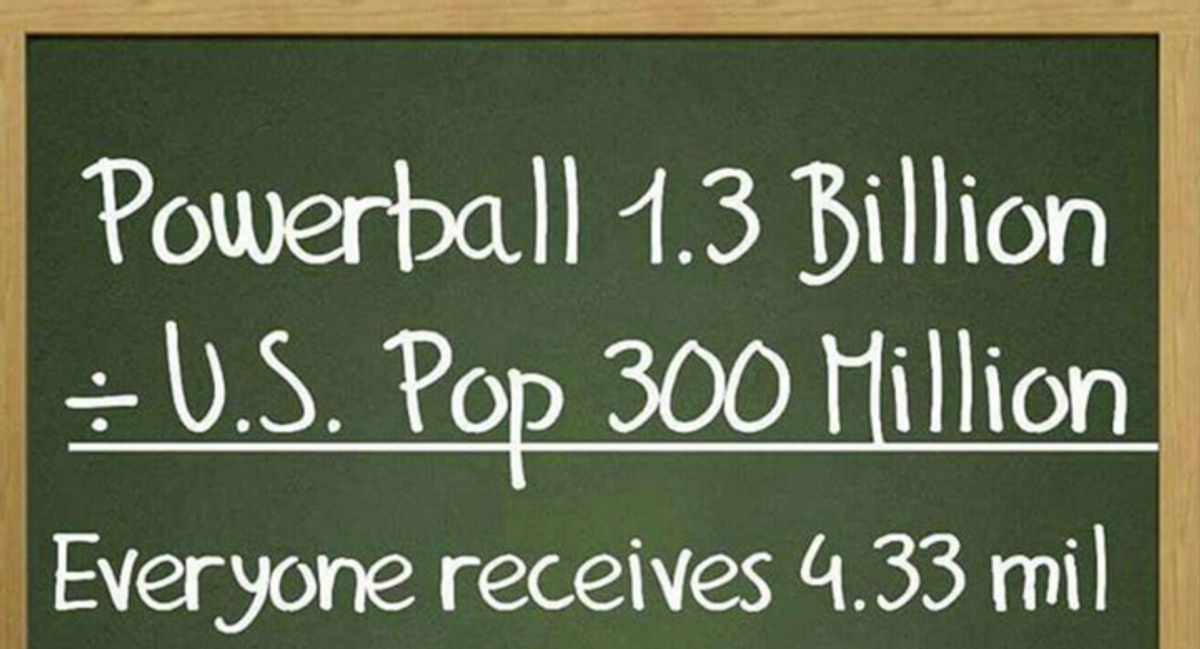 Claim:
If a $1.3 billion dollar Powerball jackpot were shared with every American, we'd all get $4 million each.
Rating:

In early January 2016, the multi-state Powerball lottery jackpot swelled to more than one billion dollars, the largest ever in its history. After a 9 January 2016 drawing failed to produce a winner (and sent the jackpot amount soaring even higher), memes began circulating similar to the above-reproduced image.

According to the math displayed in the image, should the eventual lucky winner divvy up his or her loot with every American, the shared bounty would be an astonishing $4 million per person. The meme went on to assert that the problem of poverty could be "solved" by this division (irrespective of the inevitable economic adjustments that would occur should every American suddenly become four million dollars richer).

Alas, the math presented in the meme was wildly off from real math. If $1.3 billion were divided among the current American population of roughly 322,820,000 ... we'd all get approximately $4.02 (almost enough for a Grande — that is to say, medium — beverage at Starbucks).

Although the meme proved popular in a time of increased Powerball jackpot interest, its claims didn't illustrate how simple solving the problem of poverty in America might be if Powerball proceeds were distributed to everyone rather than paid to a handful of winners. The misconception was similar to a viral July 2015 debate regarding the math of Obamacare: