No, Biden Didn't Give China Control Over the US Power Grid 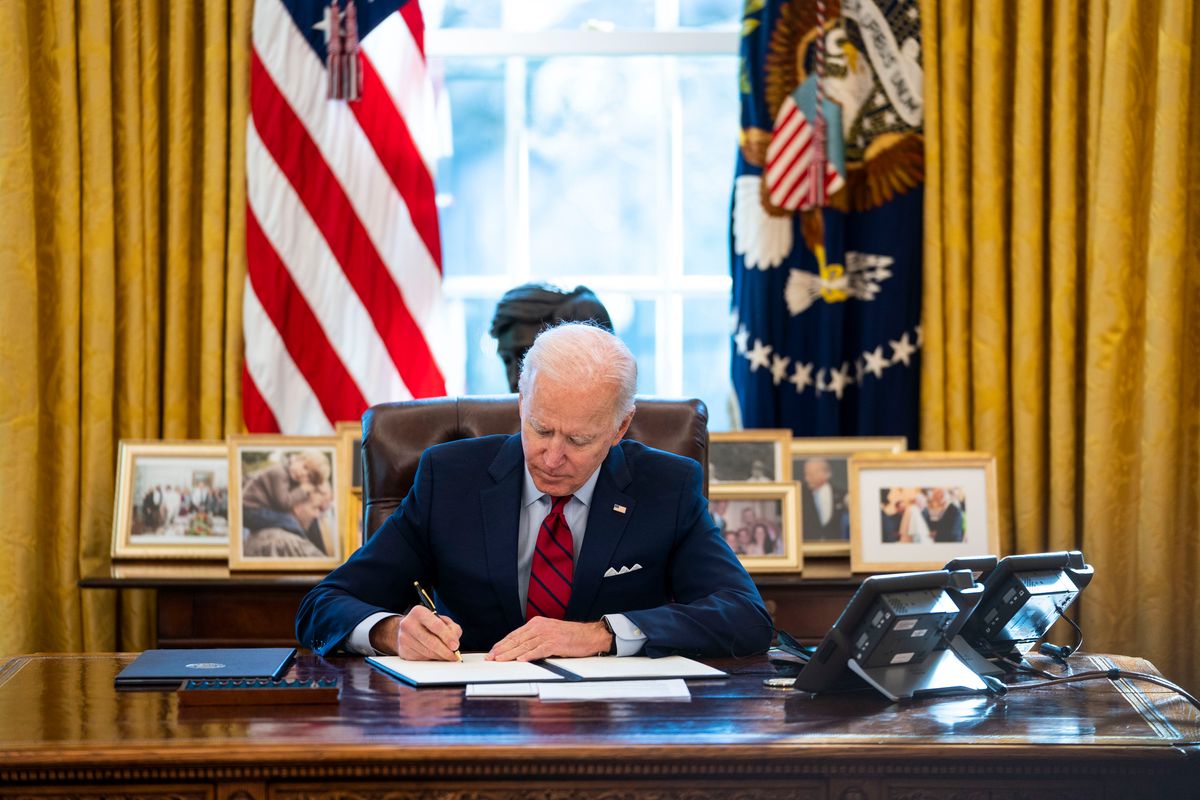 For example, the headline on an opinion piece published in the Washington Examiner on Jan. 27, 2021, read, "Biden’s order could let China control US electric grid."

Others took it a step further to falsely claim that Biden gave China access to the U.S. power grid, and it was China that caused millions of Texans to lose power during a brutal cold snap in February 2021. Here is one example, with the Twitter user's name cropped out for privacy reasons: First off, Biden didn't sign an executive order granting China access to or control over the U.S. power grid system. Biden signed an executive order suspending for 90 days an order by his predecessor, Donald Trump, that bars installation of equipment purchased from foreign adversaries into electrical infrastructure, so Biden's administration officials could evaluate Trump's order.

But that doesn't mean Biden gave China access to U.S. power grids. We will explain below.

The U.S. is served by three electrical grids — one that interconnects the western half of the U.S. and western Canada, another that interconnects the eastern half of the U.S. and eastern Canada, and a third grid that is the independent system serving most of Texas. These, along with a fourth grid serving Quebec, are usually referred to as the bulk-power system (BPS).

On May 1, 2020, Trump signed an executive order entitled "Securing the United States Bulk-Power System." Trump's order prohibited the purchase and use of bulk-power system electrical equipment "designed, developed, manufactured, or supplied, by persons owned by, controlled by, or subject to the jurisdiction or direction of a foreign adversary" to mitigate what it said was the potential threat of a cyberattack by foreign adversaries hacking into U.S. electrical systems.

On Dec. 17, 2020, Dan Brouillette, Trump's secretary of energy, issued a prohibition order stemming from Trump's May 1, 2020, executive order. Brouillette's order "prohibits utilities that supply critical defense facilities (CDF) from procuring from the People’s Republic of China, specific BPS electric equipment that poses an undue risk to the BPS, the security or resilience of critical infrastructure, the economy, national security, or safety and security of Americans."

In other words, Brouillette's order barred equipment purchased from China from being used in critical electrical infrastructure in the U.S.

On Jan. 20, 2021, Biden signed an executive order entitled, "Executive Order on Protecting Public Health and the Environment and Restoring Science to Tackle the Climate Crisis." The order suspended Trump's May 1 order for 90 days.

During those 90 days, Biden's order directs the U.S. secretary of energy and director of the Office of Management and Budget to "jointly consider whether to recommend that a replacement order be issued."

That does not mean that, while the order is suspended, China has 90 days of free access to electrical grids serving the United States. The U.S. Department of Energy said that during the suspension, utility providers must still refrain from installing equipment specified in Brouillette's prohibition order:

[During] this 90-day review period, Responsible Utilities will refrain from installation of bulk-power system electric equipment or programmable components specified in Attachment 1 of the Prohibition Order that is subject to foreign adversaries’ ownership, control, or influence, and that Responsible Utilities will continue to work with the Department on identifying and mitigating supply chain vulnerabilities. To ensure that security of the Nation’s bulk-power system is strengthened during this suspension, the Department requests that Responsible Utilities designate critical defense facilities as a priority load in the applicable system load shedding and restoration plans.

The Texas power grid is independently operated by the Electric Reliability Council of Texas (ERCOT), taking its policy direction primarily from state officials, not the federal government.

The Texas power grid didn't fail because of interference by China or any other external entity. It failed because when the state experienced Arctic temperatures that it isn't used to experiencing, demand for electricity spiked beyond what the grid was prepared to handle. State officials also failed to weatherize power-generating infrastructure from cold temperatures, which resulted in problems like natural gas supply lines and wind turbines freezing.

We reached out to the White House seeking further clarification on this subject but didn't get a response in time for publication. We will update this story when and if we hear back.