The controversial artwork was removed from the gallery's window after the business received numerous threats over it. 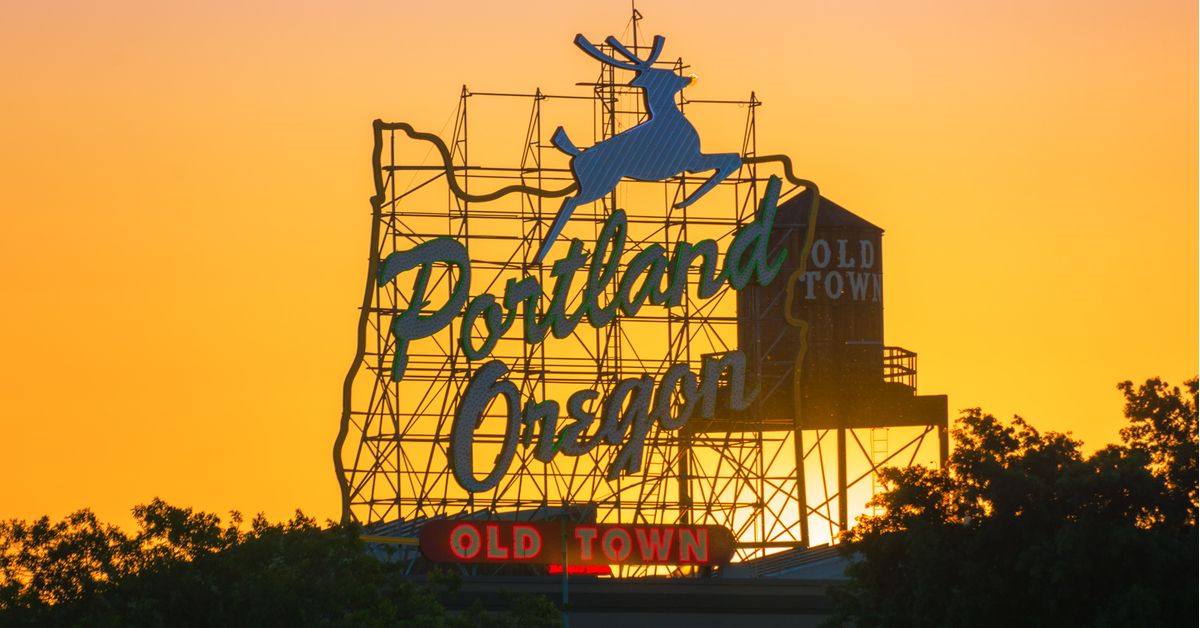 Claim:
A Portland at gallery displayed an artwork that depicted President Trump's throat being slit with a knife.
Rating:

In mid-July 2018, a controversy erupted over a graphic artwork displayed in the window of a Portland art gallery that depicted the violent slitting of President Donald Trump's throat with a knife. Although the story was covered by multiple news organizations, many viewers caught wind of it only through encountering the artwork in undetailed social media postings: This work truly did appear on the window of an art gallery in Portland. It was created by an artist known as "Compton Creep" and was displayed at the One Grand Gallery in Portland, Oregon, as part of a "Fuck You Mr. President" exhibit which opened on 13 July 2018:

An art gallery in Portland, Oregon, has been criticized for displaying a piece of artwork on the window that depicts President Donald Trump’s throat being cut with a knife with the words “F**k Trump” inscribed underneath.

The One Grand Gallery located at 1000 E Burnside Street in Portland, Oregon has a decal of Trump being slashed in the throat with a knife on its window. The photo of the artwork surfaced on Twitter on Tuesday, with many people slamming the gallery for posting the violent image.

The "Fuck You Mr President" exhibit featured a number of works critical of President Trump, and the gallery explained in an open call for submissions via their Instagram page that profits from the exhibit would be split between Planned Parenthood, the ACLU, and the National Immigration Law Center:

CALL TO ARTISTS: we hate the president and want to let him know. We’ll be holding a group show for our “Fuck You Mr. President” exhibit in July and are looking for poster design submissions. Swipe right for show info, and email your submissions to us to info@onegrandgallery.com. All profit from the sales of the prints will be equally split between @plannedparenthood, the @aclu_nationwide, and the National Immigration Law Center. #fucktrump

The gallery was particularly criticized for displaying the violent artwork in a window that faced onto a public street. The controversial decal is no longer on display in the gallery's window, having been removed after reports of violent threats:

A Portland art gallery has taken down controversial image depicting the beheading of President Trump.

One Grand Gallery on East Burnside had the image up in their window, but has since removed it after they say they received threats of violence.

Gallery organizers said proceeds from this exhibition are going to non-profit groups that have lost funding under the Trump administration.

A man identified as the founder of the gallery similarly told KPTV that the gallery had received "continuous threats" over the image:

A Portland art gallery has taken down a window illustration showing a knife to the throat of President Donald Trump.

According to a man who identified himself as the One Grand Gallery's founder, who refused to give his name and hid his face from a [TV] crew, the graphic image came down following continuous threats and a request from his landlord.

The man also declined to explain why the gallery put the image up in a window, which faces a public street and sidewalk.

Reporter Tyler Dumont: "But, I mean, you felt strong enough to put this out here?"

Gallery Founder: "Yeah, but people that are responding, are responding with such anger and violence. People want the gallery to go up in flames with my family."

KATU reported that in addition to the threats, the gallery also received a warning from the owners of the building stating that the display of the artwork was a violation of the gallery's lease: "The owner of the building [said] as soon as he found out about the image, he told the gallery they have 12 hours to remove the image or they were in breach of their lease."

Artist Compton Creep said of his work that "It should provoke your mind, even if it makes you uncomfortable, it should be thought provoking ... It's just art man, if you don't like it, don't look at it. If you dig it, cool."