Is This 'Porcupine Selfie' Image Real?

Regardless of what this picture shows, exercise caution when approaching a porcupine. 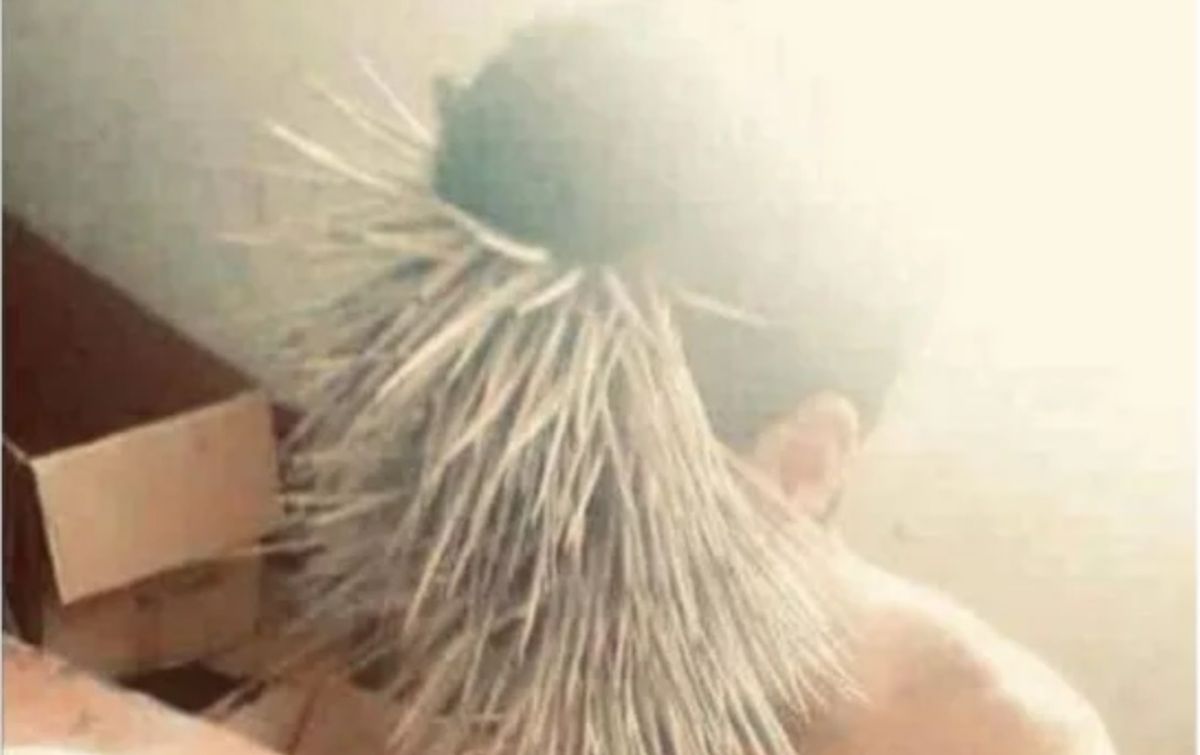 Claim:
A photograph shows the painful aftermath of a porcupine selfie.
Rating:

A startling image supposedly showing a tourist at Yellowstone National Park who received a face full of quills after taking a selfie with a porcupine is frequently circulated on social media: When the image was shared in June 2019, it was accompanied by a bit of text describing how this alleged "touron," a derogatory term that combines "tourist" and moron," managed to get his entire face and torso covered in porcupine quills:

California Tourist In Yellowstone Hospitalized After Taking Selfy with Porcupine

As Yellowstone’s tourist season starts hyping up, so do the amount of incidents between less evolved people we call, “tourons” and wild North American wake up calls we call, ”wild animals”.

This season is starting off with a bang! Literally, L## B######### of San Diego was touring the park when he came across what looked to be “a lovable giant ball of fur”. After noticing the slow nature of the strangely adorable creature, he asked his wife to take a photo of him hugging the sweet small yellow bear. L## handed his iPad to his wife, approached the cute critter from behind, then proceeded to bear hug the cuddly fur baby. That’s when lee discovered the medium dog size ball of cute fur was indeed a giant sized North American porcupine.

This is a genuine photograph that does not appear to have been digitally altered in any way. However, the image has nothing to do with "tourons," Yellowstone National Park, or porcupines. This photograph was taken circa May 2018 in Morocco and shows a student from the Institute of Fine Arts in Tetouan preparing for a performance art project.

According to the Morocco news outlet Le 360, this student covered his body in plastic needles and then took to the streets of Tetouan. The student's appearance was so startling that he was eventually stopped by local law enforcement:

One of the students of the Institute of Fine Arts in Tetouan chose to carry out a field experiment in the course of the course, to walk around with plastic needles attached to his body, a kind of physical expression of the abstract arts taught at the institute.

Source said that the traffic police officers stopped the student to confirm his identity and the follow-up to the study at the Institute in Tetouan before his release, last Saturday evening, highlighting that the student raised suspicion, suspicion and panic among the passers-by and citizens of the city of Tetouan.

A few photographs of this student standing in a highly trafficked area with a police officer can be seen in the following video report: