Did Pope Francis Say 'Being Homosexual Is Not a Crime’?

In an interview with The Associated Press, Pope Francis said God loves all his children as they are. 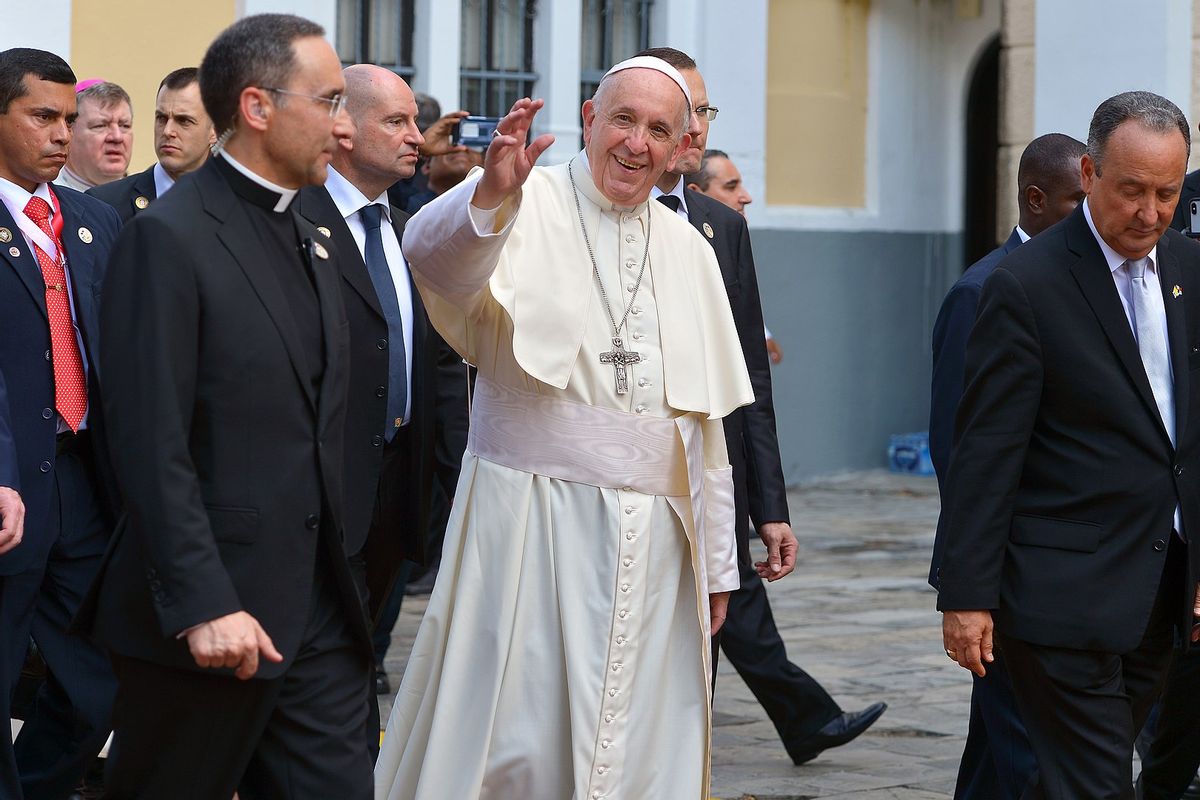 Claim:
Pope Francis said, “Being homosexual is not a crime. It’s not a crime. Yes, it’s a sin. Well, yes, but let’s make the distinction first between sin and crime."
Rating:

In a Jan. 24, 2023, interview with The Associated Press, Pope Francis criticized laws that criminalize homosexuality and said that Catholic bishops who support such laws should do more to welcome LGBTQ people into the church.

Francis acknowledged that homosexuality is sinful, but said it should not be criminalized. "It's not a crime. Yes, but it's a sin. Fine, but first let's distinguish between a sin and a crime," he said.

"It's also a sin to lack charity with one another," he continued.

He acknowledged that Catholic bishops around the world support laws that criminalize homosexuality and discriminate against the LGBTQ community, attributing it to differing cultural backgrounds. He added that such bishops should undergo a process of change within themselves and recognize everyone's dignity.

"These bishops have to have a process of conversion," he said, and they should apply "tenderness, please, as God has for each one of us."

Francis also quoted the Catechism of the Catholic Church, saying that gay people must be respected, welcomed, and not discriminated against.

"We are all children of God, and God loves us as we are and for the strength that each of us fights for our dignity," he said.

This is not the first time Francis has reached out to the gay community, starting with his 2013 declaration about the sexual orientation of priests, saying "If someone is gay and he searches for the Lord and has good will, who am I to judge?"

"We shouldn't marginalize people for this. They must be integrated into society," Francis said back then to reporters.

However, he was criticized for a 2021 decree from the Vatican's doctrine office which stated that the Catholic Church could not bless same-sex unions.

Around 67 countries and jurisdictions around the world have laws that criminalize consensual same-sex sexual activity, and 11 of those can or do impose the death penalty, according to the The Human Dignity Trust.

Francis' predecessor, Pope Benedict XVI, was notably more conservative on such matters, saying in 2012 that gay marriage was a threat to the traditional family that undermined "the future of humanity itself."

We rate this claim a "Correct Attribution."