Yet another retread of the same fake news story has Pope Francis offering his endorsement to a third U.S. presidential candidate. 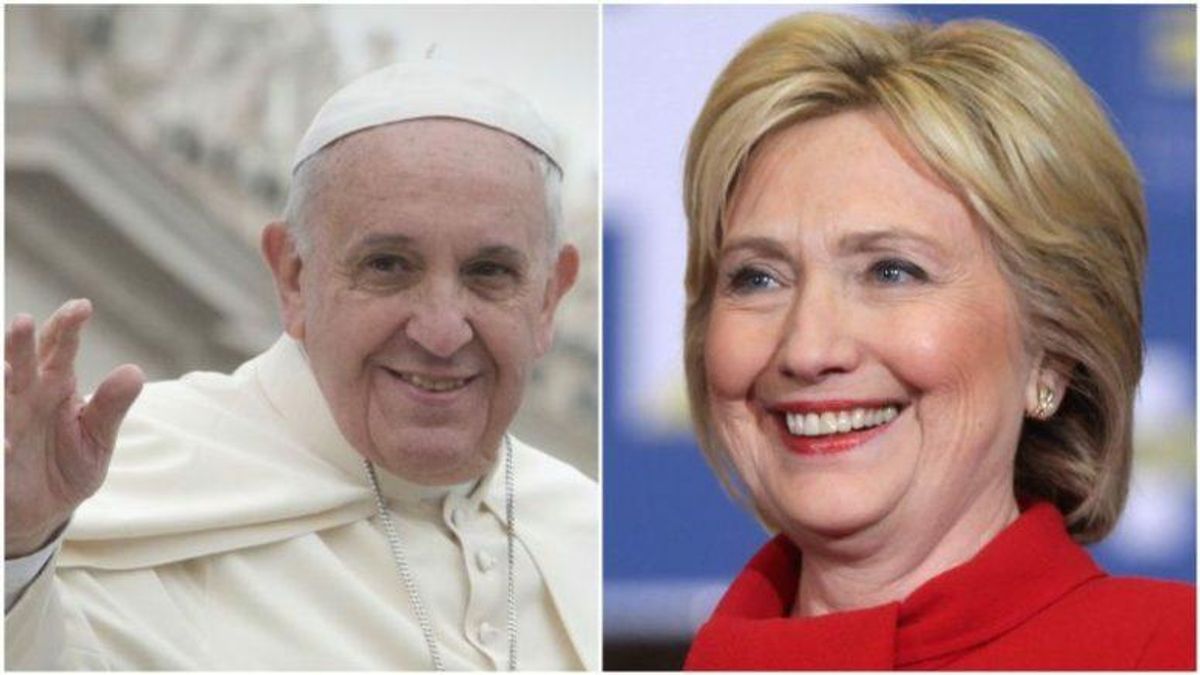 Pope Francis seems to be something of a political gadfly. Having broken with tradition and endorsed Democratic presidential candidate Bernie Sanders in October 2015, he turned around and endorsed Republican nominee Donald Trump in July 2016 and then immediately reversed himself yet again and endorsed Trump's rival in the presidential race, Hillary Clinton:

News outlets around the world are reporting on the news that Pope Francis has made the unprecedented decision to endorse a US presidential candidate. His statement in support of Hillary Clinton was released from the Vatican this evening:

“I have been hesitant to offer any kind of support for either candidate in the US presidential election but I now feel that to not voice my concern would be a dereliction of my duty as the Holy See. A strong and free America is vitally important in maintaining a strong and free world and in that sense what happens in American elections affects us all. With that at the forefront of my mind I must express my strong reservations about Mr. Donald Trump. His demeanor and temperament should preclude him from becoming President. I fear he may be disastrous to the security, stability, and prosperity of the United States and to the world. I believe that Secretary Clinton would be a better, more stable choice. Though I don’t agree with Secretary Clinton on some issues I’m asking, not as the Holy Father, but as a concerned citizen of the world that Americans vote for Hillary Clinton for President of the United States.”

What's going on? Is the Holy Father having a difficult time making up his mind whom he'd most like to see move into the White House come 2017?

What's going on is that fake news perpetrators tend to be a rather unimaginative lot, using the same story templates over and over again and simply changing a few of the details. So they steal from each other and borrow from themselves in their quest to generate advertising revenue from fabricated clickbait "news" stories while putting in as little actual work as possible. So presto, the Internet gets multiple versions of the same false story about a pontiff's publicly announcing his presidential preference.

In this case the offender is the nascent KYPO 6 News, one of a series of fake news sites with common ownership that attempt to lure readers by masquerading as the online arm of local television news outlets:

kypo6.com is a fantasy news website. Most articles on kypo6.com are satire or pure fantasy.