Did Pope Benedict XVI Request that Biden Not Attend His Funeral?

The lack of an invitation does not indicate a particular dislike for the U.S. president. 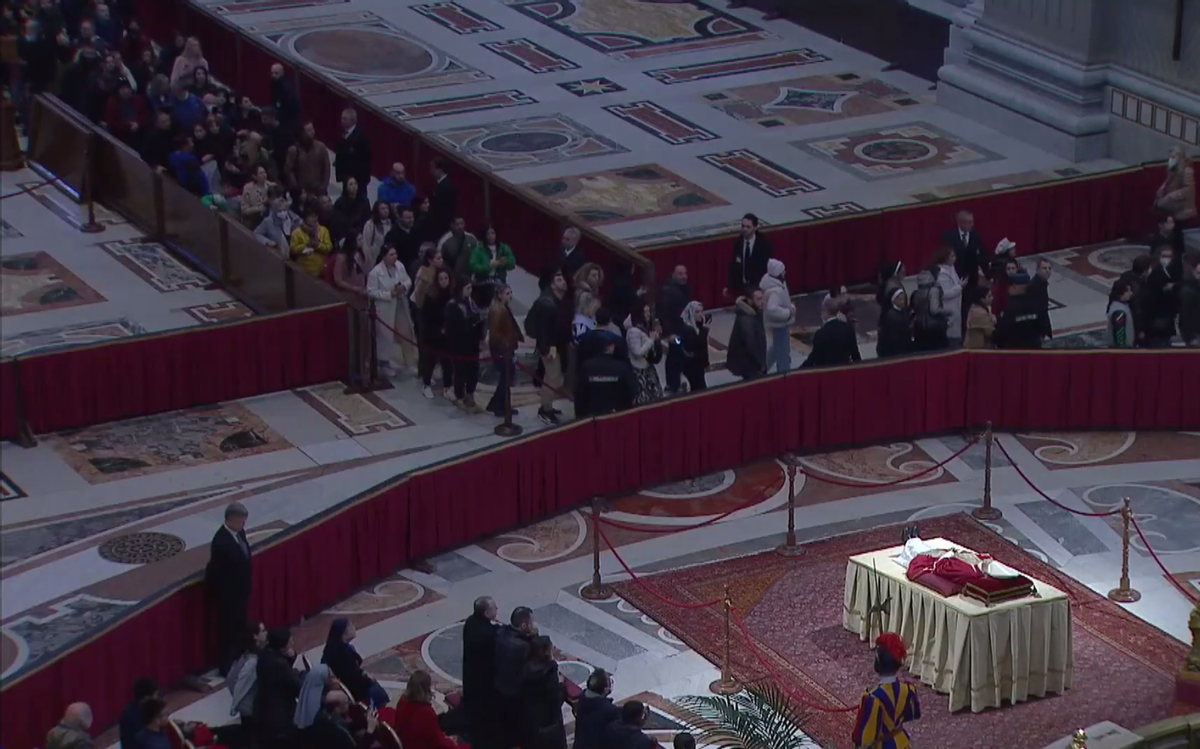 Italy and Germany were the only two countries with official delegations at the funeral. The U.S. ambassador to the Holy See, Joe Donnelly, also attended the funeral. Other heads of state were present in unofficial capacities. There is no evidence that Biden was specifically excluded.

When Pope Emeritus Benedict XVI died on Dec. 31, 2022, leaders around the world, including U.S. President Joe Biden, spoke out to commemorate him. But some news media outlets suggested that Biden, who is Catholic, had specifically not been invited to the pope's funeral.

Newsmax claimed that Benedict XVI explicitly requested that Biden not be invited to the funeral.

Fox News described an "awkward" exchange between Biden and a reporter who asked him why he was not attending. Biden replied, "You know why," and added, "The reason I'm not attending the funeral tomorrow is it would take an entourage of a thousand people to show up [...] We would move everything in the wrong direction."

The Newsmax post, while citing White House Press Secretary Karine Jean-Pierre, misrepresented her statement, implying that the pope's request was specifically to exclude Biden. Jean-Pierre actually said the following in response to a question about whether the U.S. was sending a delegation to the funeral:

So, as the President said in his statement, as I'm sure you saw, he joins Catholics and so many others around the world in mourning the passing of Pope Emeritus Benedict XVI.  He will always remember the Pope's generosity and meaningful conversation they had when he visited the Vatican in 2011.

So, to answer your question, the U.S. Ambassador to the Holy See, Joe Donnelly, will represent the United States at the funeral of the Pope, in line with the wishes of the late Pope and the Vatican. This is what — this is what their requests were.  This is what their wishes were.  And so, that's what you're seeing from the U.S.

Vatican spokesperson Matteo Bruni told reporters that "following the wishes of the pope emeritus, the funeral will be held under the sign of simplicity," adding that it would be a "solemn but sober funeral."

"The express request on the part of the emeritus pope is that everything be simple, both with regard to the funeral as well as the other celebrations and gestures during this time of pain," he said.

The Vatican only invited two official delegations to the funeral, from Italy and Germany, which was Benedict XVI's home country. The Holy See Press Office statement reads: "The official Delegations present will be those of Germany and Italy."

However, some heads of state and royals confirmed they would attend in unofficial capacities, including leaders from Poland, Hungary, and Slovenia.

Nowhere is there evidence to indicate that the pope specifically requested that Biden not receive an invitation – indeed, only two official state delegations are attending, with other world leaders opting to be present unofficially without a delegation.