Is This Pop Rocks Ad a Real and 'Banned' TV Commercial?

Social media posts claimed that the video was a real commercial for the Pop Rocks candy product that had been "banned" from being shown on TV. 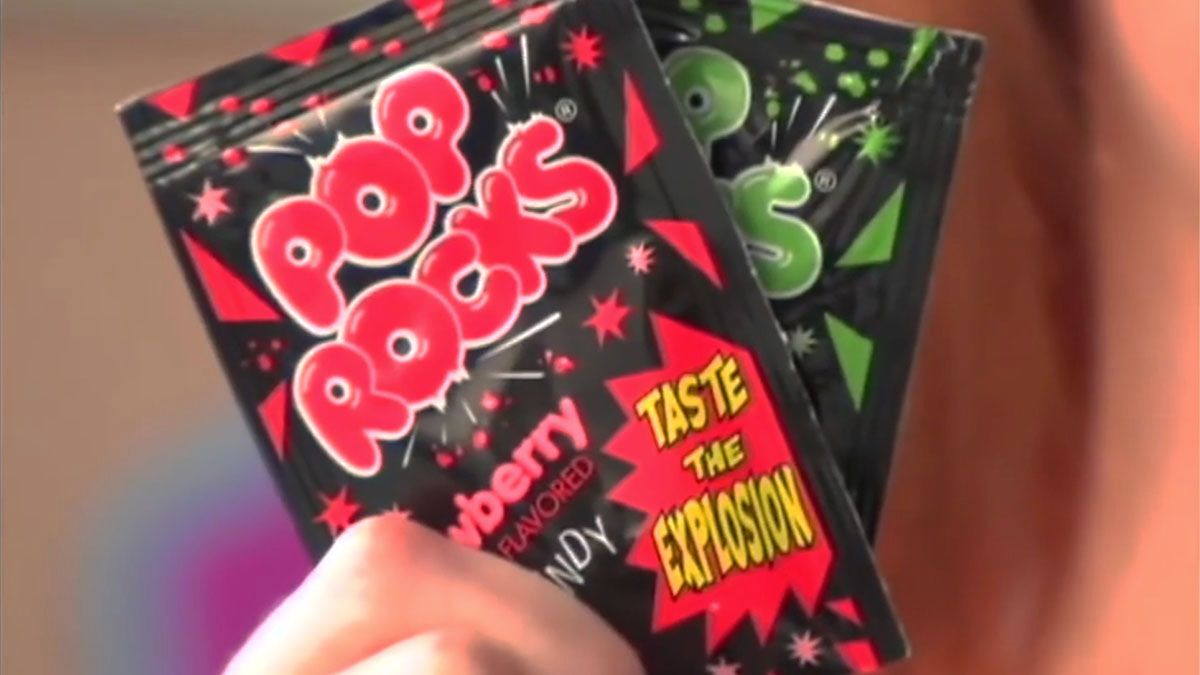 However, as some readers may have guessed, our findings indicated that this was a comedy sketch and not a real TV commercial. Further, we found no reporting in newspaper archives or online that indicated a Pop Rocks ad had been "banned" from TV, as some social media posts claimed. This sort of news, if it had happened, would likely have been widely reported.

What Are Pop Rocks?

The history of Pop Rocks goes back several decades. Despite this, some readers, whether residing in the U.S. or in other countries, may not be familiar with the candy.

"Pop Rocks are small pieces of hard candy that have been gasified with carbon dioxide under super-atmospheric pressure," says the Pop Rocks official website. "When these gasified sugar granules come in contact with moisture, in someone’s mouth or in a liquid, the gas retained inside the carbon dioxide bubbles is released, causing its characteristic popping sensation as well as crackling and fizzing sounds."

In the video, a female high school student receives an "F" grade on her assignment. In order to get a better grade, she approaches her male teacher and appears to perform oral sex on him behind his desk. He seems bored by the act and says, "At this rate, we'll be here all day." She then opens and consumes a package of strawberry-flavored Pop Rocks, which shows the tagline, "Taste the explosion." She continues the act, saying in the tagline, "Get your rocks off," which leads to him supposedly ejaculating on her face and giving her an "A+."

Looking for the Origins

The oldest version of the Pop Rocks video that we could find on YouTube was uploaded on June 9, 2007. This somewhat closely lined up with the calendar that was visible in the video at the 0:23 mark labeled, "High School Winter 2005-06 Sports Schedule."

So, who made the video?

The HD version of the video on Reddit showed the name "KC Gleason" on the school assignment. We noticed that this name was missing from other postings of the same clip. Nevertheless, we matched the name up with real-life actor KC Gleason, who appeared to be the girl in the video. According to Gleason's IMDb page, she was once cast in a 2008 episode of "Comedy Gumbo." She played "Awkward Girl," a role that didn't seem to match up with the Pop Rocks video. We found no further details about this show. Funny Or Die wasn't mentioned on her IMDb page.

We contacted Gleason, Funny Or Die, and Pop Rocks to ask if any of them had information about the clip. If readers find any further details about the origins of this video, feel free to contact us.

In sum, we found no evidence to indicate that the Pop Rocks video was a real TV commercial that had been "banned."

For further reading, we previously reported on the false rumor that Little Mikey of Life breakfast cereal fame died after mixing Pop Rocks with soda.

“As an Ingredient.” Pop Rocks, https://www.pop-rocks.com/as-an-ingredient/.